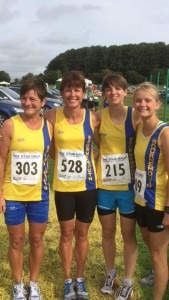 Poole AC proved yet again that they are the club to beat at the moment, winning both the mens’ and the ladies’ team prizes at the Stur Half Marathon, starting and finishing at Sturminster Newton on a beautiful, sunny Sunday 2 August. BAC still managed to make its presence felt, with second team placings for both men and ladies, and a number of individual prizes. Graeme Miller was the first of the BAC squad to finish, in 3rd place, with a PB for this course, followed closely by Toby Chapman, 5th, and Paul Dixon-Box, 6th, to complete the ‘Open’ team. Paul Hill and Ben Walliman completed the Dorset Road Race League team. Heidi Tregenza was the first BAC lady across the line, winning the prize for the first senior lady, with Nikki Sandell, who won the prize as the second veteran lady, and Gemma Bragg completing both the ‘Open’ and League teams. Louise Price was a very welcome addition to the ladies’ squad – there in case anything went wrong! As far as the League is concerned, it was the familiar situation of lacking the fifth BAC male runner in the top 10/15, which would have secured a League win, but thanks to Ben for ensuring we remain in contention! A quick look at the results indicated that BAC could have slipped to third in the League competition in this race, but there is reliable information that, after the non-League teams are taken out of the results, BAC secured a second League place, but it must be close!  No doubt the DRRL website will be updated shortly which will confirm the situation.  The BAC results for the Stur Half were: 3. Graeme Miller 1.17.38; 5. Toby Chapman 1.18.52; 6. Paul Dixon-Box 1.19.25; 10.Paul Hill 1.21.50; 45. Heidi Tregenza 1.28.51; 59. Nikki Sandell 1.31.05; 71. Ben Walliman 1.32.41; 92. Steve Cox 1.37.20; 99. Gemma Bragg 1.38.14; 124. Dave Parsons 1.41.46; 138. Andy Gillespie 1.43.00; 146. Tony Hunt 1.43.55; 193. Louise Price 1.51.18.  There were 380 finishers.  Spare a thought for Tony Hunt, who was seen in obvious difficulty on the course, walking, and even stopping, so, well done, Tony for sticking with it even though something was clearly wrong! 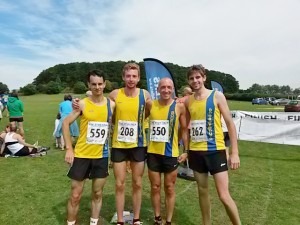 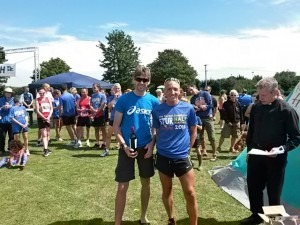 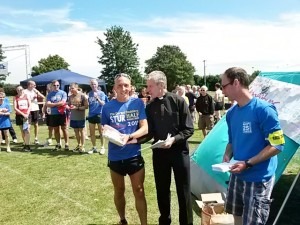 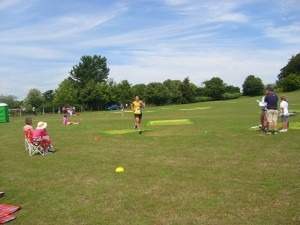 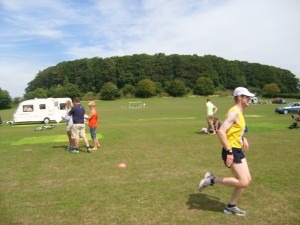 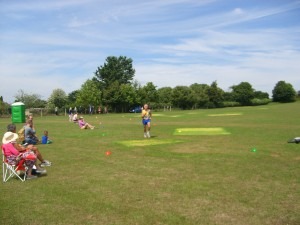 Well, at long last, Steve Way‘s blog – www.steveway.co.uk – is back! It describes Steve‘s highly successful attempt at a course record in the Round The Rock 2015 Ultra, a 46 mile race round the coast of Jersey.  Steve ran this race on 2 August with his marathon friend, Paul Martelletti, and both Steve and Paul completed the race together, holding hands at the finish, in 5 hrs 46 mins 4 secs, over an hour before the next competitor, to set a new course record.  With 6 weeks to go to the World 100k, hopefully this win marks Steve‘s return to fitness, particularly considering the difficult Jersey course, consisting of road, trail, cliff path, sand and “too many steps”. 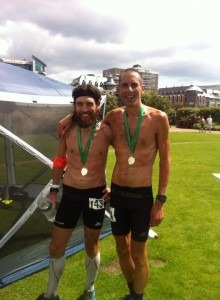 Not athletics, but worth reporting that also in action on 2 August was Caroline Rowley, who took part in the RideLondon-Surrey 100 mile cycle ride, an event which follows the Olympic cycle course, all roads closed, and features an amateur event before the professional race over the identical course.  Amateur it may be, but that detracts nothing from the considerable challenge faced by the participants, and Caroline is rightly proud of her finishing time of 5 hr 24 mins. 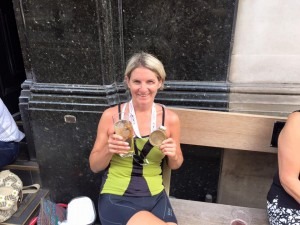