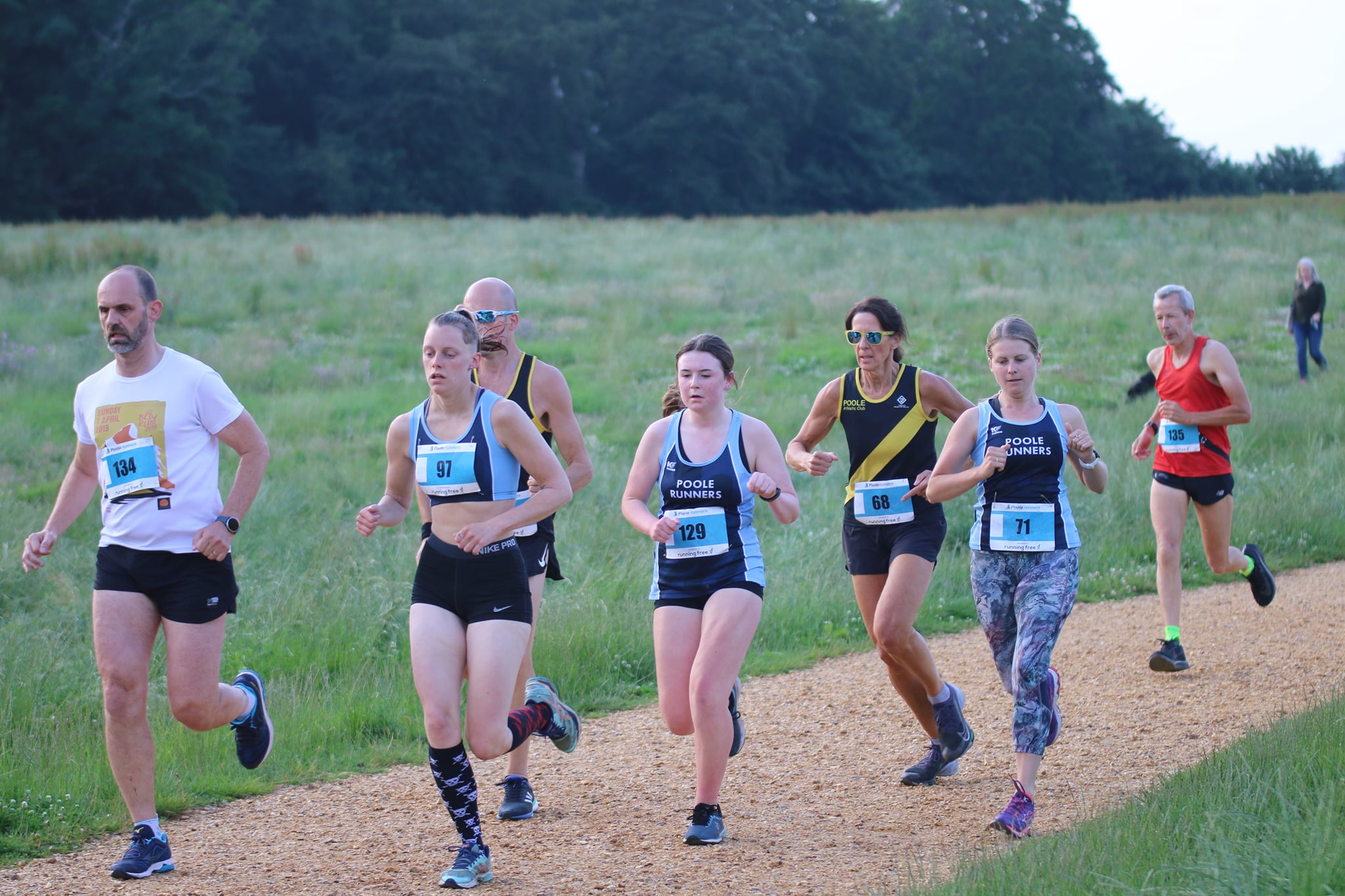 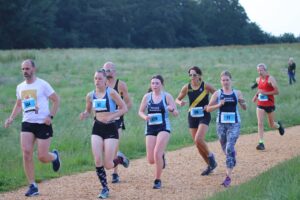 The Upton Summer Series rolled on with four out of the five Bournemouth AC members who featured in the first race back in the action for the second showdown.

That them a chance to see if they could better their times from the previous round over the exact same 5.5km route round Upton Country Park.

After setting himself a target of sub-26-minutes for the series, Ian White record a time of 26:15 for the first race. But a watch malfunction left him unable to monitor his pace at the beginning of the race which resulted in him struggling towards the end that day.

This time he was looking for a more even paced effort. That saw him start with a 7:02 for the first mile. He then followed that up with a 7:17 for mile two and 7:29 for mile three.

Finishing at 7:15 pace for the last half a mile, he got over the line in 25:41, meaning he’d smashed his sub-26 target. It was a very pleasing result for Ian and he was delighted with the fruits of his labour. That put him in 56th place overall and 7th in the Male 50-54 category. 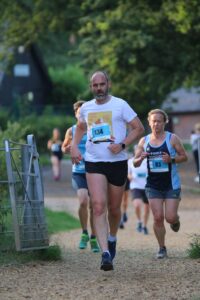 Ian was chuffed to bits after hitting his race target for the series in the second race!!

As for Katrina White, she clocked a time of 27:30 in the first race so she was looking to improve on that. She started off a bit quick this time which resulted in her slowing down slightly in the third mile but it was a great run from Katrina and she finished with a time of 27:14. That put her in 83rd place overall and 17th placed female. 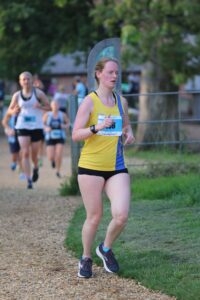 Nikki Whittaker suffered a bit in the heat in the first race so she was glad that it wasn’t quite so humid this time round. Finishing in a time of 29:38, she improved on her time from the first race by six minutes. That put her in 120th place in the overall standings and 38th woman. 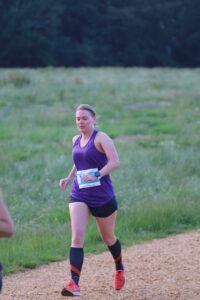 That put her in 125th position overall and 43rd female. In the the Female 50-54 category she was 7th. Whilst she was disappointed not beat her previous time, she was glad that it wasn’t slower at least!! In the team competition, Katrina, Nikki and Sam were the fifth fastest female trio. 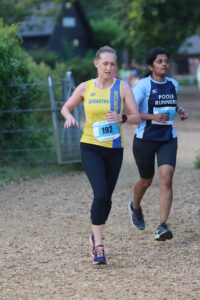 Matthew Brown of Littledown Harriers picked up the win this time round, finishing in a time of 19:10. He was followed by Brian Underwood of Poole AC who got round in 19:26. John Ingleson took 3rd place in a time of 19:38, with Tom Andrews and Lytchett Manor Striders sealing 4th in a time of 20:11.

Fern Kimber of Poole AC was 1st female, completing the course in 22:03, putting her in 21st place overall. Then it was Charlotte Bunch of Poole Runners clocking a time of 22:32 which put her in 25th place overall.

Susie Hill was 3rd female in 23:01 which put her in 30th overall. A total of 199 runners successfully complete Race 2 of the Upton Summer Series.

In the series standings after the first two races, Matthew Brown is leading with a 1st and a 3rd place. Brian Underwood is 2nd with a 2nd and a 7th place. Then it’s John Ingleson with a 3rd and a 6th place followed by Tom Andrews with a 4th and a 9th place.

Ian White is currently 47th in the series standings and Katrina is 67th. Nikki is 94th and Sam is 99th. That’s out of 167 who have done both races. 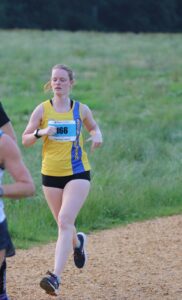 In the female rankings, Charlotte Bunch is leading the way with a 1st and 2nd. Then it’s Joanna Westhead with a 3rd and a 4th and Lesley Moore with a 5th place in both races.

Katrina is currently 13th quickest female of the series so far, with Nikki in 25th and Sam in 29th out of the 79 who have done both races. 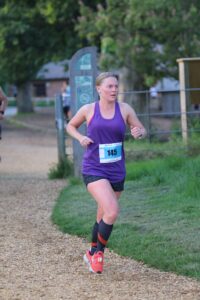 Out of the male teams, Poole AC lead the way with two wins out of two, followed by Littledown Harriers who have recorded a 2nd and a 3rd place.

The next target for Ian will be to consolidate his sub-26-minute run by doing it again. Then after that he could potentially look to run each mile at under 7 minute mile pace. It would be a tough ask but knowing Ian, he’s sure to give it a good go.

Katrina is hoping for a sub-27 time by the end of the series and considering she’s already down to 27:14 and made such a good improvement in the second race, if she can get her pacing right, she’ll certainly be on for it.