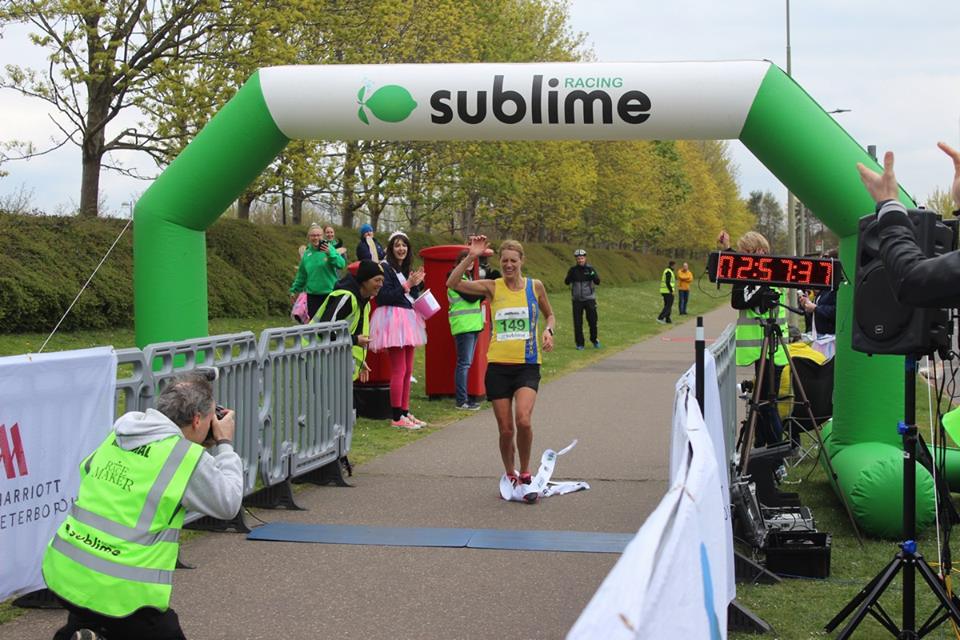 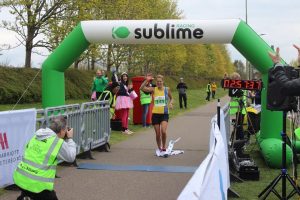 This time last year Emma Caplan was pregnant with her second baby girl. Nine months after giving birth, she found herself taking to the start line for the Peterborough marathon. That tells you all you need to know about Emma’s drive and determination – and above all, her love for running.

Far from being content to do just do the marathon though, Emma had set her sights on a sub-three-hour finish and had been through a focused and rigorous training programme to get her into the best physical shape for the challenge ahead.

Her original plan was to run the Boston Marathon in Lincolnshire, but just six weeks before the day of the race they announced that the inaugural Peterborough Marathon would be taking place on the same day. The location was ideal for Emma is it was just five minutes from her Dad’s house, so she decided to enter that instead.

The aim was still she same though for Emma an she showed tremendous dedication to the cause in training, putting in some high mileage and executing some disciplined and well-paced training runs and races.

With entries only up to 200 the race was conducted on a fairly small scale, with the idea that this would be the soft launch for a bigger event in a year’s time.

The route was predominantly flat, taking in the spectacular sights of the River Nene, the Green Wheel network of cycle routes and the beautiful Ferry Meadows within the grounds of Nene Park.

Although the full distance was on tarmac, 95% of it was off the road, so traffic free, with some narrow, twisty pathways to negotiate and at least 10 bridges. That made it perhaps not quite as fast as as a regular road marathon might be.

There was a three-hour pacer there and Emma was one of six people who decided to use the tactic of staying with the pacer as they went round. 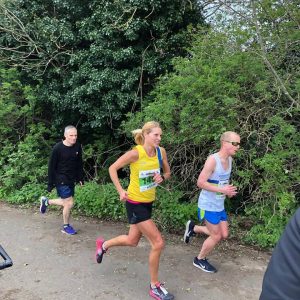 Feeling okay going along at the pace that was being set by the pacer, once she got to the 20th mile, Emma began to really believe she might achieve the sub-three she’d trained for. That gave her a huge boost.

Each  other five runners who had attempted to go with the pacer had fallen away one by one meaning Emma was the only one left. Holding up very well in the latter stages, Emma pushed on through to finish as 1st lady and 4th place overall with a time of 2:57:36. 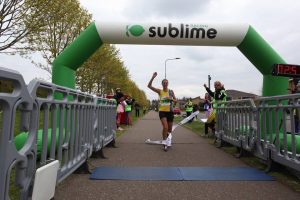 Emma hoists an arm triumphantly as she crosses the line

That put her over 15 minutes ahead of the 2nd placed female, Nancy Connolly, who was 10th overall, completing the course in a time of 3:13:03. It was a truly magnificent performance from Emma and she was over the moon that it had all come together nicely on the day. 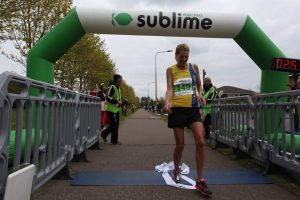 Emma had given absolutely everything she’s got

It had been a tough road in the 12 weeks leading up to it and she’d had some difficult times trying to juggle the training with motherhood, as well as working as well. 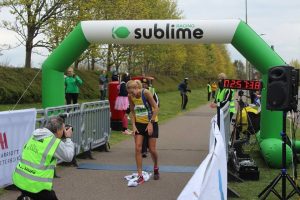 She hit a few curveballs on the way too, including the unenviable occurrence of both her girls catching chicken pox during her biggest training week.

Thankfully her husband Sam was very supportive in looking after the girls whilst Emma was out running. She also had a coach who gave her a great plan with just the right amount of training for a busy working mum. 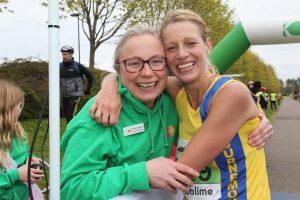 All the pain and sacrifice was worthwhile in the end though for Emma as she had achieved what she had set out to do and through sheer hard work and determination, her dreams of becoming a sub-three marathon runner had been realised. 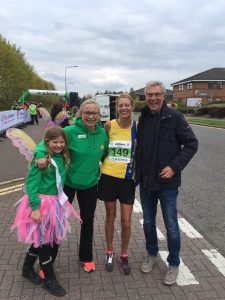 Emma celebrates a fantastic performance that she thoroughly deserved