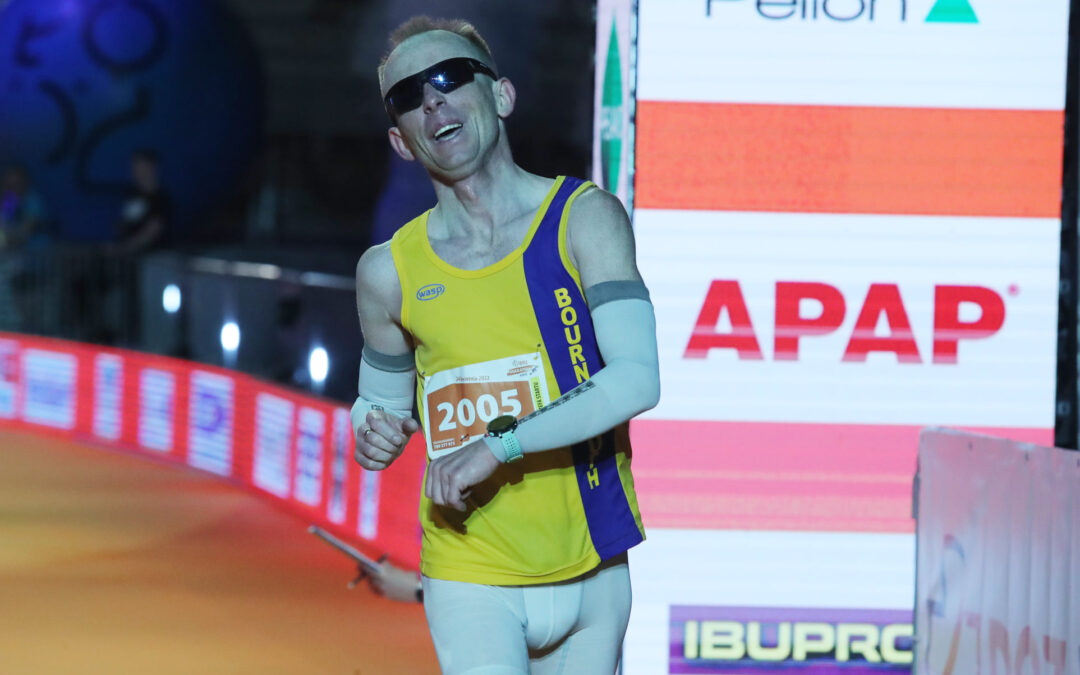 Proving to be a great addition to the Bournemouth AC ranks since his arrival last year, Szymon Chojnacki has been going from strength to strength and his drive to succeed and to spur others on to do the same has been refreshing.

Whilst he has his own individual goals, Szymon is also a real team player and loves to get involved in training sessions and competitions, turning out for three of the Hampshire Cross Country League fixtures last season, unafraid to pit himself against the very best.

He also competed in the Southern Men’s 12 Stage Relays over in Milton Keynes when he had a superb run to assist the team in qualifying for the National Road Relays in Sutton Coldfield.

His colourful enthusiasm around the camp has also helped raise team spirit amongst the group and has been a positive influence. On top of that he remains motivated and committed in his own training sessions as well and had worked hard to put himself in the best physical condition he could for DOZ Maraton Łódź.

For that one, he would be heading back to his native Poland for a race that was to be the focus of his Spring marathon training. The route incorporates several high profile landmarks including Manufaktura, which is an arts centre, shopping mall, and leisure complex in Łódź, the Izrael Poznański Palace, Wolności Square which is right in the centre of Łódź, Łódź Fabryczna which is the largest and most modern railway station in the city of Łódź, EC1 Miasto Kulktary which is a building for science exhibits and cultural events and Stadion Miejski – home to football team Jagiellonia Białystok.

That was all very impressive but Szymon wasn’t there for sight seeing. He was there to fulfil an important running goal and he was hoping for a big PB. In fact, he was looking for a time of around 2 hours 40 minutes.

Signalling his intent from the get-go, Symon hit the ground running with a 5:58 mile followed by a 5:51 second mile. Then for the next five miles he was around 6 minutes per mile or just over before hitting a hill on the eighth mile. From the 10th mile to the 14th mile there was some steady climbing, which Szymon managed well, keeping between 6:05 and 6:20 pace roughly.

After that it was back on a predominantly downward trajectory up to mile 20, which the exception of a couple of small inclines along the way. Szymon’s pace was still pretty good at between 6 and 6:20 pace for the majority of the miles.

There was a mild incline on mile 20 before miles 21, 22 and 23 continued on a slight downhill curve. Symon was going at around 6:15 pace for miles 22 to 24 in a tremendous show of strength and endurance. He ended his race with 6:19 and a 6:28 splits before completing the remaining 0.38 miles to conclude the run.

Finishing in a time of 2:43:18, it was a marvellous performance from Symon and put him in 17th position overall. He was also 4th in the M40 category which was a terrific result in a marathon that featured almost 2,000 runners. On top of that he received a trophy for finishing as 2nd placed local born runner, since he is actually from Łódź. 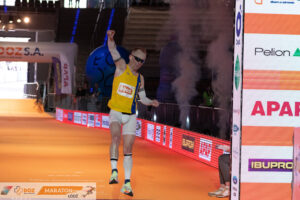 Szymon had danced his way to an impressive 2:43:18 effort

It was an improvement of almost 12 minutes on the time he produced in the ABP Southampton Marathon in September last year, so it represented massive progression for Szymon and was a great indication of the kind of performances he could be capable of going forward. 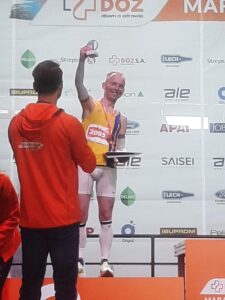 Szymon was awarded a trophy for 2nd placed local runner, given that he originally came from Łódź

The winner of the Łódź Marathon was Andrzej Rogiewicz and he finished in exactly 2 hours 20 minutes. That was just enough to edge out Krystof Gosiewski who got round in 20:20:56. They ensured that Kenyan star Boniface Wambua Nduva had to settle for 3rd place, recording a time of 2:22:16.

Byelorussian athlete Taras Telovsky was the only other man to get in under 2:30, taking 4th place in a time of 2:28:14.

The top female in the race was Lithuanian woman Remalda Kergyte who finished in a time of 2:40:21, putting her 12th overall. Then it was Ewa Jagielska who completed the course in 2:46:09 putting her 26th overall and Justyna Karolczak, who was 31st overall in a time of 2:46:32. 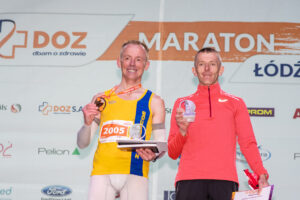 The time catapulted Szymon into 62nd place on the BAC all time best marathons list, just ahead of Sanjai Sharma, Mike Hoey and Simon Way, who all did theirs at London, and just behind Manual Dimitrov’s Frankfurt time and Jez Bragg’s Manchester Marathon of 2014.

Szymon wouldn’t have too much time to rest before he took on the Ranelagh Half Marathon a couple of weeks later. In the long term though, he’ll be focusing his attentions on the ABP Newport Wales Marathon which takes place on Sunday 23rd October. if he can get a good block of training in over the summer, he’ll be hoping to improve on his PB time even further in that one.