Szymon ramps it up for Ranelagh Harriers Richmond Half Marathon 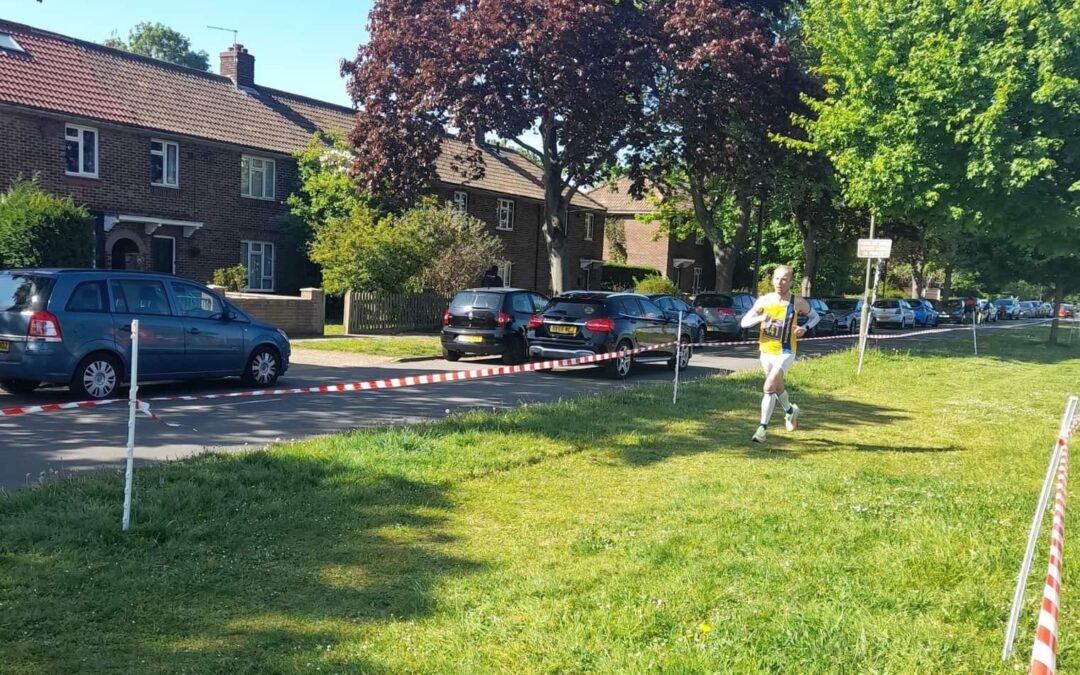 Just two weeks on from his exhilarating marathon PB of 2:43:18 at DOZ Łódź, Szymon Chojnacki was back in action at the Ranelagh Harriers Richmond Half Marathon in a race that would see him return to his old stomping ground.

Before moving down to the south coast, Szymon was based in the Richmond area and was representing Ranelagh Harriers. The Half Marathon event, put on by his former club, gave him the chance to hook up with some former teammates and showcase the progress he’d made since relocating down south and joining Bournemouth AC.

The route was fast and flat, running through Richmond and Twickenham before heading down to Hampton Court Bridge and back up along the towpath by the River Thames to Ham. It was a Surrey Road League fixture as well as being the designated Surrey Half Marathon Championships.

That ensured there would be some top opposition for Szymon to contend with as he took to the start line. It was actually the race where Szymon secured his half marathon PB of 1:15:25. Since it was only two weeks after his marathon, it was always going to be tricky for him to challenge that time on this occasion but in the form he was in, anything was possible. 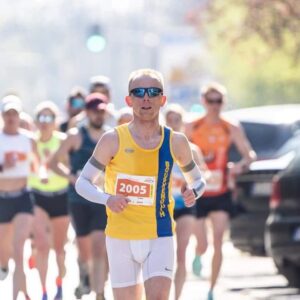 Opening with a lightening quick 5:19 minute mile, Szymon signalled his intentions from the outset. Then he settled into a more sustainable speed, registering a 5:45 for the second mile and a 5:39 third mile.

His next five miles were around 5:50 pace taking him up to mile 9. Although it’s a very flat route, there was a gravelly surface to contend with when going along the towpath next to the Thames and that caused Symon’s pace to drop a touch to just over 6 minutes for the next couple of miles. 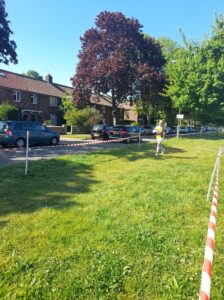 He picked it back up again for the 11th mile though, getting back to around 5:50 pace before finishing with a strong final mile of 5:47. Then he blasted down the home straight for a finishing time of 1:16:14.

That put him in 14th place in the overall standings out of a field of 323 finishers. Whilst it wasn’t quite as quick as his previous run in this event, or his performance in the Bournemouth Bay Half Marathon in April, it was still a decent effort from Szymon. And with only two weeks having passed since his marathon, those exertions were bound to still be in his legs. 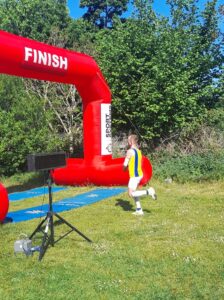 Szymon reaches the finish line in 14th place clocking a time of 1:16:14

Woking AC’s star man Ben Goddard picked up the win in a time of 1:11:17 which was just enough to see off the challenge from his teammate John Hutchins who took the runner up spot in 1:11:40.

Thomas Almond of Reigate Priory was 3rd in a time of 1:13:20 with Chris Fawcett of Hart Road Runners taking 4th in 1:13:38. The first Ranelagh Harriers man to cross the line was Marc Leyshon who got round in 1:15:32, giving him a place in the top ten.

Following that performance up with a parkrun first place at Kings Park the following weekend, Szymon continued to press on and work hard in preparation for his next challenge. 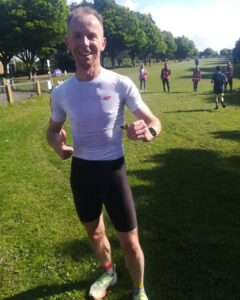