Tag and Graeme Miller cover the distance in Cabbage Patch 10 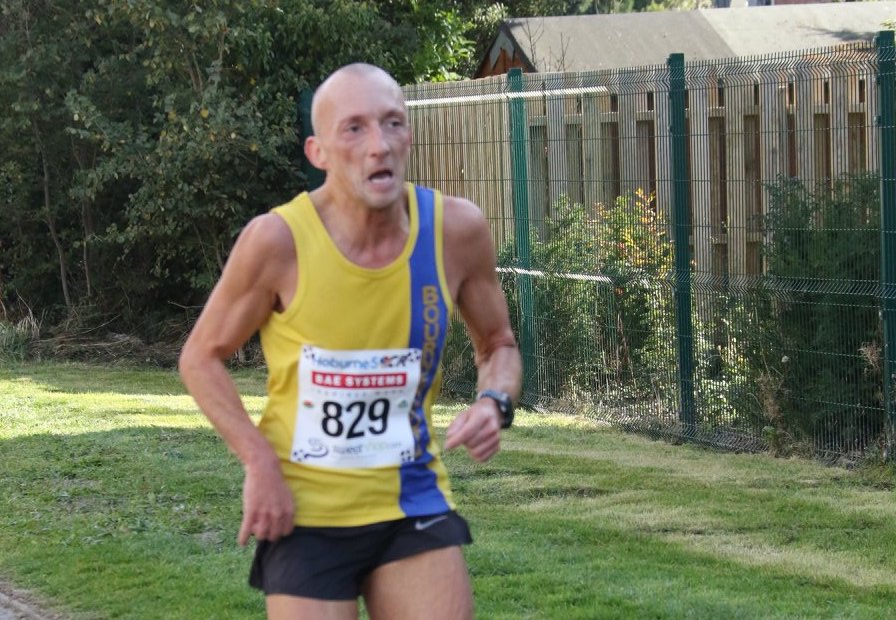 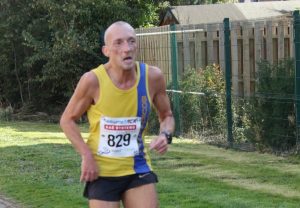 On the very the course where he set his 10-mile PB back in 2014, Graeme Miller was taking on the Cabbage Patch 10 for the third year running

The Cabbage Patch 10 is a race that Graeme Miller does virtually every year and he usually does pretty well in it as well. Last year he posted a time of 61:13 and in previous years he’s recorded some very impressive sub-60 times. In fact, his 10-mile PB of 58:07 came at the Cabbage Patch 10 back in 2014.

The Cabbage Patch 10 is notoriously a very fast race and features a very flat profile and ideal surroundings to bring out the best in those that take part. It also attracts a very high quality field including many elites and fast club runners.

This year Graeme went into it off the back of minimal training over the summer after receiving treatment on an ongoing glute and hamstring problem. Having entered the race back in March though when all was well, he wasn’t sure how he would get on this time round.

Also competing in this year’s Cabbage Patch 10 for Bournemouth AC was Rob McTaggart. He was in scintillating form at the Cardiff Half Marathon the weekend before where he recorded an extraordinary new PB of 1:08:56.

Incredibly he also reached the 10k and 10 mile points in his best ever times. During that race he passed 10 miles at 52:17, so he knew if could replicate that in the Cabbage Patch 10 he’d do very well.

After the half marathon though, he needed to have a rest so didn’t do much running in the build up to the race. He did still find the strength to come in as first finisher at Bushy Park parkrun the day before the Cabbage Patch 10 though in a time of 16:35, so it appeared he had maintained his fitness levels.

The course starts in the centre of Twickenham and crosses the Thames at Kingston Bridge and Richmond Bridge before heading along the towpath by the river and finishing up on the drive in front of the York House Civic Building in Twickenham.

The Cabbage 10 was the race in which Richard Nerurkar set an all-time British record for 10 miles of 46:02, back in 1993. It also boasts some well known previous winners including Sir Mo Farrah.

The plan for Graeme was to go out at six-minute-mile pace and then hang on for as long as possible in the second half of the race. For the first couple of miles he felt comfortable and was going at a good sub-six pace.

Unfortunately though, that was as good as it got for Graeme. About half way through the third mile he got a stitch which persisted all the way to the end of the race and was rather painful at times.

It was frustrating for Graeme as he rarely gets a stitch and his glute was pain free up until eight miles.  Had it not been for the stitch, he could have had a pretty decent run.

The consequence was an inevitable drop in the pace though and it became a case of damage limitation for Graeme as he desperately tried to hang on.

It wasn’t Graeme’s finest hour-and-a-bit but in the grand scheme of things it was still a relatively good 10-mile time that most runners would be over the moon with. 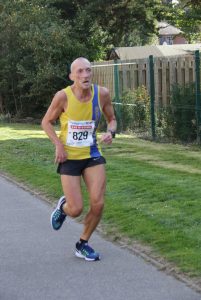 A few modifications had been made to the course for the Cabbage Patch 10 from last year and it was certainly different to how Tag remembered it from the last time he was there back in 2012.

There were some sharp corners and and sections of multi-terrain which slowed him down a bit. It was also quite slippery in places due to the recent rainfall and wet leaves everywhere.

That combined with a week of less running and more biscuit eating might just have put pay to Tag’s chances of recording an official 10k PB. Despite all that though, he was flying for the first five miles, going along at roughly 5:15 pace.

After that he dropped off a touch though and his half marathon exertions from the previous weekend may just have caught up with him. He was hoping he might have enough to get ahead of the Vegan Runner who was just in front of him but after losing 15 seconds over last couple of miles he had to settle for 7th place.

Crossing the line in a time of 53:03, it was probably still the third best performance Tag has produced in a 10-mile race. He’d done enough to see off some very high standard runners as well including Jonny Hay of Aldershot, Farnham & District and Paskar Owor who won the race back in 2011 in a time of 48:58. 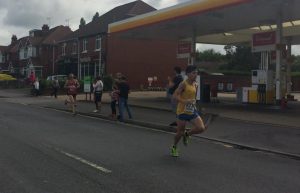 Tag is at the top of his game at the moment and recorded an excellent 7th placed finish, finishing ahead of some other highly acclaimed athletes

An old adversary of Tag’s, Steph Twell was also competing and she finished as 1st lady and 12th overall in a time of 55:03. Tag ran alongside Steph for much of the Vitality Big Half race earlier in the year, getting some decent TV limelight before accelerating away from her over the last few miles.

The race was won by Steph’s Aldershot, Farnham & District teammate Joe Morwood who whipped round the course in 50 minutes and 18 seconds. Finn McNally of Brighton Phoenix was 2nd in a time of 50:34 with Nicholas Terry of Serpentine taking 3rd in 50:45.

A total of 1,568 runners successful negotiated the 10-mile course with the slowest ones in the field taking over two-and-a-half hours to get round.

The top 30 runners all finished in under one hour though which underlines the number of high caliber of runners that the event can attract.

Emily Hosker-Thornhill of Aldershot, Farnham & District finished in 30th place in a time of 59:54 which made her 2nd lady over the line. Hampshire Cross Country League regulars might recognize Emily from past fixtures where she’s often won convincingly.