Tag and Nikki check in at Chichester 10k 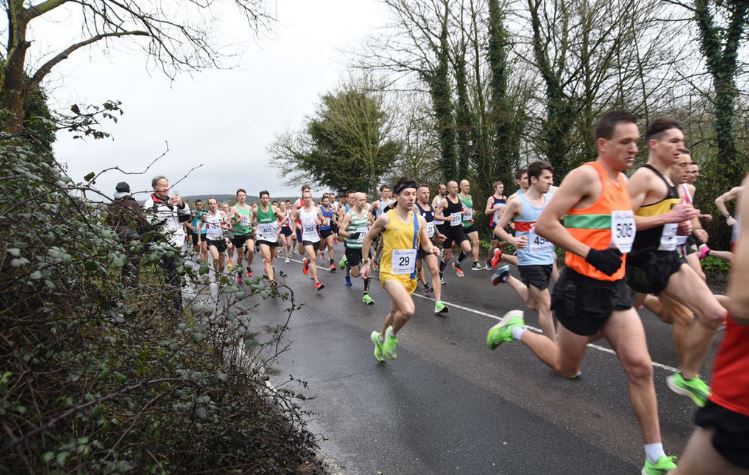 Thought to be the fastest 10k road race in the South, on its day the Chichester 10k can provide the perfect opportunity for a PB performance. Unfortunately for Rob McTaggart and Nikki Whittaker, it wasn’t one of those days when they took to the start line for the big showdown.

The weather was inclement, with 45 mile per hour winds and a huge downpour before the start, giving the surfaces a real soaking. Nevertheless, it was still a popular race with a high standard field.

The last 10k the Bournemouth pair had done was the Round the Lakes race at Poole Park on Boxing Day. Tag finished in 8th place that day with a time of 33:24 and Nikki had put in an exceptional display to get round in 51:12. That was almost three minutes quicker than she had managed in the Telford 10k two weeks prior.

Tag had a decent run in the Telford 10k clocking a time of 31:50. That gave a good indication of the kind of pedigree he possesses on a good day. 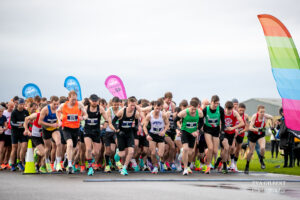 A star studded line up sets off at Goodwood Motor Circuit

The Chichester 10k is held at the iconic Goodwood Motor Circuit – the perfect venue to really burn some rubber. Tag had done the Chichester 10k at Goodwood before and in the 2020 edition he’d registered a terrific time of 31:45. That was only 20 seconds off his all-time PB.

Unfortunately, the 2022 race wouldn’t turn out to be one of Tag’s best days though and he completed the course in 33:27. Although that’s still a very quick time by most standards, it wasn’t quite what he would have been hoping for had he been at his best.

It still put him in 17th position though and he was still first in the V35 category. A total of 530 runners took part in the race. 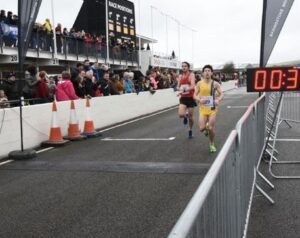 Getting to the line in 33:27, Tag took first place in the V35 category

Nikki wasn’t quite able to produce a time that matched up to her Round the Lakes effort but given that the conditions were a lot tougher and she’d only just recently recovered from a cold, she was still fairly pleased. 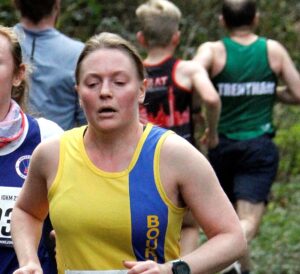 Nikki raced well in tricky conditions to finish in 52:21

Joshua Grace of Aldershot Farnham & District was the fastest gunslinger in the race, recording an extremely quick time of 30:45. That was just enough to pip Jack Woods to the post, with the Worthing & District Harriers man taking 2nd in 30:47.

Tess McCormick took the first female spot, crossing the line in 34:46, which put her in 36th place overall. Emily Ruane of City of Norwich was second female, recording a still very impressive time of 35:15 which got her 44th place overall. 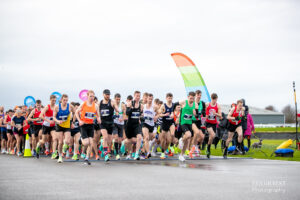