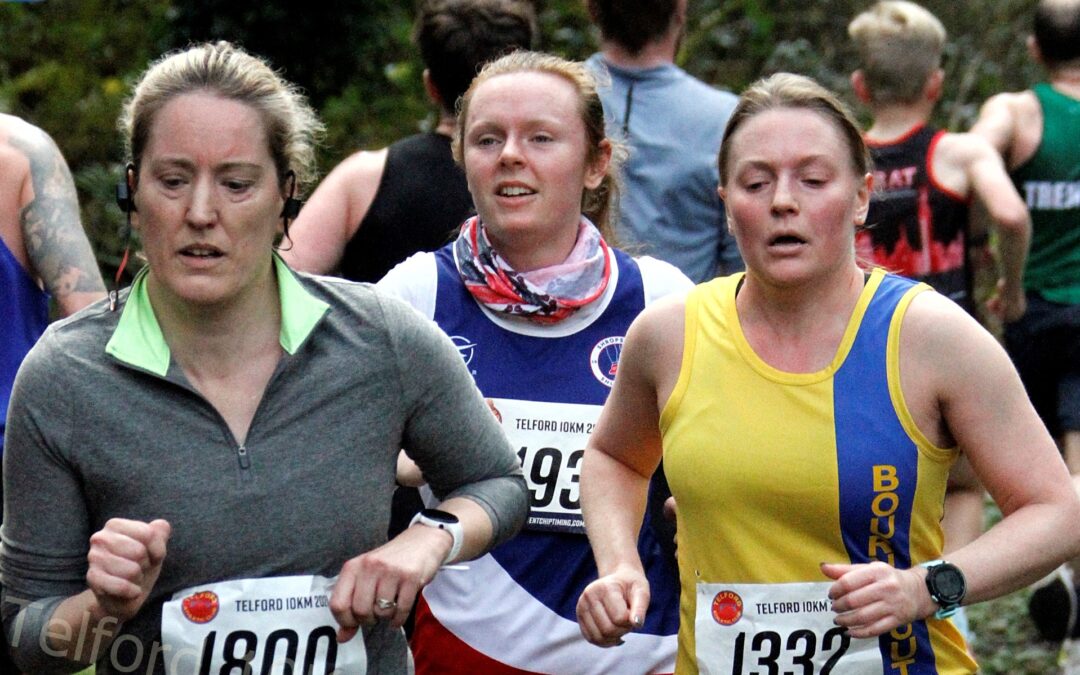 Coming off the back of very different experiences at the Victory 5 the previous weekend, Rob McTaggart and Nikki Whittaker were back in action again when they lined up for the notoriously fast and ferocious Telford 10k.

Despite finishing 16th in the Victory 5 and coming away with a time of 26:22, Tag had had a run to forget and never really managed to find his rhythm on the twisty course. With his splits regressing, he sort of lost interest after the first 20 minutes and ended up just coasting in.

The conditions on the day weren’t exactly awe inspiring though, with a very strong wind and a cold chill in the air making the outlook feel pretty bleak. By contrast though, it didn’t really seem to effect Nikki in the same way and she actually produced a very good run by her standards to finish in a time of 40:25. That was actually a 17 second PB for Nikki so she was over the moon with that.

The Telford 10k statistically proven to be the fastest 10k course in the UK so the scope is there for athletes to fulfil their full potential. As a consequence, the event attracts a high class field from all over the country, hence why Tag and Nikki were prepared to travel up north for it.

It was actually in the Telford 10k that Tag recorded his quickest ever time of 31:25 so that gave him a very tough target to aim for but a good idea of the sort of splits he might need to produce. As for Nikki, her best 10k time to date was 50:53, which she set at the Christchurch Christmas 10k, a race that is usually on the same day as the Telford 10k. That was back in 2018 though.

With so many fast runners in the field in the Telford 10k, it’s easy to get swept up in the melee. That’s exactly what happened to Tag and he ended up registering a 4:53 first mile. That was insanely quick but he hadn’t been looking at his watch and got involved in racing nearby competitors. With a 5:06 second mile and a 5:04 third mile, Tag had registered a 15:40 for his first 5k. 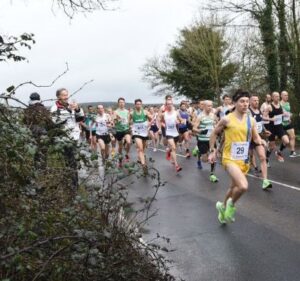 Tag set his stall out with a lightening quick first 5k

It was always going to be tough to maintain that sort of pace in the second half of the race and Tag ended up suffering off the back on his fast start. His next couple of miles were 5:18 and 5:19 before he finished with a 5:08 last mile and then a very quick 0.22 miles to finish off with.

That gave him a finishing time of 31:50, putting him in 101st place. The fact he finished so far down the field with a tremendous time like that demonstrates the high standard of the opposition. 24 athletes got over the line in under 30 minutes which is staggeringly quick for a 10k on the road. A total of 62 men came in under 31 minutes.

Frustratingly for Tag, he did lose a few places in the last three kilometres but other than that he had no complaints and was reasonably happy with his time. His main goal was to get in under 32 minutes and he achieved that so that was quite pleasing. He clocked his second 10k at 16:10 to give him an average pace for the run of 5:07 minutes per mile. 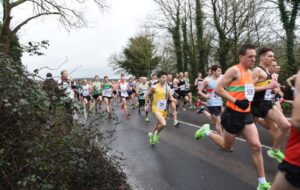 As for Nikki, she started out with an 8:10 first mile. It was a quick start but it’s worth bearing in mind that the first mile does contain some downhill. She then followed that up and an 8:31 second mile and an 8:31 third mile. Her first 5k was registered at 26:03.

Unfortunately she wasn’t able to maintain the pace over the second half of the race and slipped down to 8:50 for the fourth mile before recording a 9:11 and a 9:03 for her fifth and sixth miles. That meant a second 5k of 27:53, so significantly down on her first half performance. 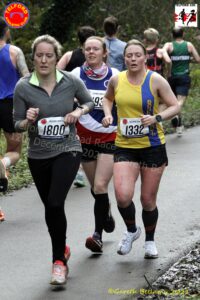 A finishing time of 53:56 saw her take 842nd place overall and 207th female. After the high of the previous weekends 5 mile PB, she’d come crashing back down to earth a little in this one and that was disappointing after all the training she’d been putting in.

The only thing that was different about the Telford 10k compared to the Victory 5 was that Nikki had had her booster jab a few days beforehand, so it’s possible that may have had something to do with her not being at her best. She won’t dwell on it though and will no doubt bounce back and put that behind her in the near future. 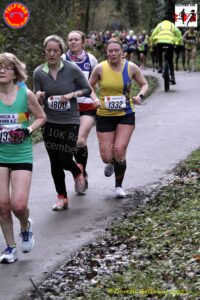 The race was won by Alfie Manthorpe of City of Sheffield and Dearne who just managed to edge out Lucian Allison of Lincoln Wellington AC. They were both given the time of 29:06, with Matthew Clowes of Cardiff AAC taking 3rd in 29:08.

Samantha Harrison smashed her 10k PB to cross the line in 32:07, which was enough to see her taken the women’s title. She finished 107th overall, so not far being Tag. Kate Holt of City of Stoke was 2nd female in 32:29, putting her in 116th place overall. Then it was Hannah Irwin of Cambridge & Coleridge who clocked in at 32:49, putting her in 132nd place overall.

It had been a topsy-turvy season for Tag with a difficult spell in the middle of the year where he struggled in the Eastleigh 10k and one of the Upton Summer Series races. He’d also had a few indifferent performances on the track.

He’d finished the season quite strongly though, with a 5k road PB of 15:33 in the Under the Lights race in Battersea Park. Then he won the Wimborne 10 in 53:34 and recorded a decent time of 1:10:48 in the Reading Half Marathon.

Nikki has had a fairly decent year in running terms, making some good progress in her Upton Summer Series races before consolidating it with that terrific PB in the Victory 5.

The Round the Lakes 10k on Boxing Day would present them both with one final opportunity to end the season merrily on a high. Could they produce the goods though after the Christmas excesses?