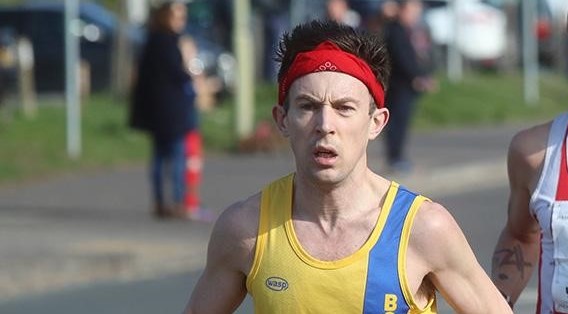 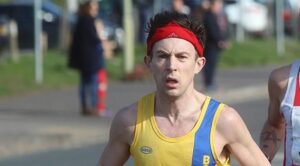 Looking to test himself against the best of the best, Rob McTaggart lined up for the PB5K at Ardingly Showground

A ferociously fast field had been assembled for the PB5K at Ardingly Showground, providing the competitors with a good prospect of a quick time, being surrounded by so many other high standard athletes.

That was certainly what Rob McTaggart was hoping for anyway when he threw his hat into the ring.

Although it was a tad twisty, the course was pancake flat, making it an ideal surface for a fast time. On the day though the conditions were a bit windy which made it tougher to hit top speed.

The previous weekend Tag had been in 10k action at the Running Grand Prix staged at Goodwood Motor Circuit. Although he finished in 10th place in a time of 33:21, he was actually very disappointed with his run that day.

Back in February he’d completed the Chichester 10k at the same venue in 31:45, so he knew he was capable of better. It just didn’t happen for him on the day though at the Running GP and, although had a decent first couple of miles at around 5:10 pace, he struggled to maintain it after that. 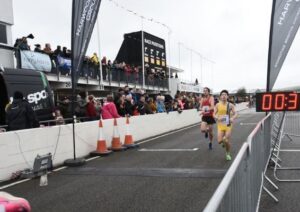 It was onward and upwards for Tag though and the good thing was that he didn’t have to wait long for opportunity to bounce back and set the record straight. The PB5K at Ardingly Showground seemed like the perfect foil for that.

Blasting out of the blocks quickly, Tag posted a 4:53 split for his first mile which stood him in good stead for a fast time. Maintaining that sort of pace for the rest of the race was always going to be tricky though.

His second mile split was a 5:03 so, even though it had dropped slightly, he was still going well. Towards the end he began to suffer though, posting a 5:10 for his third mile split before managing to back up to the pace he started off at for the final section.

That amounted to a finishing time of 15:42, putting him in 51st place overall. Of course, with that sort of time he would usually expect to place much higher, but the standard of this event was extraordinary.

It was enough to see him confirmed as third fastest V35 on the day though and, in a field like that, that was quite an accolade. 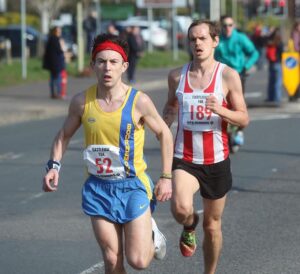 The race win went to Ian Crowe-Wright of Brighton & Hove AC who got round in a staggeringly quick time of 14:23. That was enough to see of the challenge from Joe Wigfield of Liverpool Harriers who reached the line two seconds later.

Robbie Fitzgibbon of Brighton Phoenix took third place in 14:29, just one second ahead of Henry McLuckie of Shaftesbury Barnet Harriers. Then it was the Aldershot Farnham & District pair Joshua Grace and Ricky Harvie who came in in 14:31 and 14:33 respectively.

There were a few other local runners taking part as well, with Benjamin Gibbons of Poole AC finishing in 69th place with a time of 16:02. Dom Willmore, also now of Poole AC got round 16:12, with Nathaniel Willmore of Poole Runners finishing 148th in 17:15.

Grace Copeland of Wimborne AC was the ninth fastest female, completing the course in a time of 16:58, which put her in 122nd position overall.

Tag feels that he just needs some more speed sessions going at sub 5 minute mile pace before he’ll be ready to go again and the holy grail would certainly be to make each mile a sub 5.