Tag takes runner up spot at Battersea Park Half Marathon 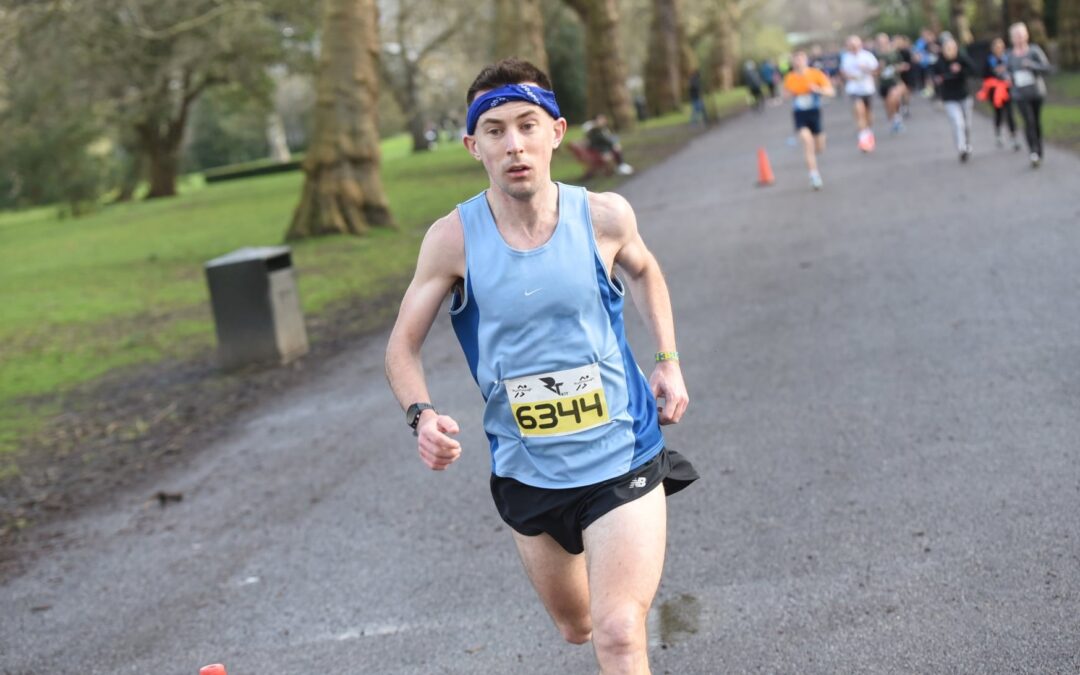 Returning to the scene of his fabulous 5K PB claimed in the Friday Night Under the Lights event, Rob McTaggart was back at Battersea Park to see if he could deliver something special again. This time it was for a Half Marathon race though put on by RunThrough and after his superb time of 1:09:11 two weeks prior at the Wokingham Half Marathon, Tag was hoping he might be in with a chance of dipping under 69 minutes.

That’s something he’s only ever done twice before. Once at the Cardiff Half Marathon in 2019 and once at the Big Half Marathon where he registered his current PB of 1:08:29.

Knowing the course was pancake flat and knowing he’s in a great form at the moment and running strongly despite wracking up a very high mileage each week, it was certainly worth a go for Tag. 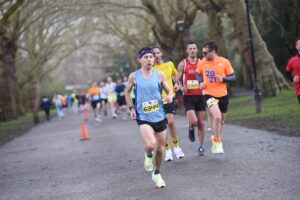 Opening with a very quick first mile of 5:01, Tag was then able to settle into a more realistic page in the second mile. At that point he was in a lead group of four runners. Then at 2.5 miles, James Hoad of Thames Hare & Hounds decided to break off the front of the group and go it alone. 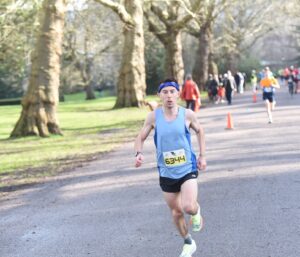 With all the heavy training he’d been doing, Tag wasn’t able to pick up the pace to go with James and he accelerated away. On the plus side though, he was able to keep a very consistent pace for the rest of the run and that was, for the most part, between 5:14 and 5:20 per mile. 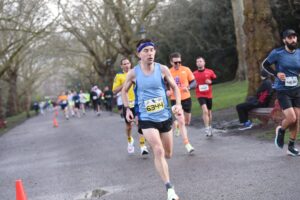 Tag ended up lapping some of the other runners multiple times

His last full mile was at 5:11 pace before going at sub five minute mile pace for the remainder of the race. His hopes of getting in under 69 minutes were dashed though when he ended up running 13.3 miles – due to having to lap the slower runners multiple times. After all, it was an eight-and-a-half lap race. 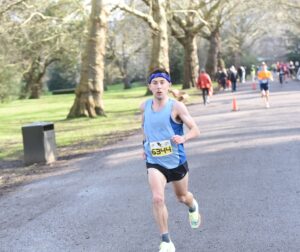 It was still another impressive sub 70 minute half marathon though for Tag and he crossed the line in a time of 1:09:51 to seal the runner up spot. James Hoad managed to get to line exactly a minute ahead of Tag to claim the win in a time of 1:08:51. Matthew Parry of Thamesmead Running finished 3rd in 1:10:46.

His average pace of 5:15 should really have brought Tag a quicker time but the extra distance covered made it what it was. It didn’t matter though. It was still an excellent run. 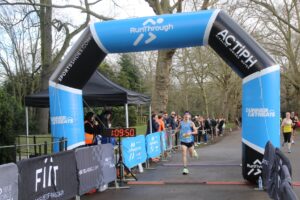 Tag comes into the finish to take the runner up spot

Lonely Goat man Andy Leggott was also in the line up and he finished in 12th place recording a time of 1:14:48.

The first female to finish was Annie Birch of London City AC and she crossed the line in 1:17:43. The second placed female was Catrin Tyler of London Heathside and she got over the line in 1:21:02. She was followed shortly after by Vicky Fouhy who completed the course in 1:21:07. 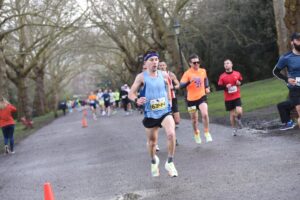 The great thing about the results he’s getting in these races for Tag is that it is all part of the bigger picture. He isn’t even allowing himself a mini taper for any of them. They’re all off the back of high mileage weeks with big sessions done in the days leading up to them, so he’s not making it easy for himself.

They’re essentially just hard training runs to him though. All the focus is on the Wrexham Elite Marathon and giving himself the best possible chance of producing something special in that race. It takes a lot of discipline, dedication and sacrifices but if he achieves what he wants at the end of it, it will all have been worthwhile.

Next up for Tag, he’ll be heading over to Milton Keynes on the BAC bus for the SEAA 12 Stage Road Relay in which the club has managed to get a team together for the first time in many years. 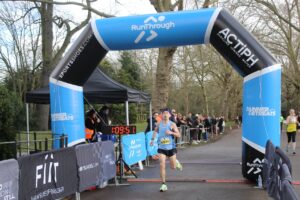