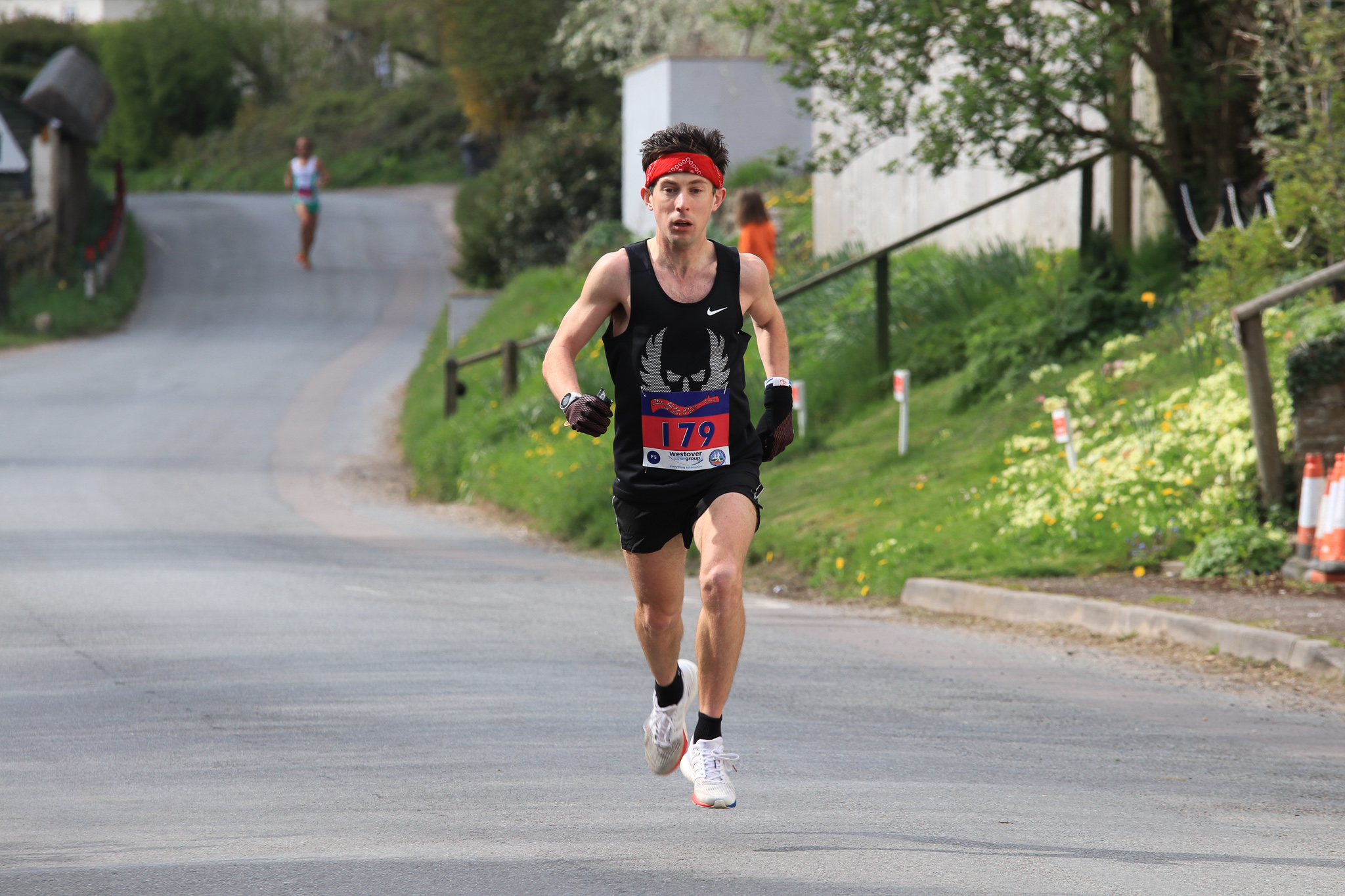 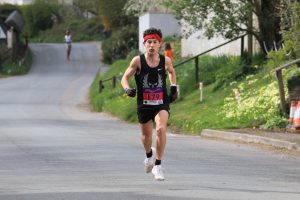 It was another race and another crucial session for Rob McTaggart at the Salisbury 10 as he builds up his best form for the London Marathon, which is just around the corner

After recording a good solid victory at the Bournemouth Bay Run Half Marathon the previous weekend and sealing second place in the SAL 5000m the day before, for his next trick, Rob McTaggart lined up for the Salisbury 10.

Planning to run the 10 miles at marathon pace, with a four mile warm up beforehand and a few miles as a cool down afterwards, it was a race that would test Tag’s discipline as the countdown towards London draws ever closer. It just so happens that his marathon pace is faster than most people can run a 10-mile race in anyway.

The Salisbury 10 is a Hampshire Road Race League fixture so the standard is usually fairly high at the top end of the field, with the likes of Southampton, Winchester and City of Salisbury vying for points.

The course takes a scenic route north of Salisbury following the banks of the River Avon through the gently undulating Woodford Valley, featuring views of the cathedral spire on the return leg.

The cathedral is of course a popular visiting spot for tourists worldwide, or at least it is as far as the Russian tourist board are concerned anyway. 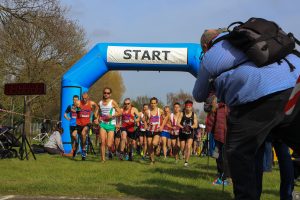 The Salisbury 10 gets underway, with Tag at the front on the right, in the black vest with red headband

Resisting the temptation to go off with the leaders, Tag showed restraint in the early stages of the race and concentrated on running his own pace, which was largely between 5:30 and 5:40 pace.

Consequently, he wound up on his own for the entire race and, although he had hoped there would be others going along at a similar pace, it was not the case.

At around 8.5 miles he caught Julian Manning who was in second place at the time. He had been out of sight for most of the race but seemed to flounder somewhat in the latter stages. Saying that though, Tag did run a very strong last three miles, picking the pace up slightly as he moved through the gears.

With Richard Waldron of Southampton way out front, that was how it stayed for Tag and he cruised over the line in 55:26, taking second place in almost exactly the same time he ran the Bournemouth 10 in back in February. 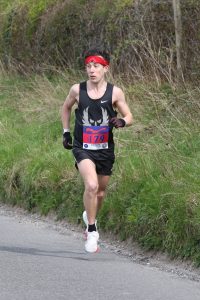 Tag glances to the right, perhaps catching a sight of the cathedral spire as he goes past

Julian Manning held on for 3rd place in a time of 55:55, with Alastair Pickburn of New Forest Runners taking 4th in 56:58. Richard Waldron’s winning time was 53:20, putting him over two minutes ahead of Tag.

Tag has had a few run-ins with Richard Waldron in the past though, finishing two places ahead of him at the Eastleigh 10k recently. The year before in the very same race they had a good battle, with Richard just pipping Tag to the post by three seconds.

As soon as he’d gone over the line, Tag was straight into his warm down run and once he’d completed that it was the end of another very successful and promising session in the build up to London.

With the big day looming large on the horizon, Tag is looking in prime condition and showing all the signs that he’s ready to put in a performance to remember. 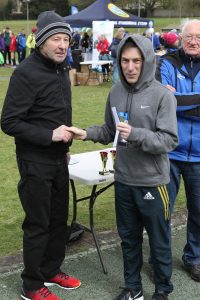 Tag picks up his prize for second place after he completed the course in a time of 55:26