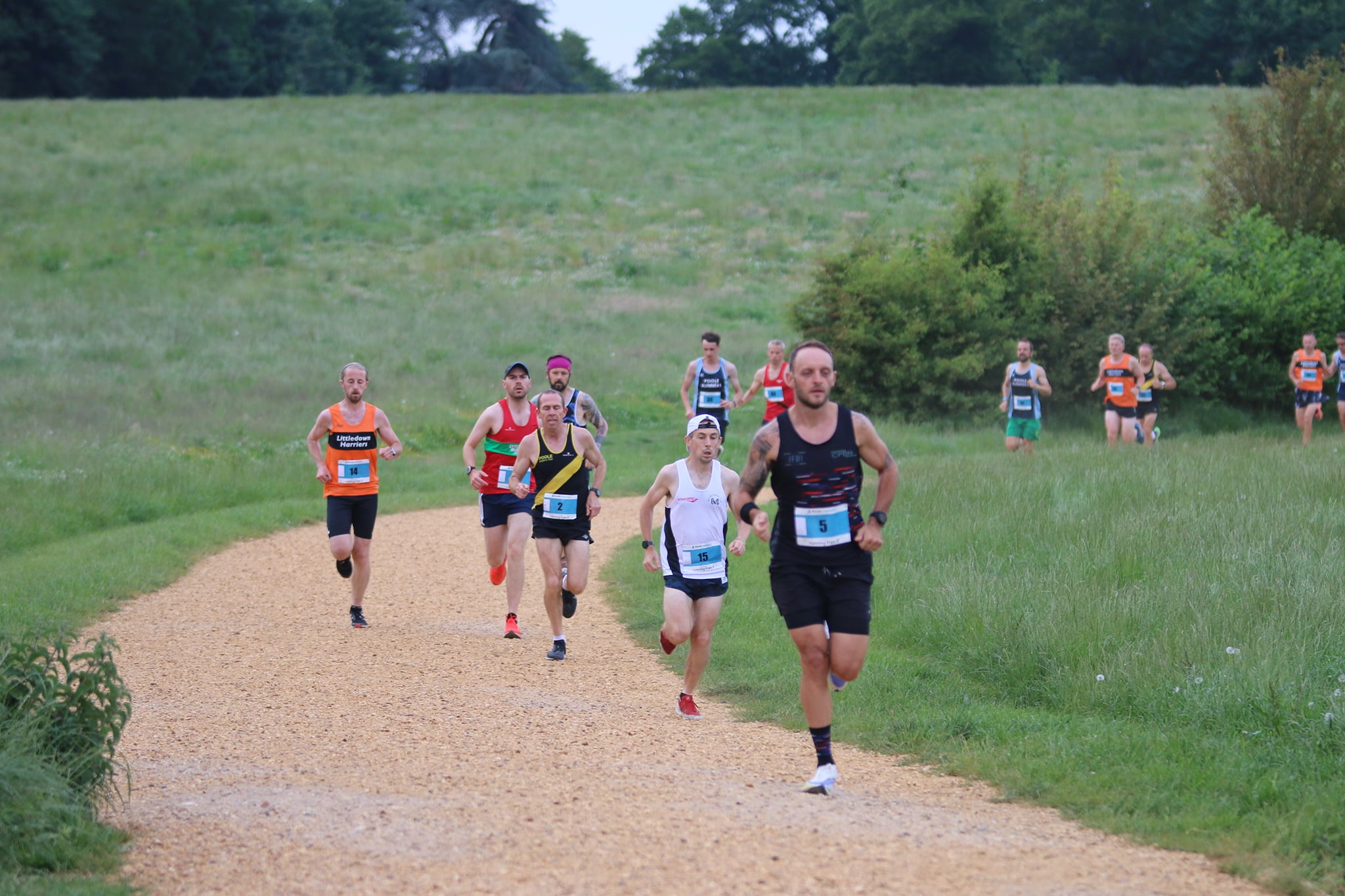 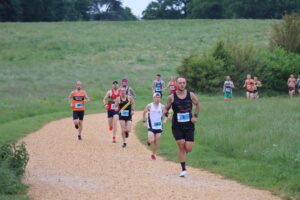 The Upton Summer Series brought about a refreshing change to the running calendar, providing club runners with a set of regular competitive fixtures.

The Summer Series consists of six races and there are individual and team prizes up for grabs for anyone who does four out of the six fixtures. The event is hosted by Poole Runners and the course is a 5.5km route around Upton Country Park.

To begin with it was Chris Weeks who led the way though but he had Rob McTaggart hot on his heels. It wasn’t long before Tag hit the front though and he made sure he did enough to secure the win. 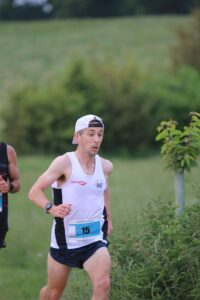 Tag didn’t need to over exert himself to pick up the victory in a time of 18:57

It was a very controlled run from Tag and he felt like he was cruising, although it was a very hot day so by the end he was dripping. It was a pleasing run for him though and he had an 11 second winning margin over Chris Weeks who was 2nd in 19:07.

Matthew Brown of Littledown Harriers was 3rd in 19:30 with Luke De-Benedictis taking 4th in 19:38.

There was also an appearance from a famous name from the BAC ranks of yesteryear, as Simon Way entered the fray. It was great to see Simon back out there racing after being plagued by injuries for so long. He got round in 23:54 which put him in 48th place overall. 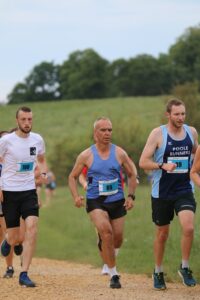 Setting himself a target for the series of sub 26 minutes, Ian White was going into it nowhere near as fit as he would have wanted but determined to give his all.

It had been so long since he’d actually raced though that he seemed to have forgotten how to start his watch which meant that for the first mile he had no idea how quick he was going. 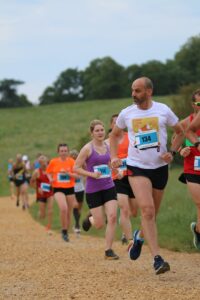 Asking another runner who was near him what time they’d gone through the first mile in, Ian was shocked to hear that it was 6:55. He already knew he was in trouble for later in the race.

He lacked the strength and stamina to maintain that sort of pace and slowed somewhat over the second half of the race. He kept going though and in the end came in with a very respectable time of 26:15.

That put Ian in 75th place overall. Delighted with his effort overall, Ian is looking forward to the next one and is hoping to keep his daughter Katrina behind him. 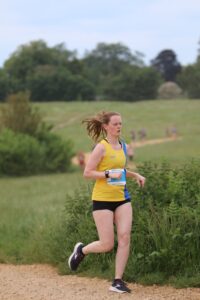 Katrina White’s goal was to finish in under 28 minutes

Aiming for under 28 minutes, Katrina completed the course in 27:30 so she was pretty happy with that. That put her in 90th place overall and she was 15th quickest woman on the circuit. Although she wasn’t a massive fan of the gravel surfaces, she coped quite well with it. 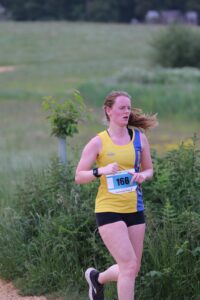 Katrina ran well to eclipse her target and finish in 27:30

It was a first race in over 18 months for Nikki Whittaker and she was very relishing the opportunity to be back out there. Crossing the line in a time of 29:44, Nikki finished 126th overall and was 30th best female. 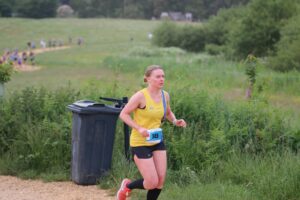 The hot weather certainly didn’t make it easy so that was a decent run from Nikki, all things considered. Finishing just two places below Nikki, in 128th place, was Sam White. With a time of 29:51, Sam was 32nd quickest woman and 4th fastest in the 50-54 category. 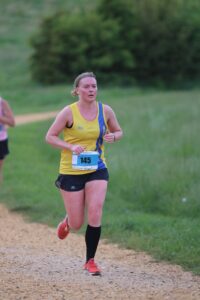 Nikki ran well to complete the course in 29:44

Charlotte Bunch of Poole Runners was 1st female, recording a time of 23:37 which put her in 48th place overall. Then it was Alisha Cartlidge, also of Poole Runners who was 2nd female in 24:10 and 52nd overall. 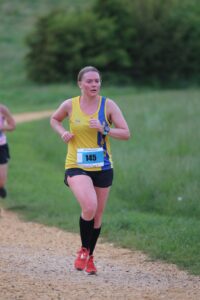 Out of the women, Nikki was 30th quickest in the race

Making it a clean sweep for the home club, Joanna Westhead was 3rd quickest female to get over line, coming in in 24:30. That put her in 56th place overall. 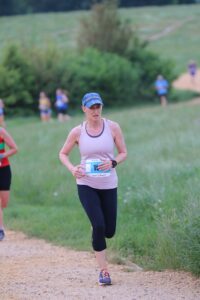 In total there were 230 runners competing in the race and it won’t be long before they all get the chance to go again in Race 2 and try to better their times from the previous race. 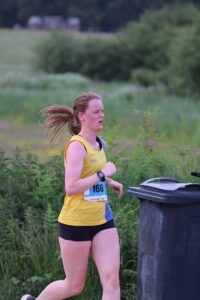 Aiming to do five of the six races, Katrina is raring to go for the next one