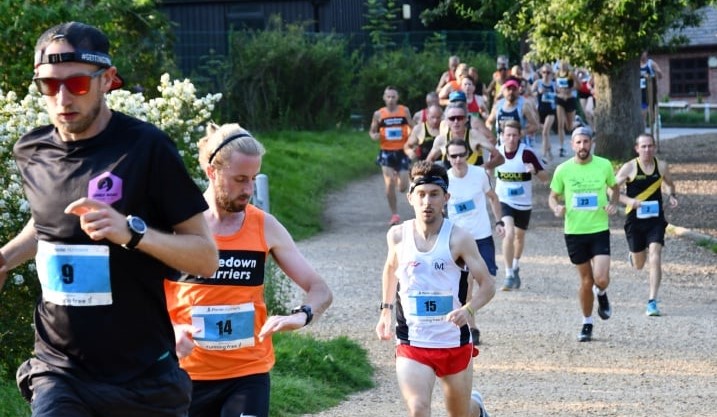 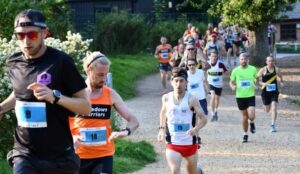 The Upton Summer Series rolled on with the fourth of fixture of the six taking place on another super hot Wednesday evening but the sweltering heat did not deter four Bournemouth AC members from getting involved.

After picking up the win in the first race of the series Rob McTaggart was back and was hoping for the same result as he achieved in his previous outing.

In fact, the time he set that day of 18:56 was still the fastest anyone had gone although Matt Brown of Littledown Harriers had gone within two seconds of it in Race 3.

Having won the other two races, Matt was hoping to be able to challenge Tag for top spot this time round and it was set up to be a good tussle between the two of them. 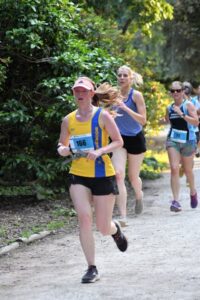 Taking part in all three races thus far, Katrina White was back in action to register her fourth attempt. She was joined by Ian White and Sam White who were both running their third race of the series.

Because it was so hot, the Whites made a collective decision to take it a bit slower in the hope that they wouldn’t suffer quite so much. Katrina kept telling herself to try and stay comfortable the whole way round. 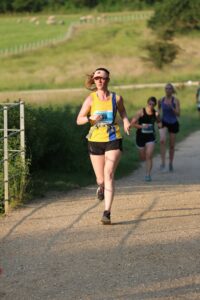 Because of the heat, Katrina had to run it in a very controlled way

After the first mile though she knew that it was doable to stay under 8 minutes per mile so that was what she aimed for and that saw her cross the line in 27:42 which put her 64th overall and 14th female.

She was pleased with that outcome given the difficult conditions and came in 5th out of her age group which was the Female 18-39 category. 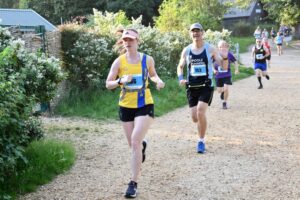 Given the conditions, Katrina was quite pleased with her run

After a superb sub-26-minute effort in Race 2, Ian White deliberately eased back and was around 15 seconds a mile slower than he was on the previous attempt.

Finishing in a time of 26:32, Ian came in 55th in the overall standings and 5th in the Male 50-54 category. Again, given the conditions, he was pleased with that and will look to get back to sub-26 in the next one. 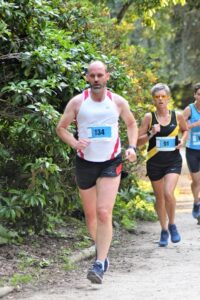 Also taking it a little bit easier in the intense heat, Sam White finished in 104th position overall with a time of 32:06 and that made her 35th fastest female and 8th in the 50-54 age category.

In the first two races Sam had somehow managed to finish in exactly the same time, clocking a 29:51 on both occasions. 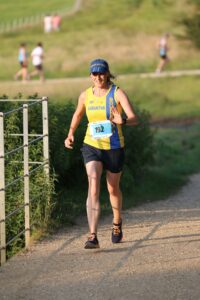 Sam White gives a wave as she heads down the track

At the front of the field, it was Matt Brown who came out on top, securing his third win of the series in a time of 19:05. The gave him a 43 second margin of victory over Tag who came in 2nd in 19:48.

Tag’s form has dipped slightly over recent times and Matt has been going very well so the result wasn’t a complete surprise in all honesty. The pair would then square off again the following weekend at the Eastleigh 10k. 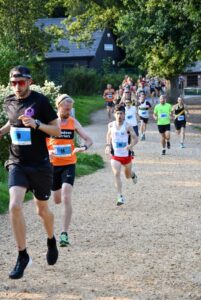 Another man who has been in excellent form of late is Lewis Clarke of Lonely Goat and he finished in 3rd place registering a time of 20:13.

Just as he did in the previous two races, Tom Andrews of Lychett Manor Striders took 4th place, getting round in a time of 20:22. New Forest Junior Aidan Dure Smith was 5th in 20:30, with Duncan Cooper of Poole AC taking 6th in 20:37. 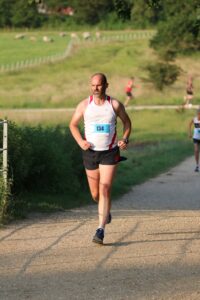 For the second time in the series, Fern Kimber of Poole AC was fastest female, finishing in 17th place overall with her time of 21:55. Susie Hill was next quickest woman recording a time of 23:29 which put her 28th overall.

Then it was Kate Wilkinson of Poole Runners who finishing in a time of 24:44 which put her 39th overall.

With four races of the six done and dusted the overall positions are starting to shape up with only the best four performances of the six counting for each individual. 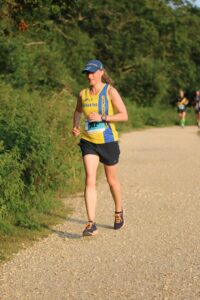 Having won three of the four races and finishing 3rd in the other, Matt Brown is top of the table. Tom Andrews is his nearest rival with three 4th place finishes and a 9th. Then it’s Duncan Cooper in 3rd and Aidan Dure-Smith 4th.

In the female standings it’s Lesley Moore of Poole AC who is currently top by virtue of having done all four races but that could all change if Charlotte Bunch runs in either of the last two fixtures.

Becky Dean is Poole Runners is 2nd female in the standings at the moment with Kathryn Robson of Poole AC in 3rd. Then it’s BAC’s very own Katrina White in 4th. 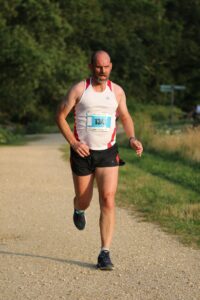 Katrina is currently at the top of the table in the Female 18-39 category as well which is quite an achievement. She knows though that there a number of other athletes in that category who could potentially surpass her if they do one of the last two fixtures so she’s not expecting to stay there.

Nevertheless, she’s put herself in a great position thus far and deserves huge credit for that. 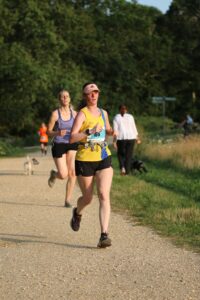 In the teams, it’s Poole AC who lead the way for the men with three wins and a 4th place out of the four races so far, with Littledown Harriers in 2nd and Lytchett Manor Striders in 3rd.

As for the women, it’s Poole Runners out in front with three wins and a 2nd place out of the four races thus far. Then it’s Poole AC with one win and three 2nd places. Bournemouth Joggers and Lytchett Manor Striders are battling a 3rd place.