The Stickler, Great South Run, Lucerne Marathon and Parkruns (and a little more from Amsterdam!) 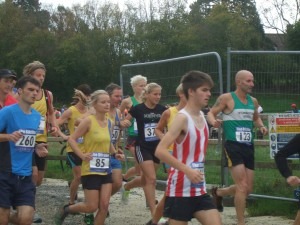 BAC‘s ladies were once again winners, this time at The Stickler on Sunday 26 October, a race, now in its twentieth year, starting and finishing at Shillingstone, with a challenging course of just over 10 miles taking in the surrounding hills. The full results are not yet available, but Nikki Sandell, 2nd lady overall, led the BAC team to victory, followed by Gemma Bragg, 3rd lady overall, with the team completed by Cherry Sheffrin. The renaissance of our ladies’ team in the last year or two has been quite remarkable, kickstarted to a large extent by Caroline Rowley, who also competed in The Stickler, and took the photo of the winning team. So thanks are due to Caroline, and all the ladies involved, for this development of which we are very proud! But let’s not forget the men! Also running in this race was Paul Hill, completing yet another weekend of races following his debut marathon only three weeks ago.  Paul was celebrating the anniversary of his introduction to racing, as The Stickler last year was his first ever race, which he ran then in 1.17.54.  This year, Paul was 5th, having knocked over 10 minutes off last year’s time, with a run which, last year, would have won the race!  Also competing in the race for BAC were Nick Kenchington, Mike Cowham and Ian Graham.   See below for more photographs of this race. 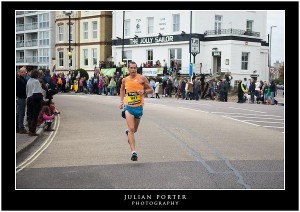 Meanwhile, in Portsmouth, Steve Way was competing in the Great South Run (10 miles) along with a total of 16031 finishers, including Simon Way, Chris O’Brien and Andy Gillespie.  Steve is working hard towards the 100k World Championships in Doha, Qatar on 21 November, and this week has been something of, as he describes it, a ‘hiccup’.  The training during the week hasn’t gone entirely to plan following the half marathon in Birmingham last weekend.  Steve finished the Great South in 26th position in 51.48, not quite the sub 51 he had hoped for, but not far short, and, as Steve himself says “in the big scheme of things not a disaster”.  With a long, and very heavy (more so than most mere mortals could even contemplate), training schedule leading up to the Championships, there will for sure be the occasional ‘down’ patch, but there is till plenty enough time for recovery and revival.  Quite rightly, media interest in Steve continues, with TV interviews for Channel 5 before last weekend’s Birmingham race, and for the BBC before and after the Great South in Portsmouth.  In the same race, Simon Way was 112th in 1.00.57, about 90 seconds over his 10 mile PB.  Apparently there were strong headwinds on part of what is, in places, a very exposed course, so hopefully Simon is satisfied with his run.  A BAC athlete who is certainly so satisfied is Chris O’Brien, who was 263rd in a PB time of 1.05.22.  Chris also ran ‘unofficial’ PB times at 5k (19.55) and 10k (39.47), and says that he proposes to adopt the same tactics in the Lancaster Half Marathon next weekend, perhaps without easing off towards the end, which sounds eminently sensible!  BAC stalwart Andy Gillespie also took part in the race, finishing 1360th (of 16031, don’t forget!) in 1.15.01.

The day before, Saturday 25 October, Sanjai Sharma competed in Switzerland, in the Lucerne Marathon, finishing in 3.04, some 9 minutes over his PB.  Sanjai says that “a few hills and a lack of training” were his “undoing”, but nevertheless he was “satisfied” – and so Sanjai should be!

Also on 25 October, the Parkruns in Bournemouth and Poole went ahead as normal.  Paul Hill, continuing to run at least two races per weekend after his marathon, was second (of 262) in Kings Park, Bournemouth, and was joined in the race by Ian White, Jud Kirk, Seb Hearn, Tom Cochrane, Will Price, and one of our juniors, Amelie Scott, who was first in her age category, JW10.   In Poole Park, of 535 finishers, Peter Thompson was 7th, and, running a PB for the course, finishing 10th and 1st in his age category (JM15-17) was George Way. 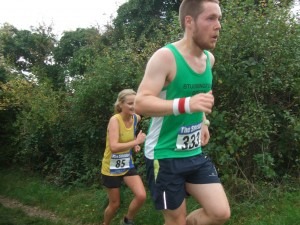 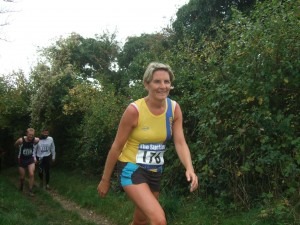 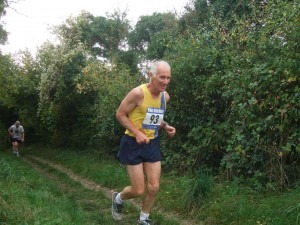 Ian Graham – can that really be a smile? 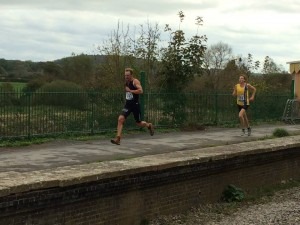 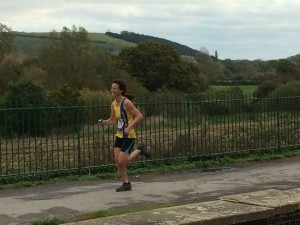 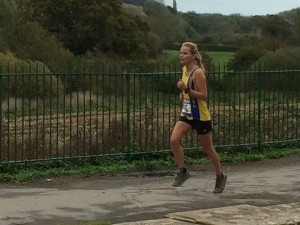 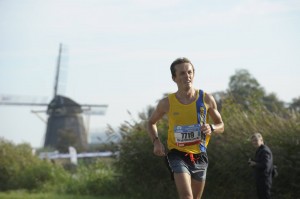 Jacek Cieluszecki in Amsterdam – where else?!