Tide is turning for Trev Elkins at Bournemouth Beach Race 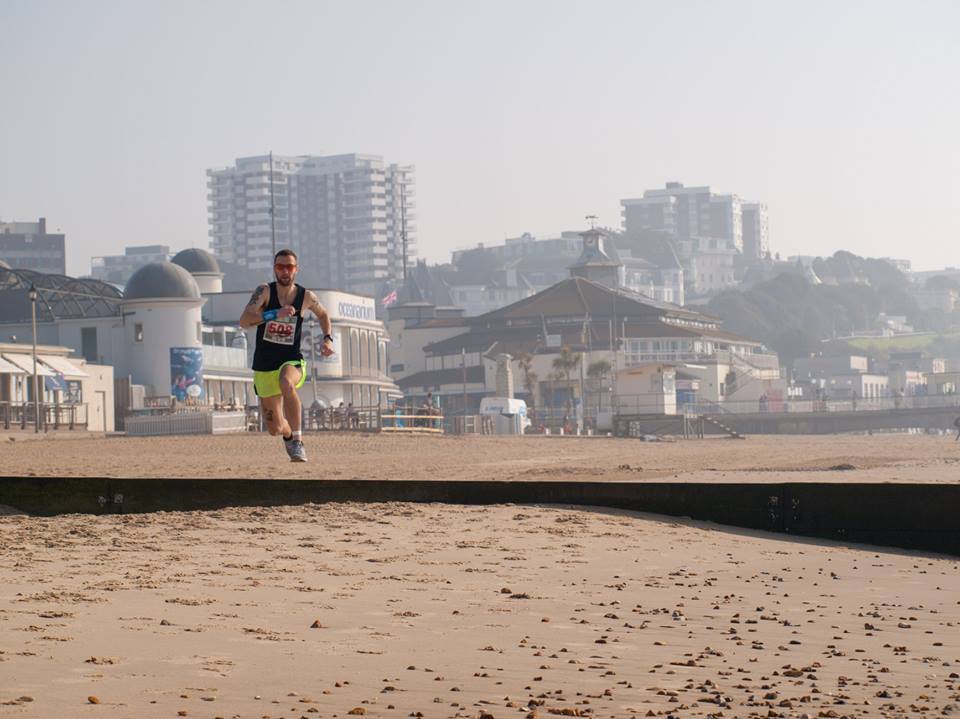 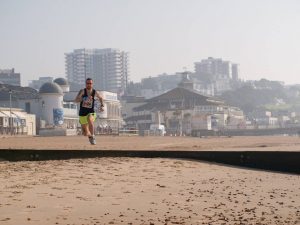 After winning the 5k race in the Spring/Summer edition of the Bournemouth Beach Race back in April, Trevor Elkins was invited back to defend his title in the Winter Edition.

As well as being run across the sand, the race carries a further twist in the fact that there are 26 groynes to jump over on route, making it almost like a steeplechase.

It was a little tougher than when he did the race back in April as well as on one of the groynes, the marshal was making each participant run up the beach before hurdling it. Plus there was an obvious difference in temperature as well which made it more difficult to warm the muscles up sufficiently. It was on soft sand as well which is very challenging to run on. 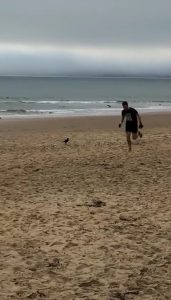 Trev makes his way along the shoreline at Bournemouth Beach

An old adversary of Trevor’s, Ross Wayne of Purbeck Runners was also lining up in the 5k race, along with 126 other challengers so Trev knew he’d have to be on top of his game to stand any chance of defending his title.

When the race got underway, knowing a fast start was vital, Trev assumed position at the front of the field. He manged to build up a bit of a gap over his nearest rivals and all was going smoothly.

At the half way stage in the proceedings he could see that he was being chased down by Tim Harley. At first it appeared that the gap was closing but Trev still had some gas in the tank. 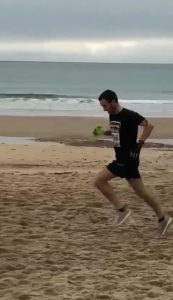 In the last mile, he managed to find another gear and pull away from Tim and the gap between the two of them began to increase. It was a strong run from Trevor and he reached the line to pick up the victory in a time of 20 minutes 52 seconds.

That gave him an average mile pace of 6:43 which is pretty good considering it is on the sand and there were so many groynes to negotiate. 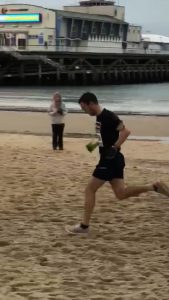 Trevor’s time was only 34 seconds off what he did in the previous Bournemouth Beach Race when he broke the course record, so considering the colder climate, he had to be pleased with that. His heart rate was quite low during the race as well so there is certainly scope for Trev to go quicker.

As it panned out, he probably could have won the 10k race instead if he hadn’t been granted a free entry to the 5k off the back of his previous win. Both races started off at the same time and Trev was comfortably ahead of any of the 10k runners when he crossed the line. 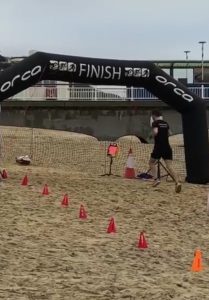 Trev crosses the line in 1st place, sealing a superb win to add to his previous triumph in the Spring edition

Trev has been through some tough times in 2018, both personally and with his running so it will be a great confidence booster to him to have finished the year on a high.

It should help instil some belief in him that he’ll be able to get back to his best in 2019 and then hopefully progress further from there once he does.