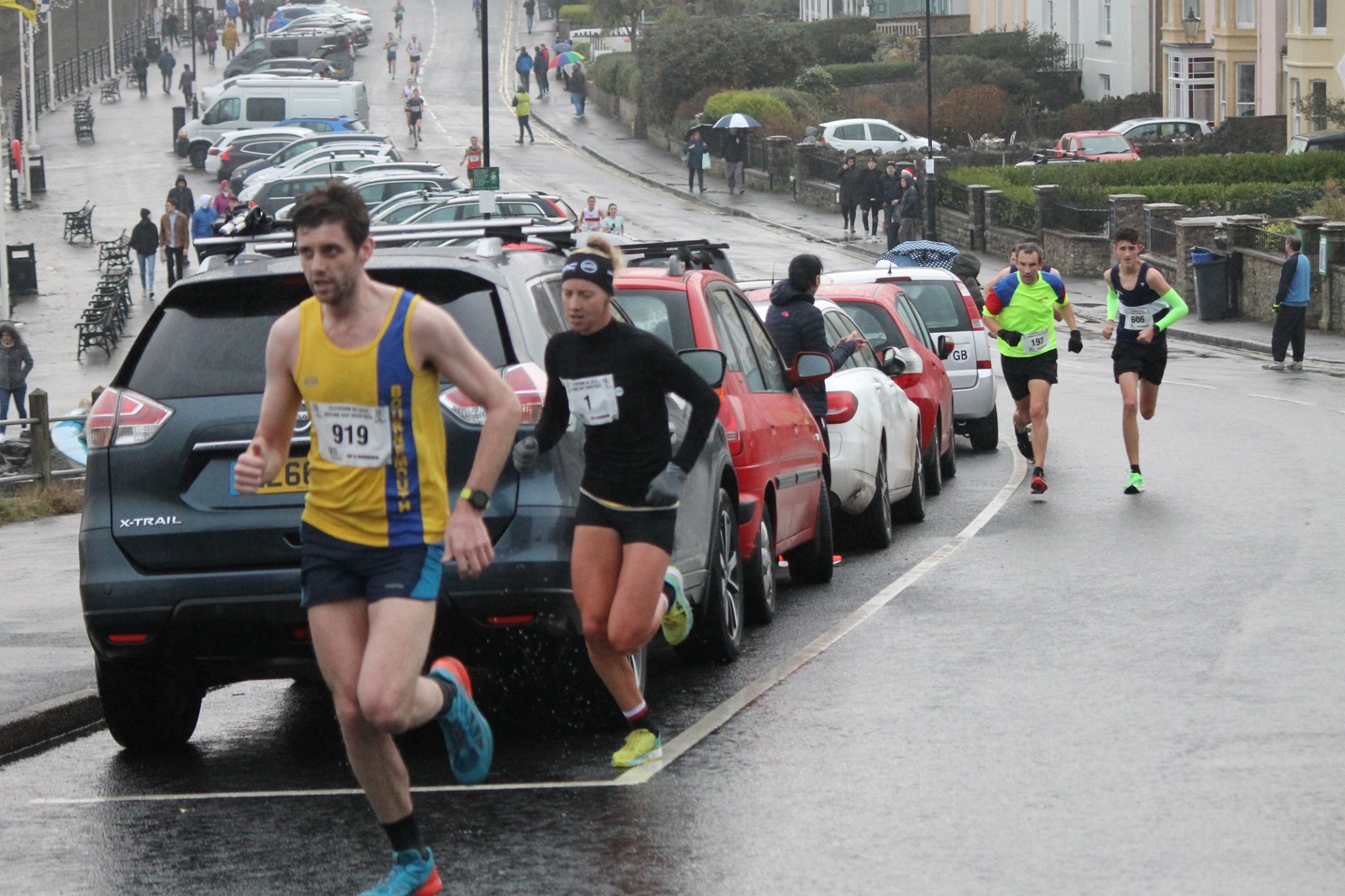 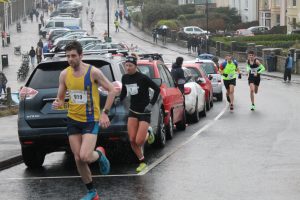 In keeping with tradition, Toby Chapman was back at his parents’ place for Christmas which gave him the opportunity to take part in the Clevedon Boxing Day Race for 2019.

The Clevedon Boxing Day Race is organised by Clevedon Athletic Club and consists of quite an undulating 4-mile route with a fairly testing ascent starting right near the end of the second mile.

It has something of a festive feel to it though since it is the holiday season and usually attracts plenty of runners who dress up an the appropriate Christmas related attire, including Santa outfits, elf and reindeer costumes.

Despite that though, the event tends to attract a high quality field, with plenty of top talent battling it out at the front of the field. The wet conditions didn’t seem to have dampened the spirits of the competitors as they lined up in the start area.

Toby opened with a 5:17 first mile before the inclines began to come into play for the second mile. He went through that in 5:36 before hitting the toughest climb on the route. 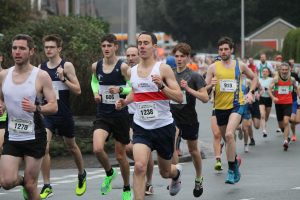 As always with the Clevedon Boxing Race, the field was brimming with talent giving Toby some good competition

Completing the third mile in 5:53, it was then onto the mostly downhill fourth mile leading to the finish. Managing to find enough left in the tank for a strong sprint finish, Toby polished off the last mile in a super quick 5:08 which got him to the finish line in 21:41.6.

That was just enough to net him 18th place ahead of William Cheek of North Somerset AC. It wasn’t quite as quick as he’d run in previous years but it was still a decent performance from Toby, with his average pace for the run coming in at 5:29.

He was followed by his Bristol & West teammate Andrew Chambers who finished in 19:45.9. James Rodgers of North Somerset AC prevented Bristol & West from securing a one, two, three, taking third place in 20:18.4.

Emma Pallant of Aldershot, Farham & District was 1st female in a time of 21:50.2 which put her in 22nd place overall. She narrowly fended off the challenge from Stephanie Barnes of Bristol & West AC who was second lady in 21:59.0 and Jenny Spink, also of Bristol & West, who was third lady in 22:02.3.

Toby will hopefully be back in action for the next fixture in the Dorset Road Race League which is the Blackmore Vale Half Marathon. He has a great record there, finishing second to Steve Way last year and winning the race in 2018 and 2016. 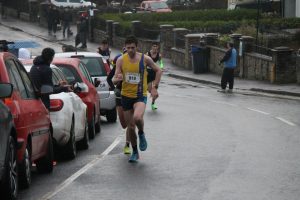 Toby digs and and grinds his way up the steep slope