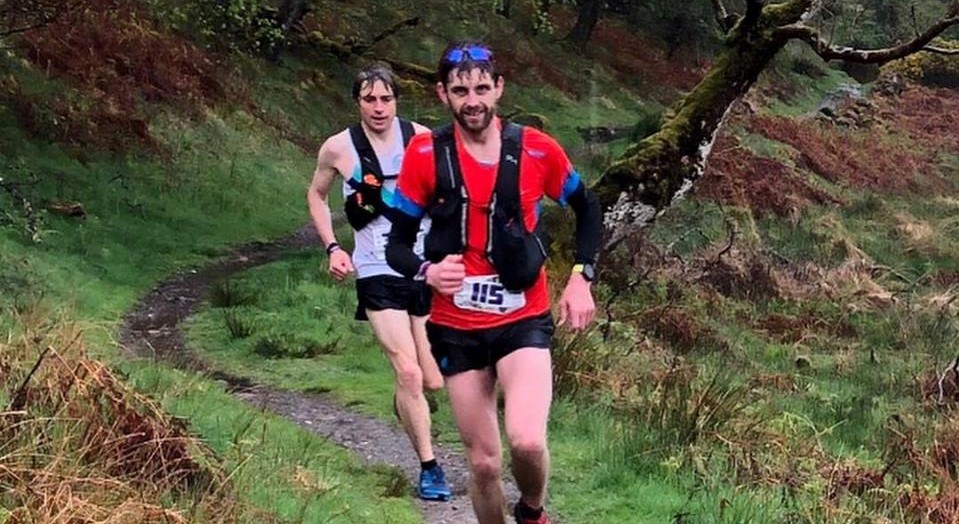 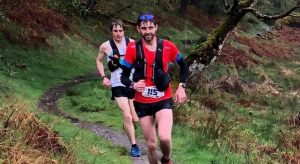 A top five finish in the 53-mile, mostly off-road, demonstrably demanding trek along the West Highland Way would be enough for most runners to be satisfied with that result and move onto something perhaps a little lighter on the legs for their next challenge.

Not Toby Chapman though. He was determined to return to the Highland Fling fitter, faster and fiercer than ever before to have another tilt at the toughest trail race north of the border.

His training had included some huge weeks of up to 145 miles and over 10,000ft of elevation. He proved more than willing to put the work in in order to arrive at Milngavie in the best possible shape he could be and was leaving nothing to chance.

Finding the time to fit in a couple of local races in his heavy training routine, Toby had set a course record at the Humdinger Half Marathon in February with an impressive time of 1:17:25.

Earlier on in April he also won the Taunton Marathon for the second year in a row improving on his time from the previous year by over a minute coming in at 3:39:51. That was in the midst of a pretty big week of training as well so it was a good sign that he was still able to turn it on despite the fatigue.

Having done the Highland Fling last year though, Toby knew only too well how difficult it was and how much strength, stamina and commitment to the cause it was going to require.

This year the weather conditions made the task ahead even tougher for the competitors with heavy downpours continuing throughout most of the day.

Toby’s time in the 2018 event was 7 hours 57 minutes and 50 seconds and he was confident that he could do it a fair bit quicker this time round.

The first four miles of the race are uphill. Toby started out at 7:26 pace for the first mile which included quite a steep incline. He then went at 7 minutes per mile for the next three miles before hitting a nice downhill section for the next two miles where he got to stretch out a bit.

By the time they reached the first checkpoint though, at Beechtree, John Hammond of Carnethy, a club in Scotland, had already stolen a march on Toby. Toby was running with Sam Humphrey of Victoria Park Harriers, Marco Consani of Garscube Harriers and David McLure of Kilmarnock.

Somehow John had managed to establish an advantage of over four minutes on Toby and Sam by the time he got to that first checkpoint. Clocking in at 46:16, John now had a commanding lead to defend. Toby and Sam were next to arrive in 50:33 and 50:36 respectively.

It was then time for the athletes to be tested over some tough inclines on the way up to the highest point of the race. Then after a sharp climb to the top on mile 18, it was then a huge descent down to Balmaha where the next checkpoint was positioned.

Reaching the checkpoint in 2:14:34, John now had a lead of 6-and-a-half minutes over Toby and Sam who were the next to arrive in 2 hours 20 minutes. They had a 1-and-a-half minute advantage over Stuart Paterson of Carnegie Harriers who had moved up to 4th.

The next 7 miles included some short sharp climbs before they reached the fourth checkpoint at Rowardennan, 27.2 miles in. John came in at 3:17:53, having extended his lead to 7-and-a-half minutes over Toby and Sam, who had now been joined by Stuart, who had caught them up.

There was another fairly big incline on the 29th mile before heading down to Inversnaid, 34.4 miles in. John reached that checkpoint in 4 hours and 20 minutes. Toby and Sam were next to arrive but were now almost 8 minutes down on John. Stuart had now dropped back to about a minute behind Toby and Sam. 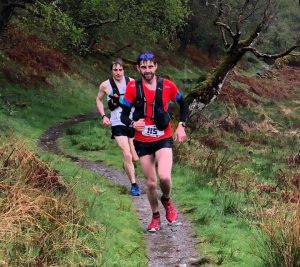 The next section of the course was particularly tough, slowing the pace down quite dramatically as they made there way to Beinglas which was 40.9 miles in. That included a very sharp incline before reaching the checkpoint.

Coming in in a time of 5:38:04, John arrived still with a reasonably healthy advantage, although it had now been cut down to 4 minutes 20 by Toby and Sam. They were now over 6-and-a-half minutes ahead of Scott Craighead, who was a clubmate of John’s from Carnethy.

After a sharp descent back down it was then into a period of steady climbing, all the way up to the second highest point of the race which was around the 47.5 mile point.

It was over this section of the course that Sam made his move, accelerating away from Toby and gaining an advantage of almost two minutes. Miraculously, Sam had also caught John up and overtaken him by the time they reached the final checkpoint at Bogle Glen.

The race to the line was now really on between the three of them. It was remarkable that after such a long duration of running and over such a tough, hilly course, the three leaders were so close together.

Although he’d lost the lead though, John wasn’t done yet. He dug deep and managed to find the wherewithal to get back in front and in the end managed to open out a sizeable lead over Sam, getting to the line in 7 hours 30 minutes and 29 seconds.

Despite his brief stint as the race leader, Sam was in the end forced to settle for second place, crossing the line in a time of 7:32:08, just over 1-and-a-half minutes behind John.

Completing the podium placings, Toby took a well earned third place, reaching the finish in 7:32:57. It was a truly phenomenal performance from him to and to end the race within 2-and-a-half minutes of the eventual winner was a fantastic achievement. 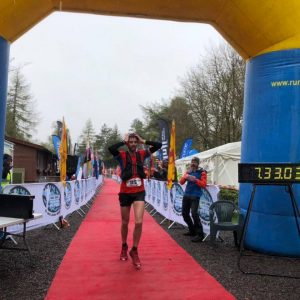 He was almost 10 minutes ahead of the fourth placed runner as well who was Scott Craighead. Scott finished in a time of 7:42:47. Stuart Paterson took 5th in 7:46:50 with Graham Connolly of Team Pyllon reaching the line in 6th with a time of 7:56:50.

Marco Conani, who is the brother of Bournemouth AC member Paul Consani, took 7th place, completing the course in an excellent time of 7:58:51.

The first female to arrive at the finish was Beth Pascall who came in 9th overall with a magnificent time of 8:02:46. She was followed by Nicola Duncan of Carnethy who finished in 8:19:43, putting her 12th overall.

Finishing up with an elevation gain of 6,749ft, Toby completed the 53 mile course at an average pace of 8 minutes 33 seconds per mile. That’s an amazing performance over such a monstrous route.

Another pleasing aspect of the race for Toby was that as well as claiming a spot on the podium, he’d also beaten his time of last year by almost 25 minutes.

That’s a pretty impressive stat when you consider that he was already at an extremely high standard when he competed last year. It underlines the fact that is still clearly progressing with his running.

Perhaps he’ll be tempted to head back up to Highlands again next year for a final fling to see if he can claim the victory. Who knows?

One thing is for certain though and that is that his next stop will be the Laverado in Italy – a 120km off-road ultra incorporating an elevation gain of 5,800m. Something else you can guarantee is that Toby will put in a performance to be proud of, just as he always does. 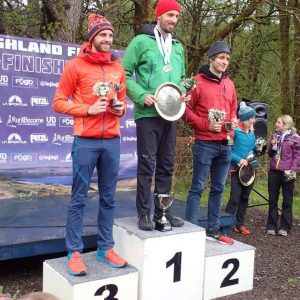