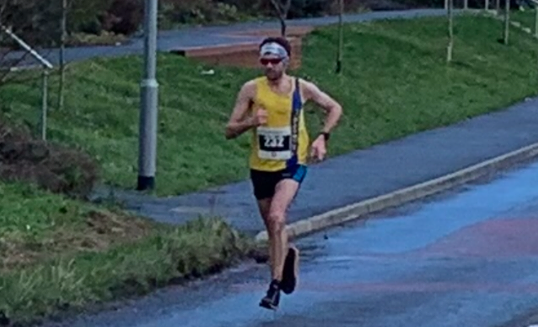 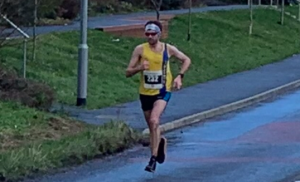 In a race that was quite close to his local area of Taunton, Toby Chapman took on the Humdinger Half Marathon, a race that incorporated 1,350ft of elevation

After a strong run from Steve Way forced him to settle for second place at a slightly shortened and snow capped Blackmore Vale Half Marathon the previous weekend, Toby Chapman was back in action at the Humdinger Half Marathon in Kingston St Mary, near his hometown of Taunton.

This time he was gunning for the glory though and wasn’t about to let anything or anyone stand in his way. The Humdinger isn’t an easy route though and features some very challenging climbs along the way. In fact, the course contains over 1,350ft of elevation.

Of course, with his accomplished mountain ultra background, that didn’t phase Toby one bit though. Last summer he completed the Mont Blanc 90km race, working his way up 22,400ft of elevation.

He also nailed the Salomon Ben Nevis Ultra at the Skyrunning World Championships. That was a 49km route with over 5,000ft of elevation. In April of last year, he managed to conquer the 53 mile Highland Fling as well, featuring 7,500ft of elevation.

Even with a repertoire like that though, the Humdinger Half Marathon wasn’t a race to be taken lightly and would still prove to be a testing run out for Toby. 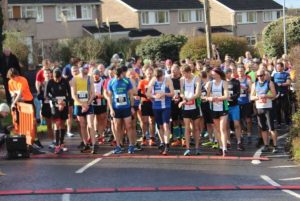 The runners and riders line up before the 2019 edition of the Humdinger Half Marathon gets underway, with Toby the big favourite

After blasting out of the blocks quickly, it was soon into the first significant climb of the race, which was Noah’s Hill about two miles in. Then it was steadily upwards for the next two miles reaching a peak of around 600ft.

Although the climb was pretty steep in places, Toby managed to power his way up there well and had soon built up a commanding lead over the rest of the field.

After a short downhill sector is was then back up again to the top of Volis Hill at around 5.5 miles. That was followed by a sharp descent down Rose Hill before a steep initial climb up Shelthorn Hill. 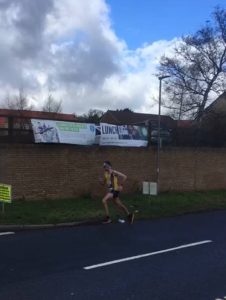 Building up a clear advantage over the rest of the field, it soon became evident that there was only going to be one winner, and that was going to be Toby

From there it was onto a slightly gentler ascent to Lydeard Cross and then on to Rackhouse Copse, the highest point of the race at around 825ft. That was about 8 miles in.

From that point, the rest of the course was mostly downhill, enabling Toby to really pick up the pace. He got into his stride and began to accelerate down towards the finish.

By then his lead was unassailable and it was just a question of how big the winning margin would be. Toby didn’t rest on his laurels though. He kept on pushing all the way to the end, crossing the finishing line in a staggering time of 1:17:25.

Impressively, he had beaten the course record by about 90 seconds, crowning a very polished performance for Toby and one he could take great pride in. 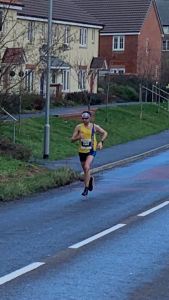 Toby ended up setting a fantastic new course record of 1:17:25 – an astonishing time for such an undulating course

Almost five minutes had passed before Toby’s nearest rival arrived at the finish. That was Phil Thorne from North Devon RRC, who went over the line in 1:22:10. He was followed in by Liam Culliford of Mendip Triathlon who completed the course in 1:22:31.

This resounding victory bodes well for Toby’s prospects in the Taunton Marathon which takes place in April. He’ll be defending the title that he won there last year in a time of 2:41:10.

Then a couple of weeks after he’ll be returning to the Highland Fling, looking to better the time of 7 hours 57 minutes and 50 seconds that he clocked last year, which earned him a 5th place finish. Later on in the summer he plans to head over to Italy for the Laverado – a 120km off-road ultra featuring over 5,800m of ascent.