Tom Paskins kills it at Run Killarney Half Marathon 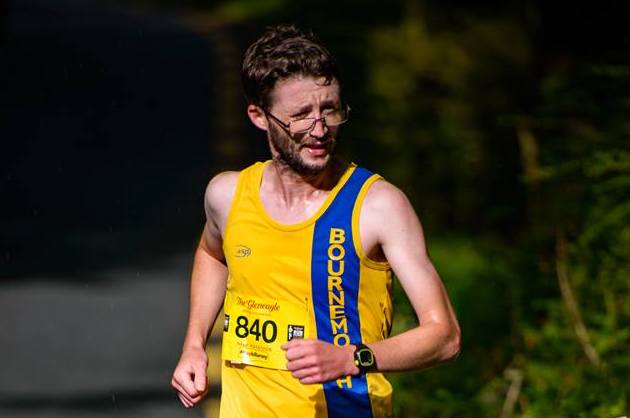 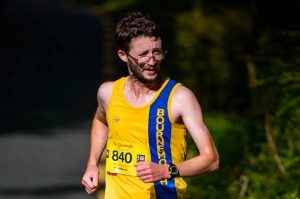 Tom Paskins went over to Ireland in search of a PB and a first ever sub 1:20 effort in the Run Killarney Half Marathon

He definitely seems to have some sort of affinity with running in Ireland. Maybe it’s the rugged and unforgiving nature of the landscape, with its unpredictable weather-fronts and frequent undulations which provides such a testing yet enchanting environment.

On the other hand, perhaps it’s the Guinness and that distinctly authentic and organic flavour of the ‘straight from the factory’ ebony nectar that draws him over. Who knows? What we do know is that Tom Paskins comes into his own when taking to the turf on the Emerald Isle.

On his last visit to Ireland, Tom took part in the Extreme North Quadrathon where he had the unenviable task of completing four marathons in four days. They weren’t your average half marathons either. The event was based in Donegal up in the northern reaches of the country where, each day he would do battle with the Wild Atlantic Way.

The hills on each stage of the race were brutal as well but Tom seemed to prosper in this kind of environment and, as it turned out, he won all four stages of the Quadrathon, proudly bringing the title back home with him to Bournemouth.

It was actually a runner he’d met at the Quadrathon in Donegal who had recommended to Tom that he visit County Kerry, proclaiming it to be a beautiful place. That inspired Tom to book a short break in Killarney and to do the Run Killarney Half Marathon whilst he was at it.

Looking at the results from the previous year and the finishing times of the top runners he knew a repeat of his Quadrathon victory was extremely unlikely. The results did seem to imply though that it was a course where fast times could be achieved.

The route profile revealed a fair few undulations but no real testing hills to worry about. There was also a lengthy two mile stretch of downhill which made it an ideal course for him to have a crack at that much sought-after sub 1 hour 20 minute target he’d been chasing for quite some time.

Tom’s previous half marathon best was 1:20:33 at the Bournemouth Marathon Festival in 2016.

Having struggled in the heat at most of his recent Dorset races, Tom was banking on some cooler conditions at Hibernia, a place they call the Land of Perpetual Winter. And it did indeed live up to its name, delivering a cool, crisp morning as the runners were bussed out from Killarney to Moll’s Gap for the 8am start. 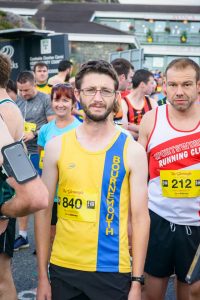 It was then simply a case of running the 13.1 miles back into town. The runners were also quite lucky to get a tailwind, which helped massively since the route was all in one direction, from Kenmare to Gleneagle Hotel near Killarney town, as opposed to a loop or an out-and-back.

The Run Killarney course is claimed to be one of the world’s most breath-taking routes in terms of the scenery as it passes through Killarney National Park and Muckross House and Gardens.

The race began on a sharp downhill curve which meant everyone got away quickly, compromising Tom’s plan to start steadily.  Having been caught out going off too fast in races before he was weary of that but found he was unable to stop himself. 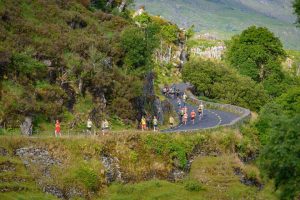 The Run Killarney course is renowned for its stunning scenery throughout

Getting caught up in the rush, he registered a 5:41 first mile. At that point he feared he might have blown the race as it seemed a little too quick for the first mile of a half marathon.

Once the undulations began to kick in though his pace slowed down to a more reasonable tempo and Tom found he was able to stay strong and keep the pace consistent thereafter.

Using the two-mile downhill segment between miles 3 to 5 to bank a few faster miles, Tom was well on his way to a promising time. He hit mile 13 in around 1:19:10 and could then see the finish line 200 metres ahead. 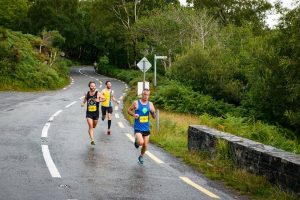 A frantic sprint to the finish was now required for Tom to get the time he was hoping for. Luckily, he had just enough left in the tank and was delighted to cross the line in 1:19:46. He’d done it! He’d finally broken down that elusive 1:20 barrier!

That put Tom in a very impressive 20th position in a field of just under 1100 participants. 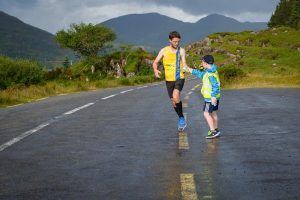 Tom takes some welcome refreshments on board

Although Tom enjoys running the big city major marathons, there’s something he finds very inspiring about running amidst wild Celtic landscapes like this one. His performances at the Quadrathon last year and the Loch Ness Marathon in 2014, where he also had a really strong run, have shown him that.

He particularly loved the slogan on the back of his finisher’s t-shirt which seemed to sum up his whole experience. It read: “Run Wild, Run Free, Run Killarney”. 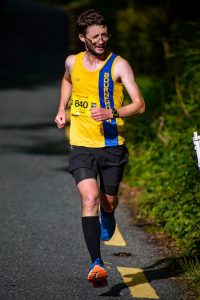 A top run from Tom saw him achieve his target of a sub 1:20 half marathon for the first time ever