Tremendous time for Tag in Friday Night Under the Lights 5K 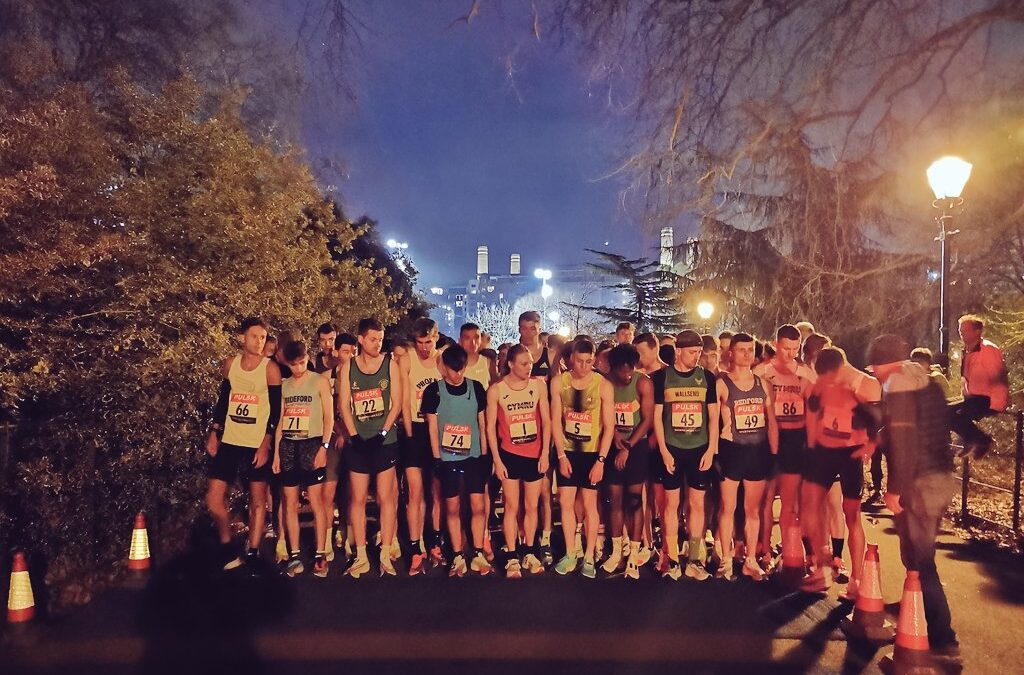 If you can call a 33:27 10K time a disappointment then Rob McTaggart was looking to bounce back quickly from his run at Goodwood Motor Circuit with a 5K blaster in Battersea Park.

The Friday Night Under the Lights 5K attracts a ferociously fast field with some of the top runners in the country doing battle in a race designed to maximise potential.

Tag had a superb run in his last Friday Night Under the Lights 5K, recording his second quickest 5K time on tarmac at 15:33. But could he improve on that further this time round?

Opening with an extremely quick first mile of 4:49, it was so far so good for Tag. But maintaining that for the duration of the race was always going to be a challenge.

Following it up with a second mile of 4:53, Tag was still feeling pretty comfortable at that stage. It was the last mile where he began to find it tough and really had to dig in, but he managed it will. Clocking a 4:57 for the last mile and then cranking the pace up again for a final burst to the line, he’d delivered a truly remarkable display.

Finishing in a flabbergasting 15:24, it was finally a fantastic new PB for Tag. Eclipsing his previous best time of 15:31 which was set back in 2010, it was an outcome he’d been craving for quite some while.

The standard of the field was so high that incredibly, that put Tag down in 148th place, although he was the 5th fastest M35. A total of 272 runners took part in a race that is only open to very fast athletes.

A man who was been impressing in a lot of races lately, Jack Rowe of Aldershot Farnham & District, came out on top, recording a super quick time of 13:42. His nearest rival was Michael Ward of Cardiff Athletics who finished in 13:54. Alexander Lepretre of Highgate Harriers was 3rd in a time of 13:55.

Seven men managed to get under 14 minutes and amazingly, 110 were able to get in under 15 minutes, one of those being Poole AC man Dom Willmore who finished in 14:57.

Dom was the man who came out on top in the Run Bournemouth Half Marathon in October in a staggeringly quick time of 1:07:30. Tag was third in the race that day.

It was great for Tag though to be recapturing his best form and on the basis of that, it could be a very interesting year ahead for him.

For his next trick, Tag will be in action at the Lytchett 10 mile race where he will be running it as part of a longer 20 mile run. That will probably mean doing a full circuit before the race officially starts to forge it into a good marathon training run.

Tag has entered the Wrexham Marathon which is scheduled for the end of the April so he will be looking to get himself in prime condition for that over the coming weeks and months.

If this is the base he has to work from then he shouldn’t have too many problems with that to be fair.