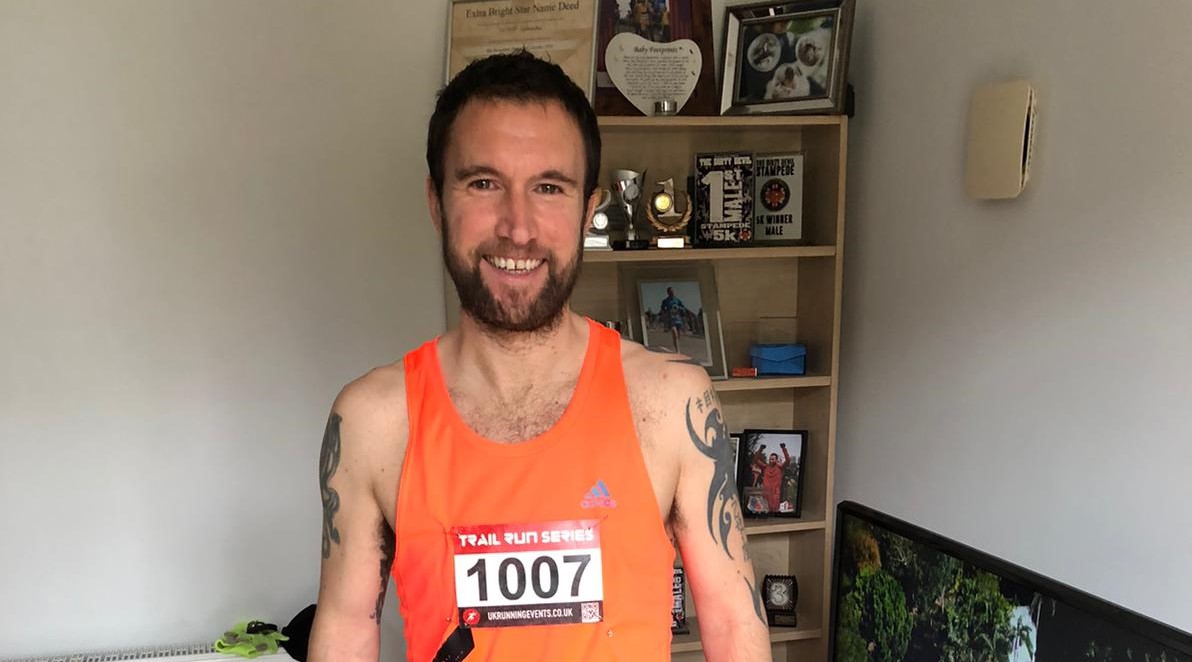 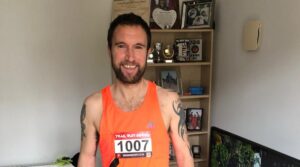 His stellar performance in the Run to the Sea 50k Ultra last October certainly did something to reignite the fire in Trev Elkins with regard to racing and competing.

Since then though, the various lockdowns and restrictions on mass participation events have meant that opportunities to do it have been very limited.

That left him like a horse in traps for quite some time, waiting for the chance to bolt free and let the shackles off again. That opportunity finally came, albeit nearly six months later, in the form of the New Forest Off-Road Half Marathon event.

The fixture was put on by UK Running Events and consisted of a 10k and a 14k race as well as the half marathon showpiece. Trev opted for the 10k distance.

Naturally, he was super excited to be back out there and to Trev it felt a bit like 2015 all over again, when he lined up for his first ever race. He threw himself into beast mode and just went for it, hell for leather. That’s the kind of approach that’s he’s perhaps lacked over the past couple of years.

The race was staged at the Hinton Admiral Estate, after being granted special access to an area of the New Forest which is not usually open to the public. 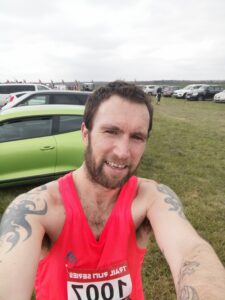 The starts were staggered, going from 8:30am through to 1pm and Trev opted for a 12:50 start. With hindsight, that might have been a mistake, as there were times when he felt like he was in the queue at Aldi supermarket but without any cheap groceries to bag at the end of it.

Everyone in front of him was bottle-necking to cross bridges or go through gates and to take the racing line as they followed the trail through the forest.

That meant Trev had to be ruthless and just carry on, running through bushes on occasions and speeding up where necessary to get to the corners first. The adrenaline buzz he got from that may have helped spur him on though.

The runners who were in front of him were those who had started in earlier slots to him, some also doing the 10k race and some back-markers in the longer distances.

The first 4k was on an incline, on bobbly, uneven ground, and also a tricky 24kph headwind to contend with. With that in mind, Trev decided to see how he felt and perhaps ease himself into it.

He hadn’t checked any of the live results so had no idea what the time to beat was or anything like that. He’d done an 8k threshold run in 29:28 quite comfortably a couple of weeks beforehand though so he knew he had some form in him.

One he got going, Trev could tell he was feeling good and decided to crank it up a notch. Getting through the first mile at 6:14 average pace, he’d set off pretty quick. After that he settled into a slightly steadier pace at around 6:35 pace for the next few miles.

It was only really on the fifth mile when he started to struggle a bit and his pace began to waver. He got through it though and recovered well to finish strongly in the last mile.

Finishing in a time of exactly 39 minutes, it was a strong run from Trev and he was pleased with the outcome. Of course, with everyone starting at different times, he had no idea at that point where that would put him in the final standings.

It turned out it was good enough to see him finish top of the pile, with the next fastest runner, Lee Thomas, finishing in a time of 39:21. They were the only two runners to get inside 40 minutes. It was a fantastic result for Trev and he should have a winner’s prize being posted out to him next week. 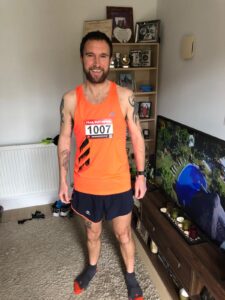 Completing the 10k course in dead on 39 minutes, Trev had outdone all of his adversaries on this occasion

The victory has fueled his desire to race more and given him back that hunger to compete and test himself. It was a good feeling for Trev to come out on top, having gone quicker than 99 other competitors. He was glad that he was fit enough and able to find it within himself to push harder than ever.

The fact he felt stronger than he ever had before is a good sign for Trev and will give him confidence to take into future races. Speaking of future races, he already has a few in the pipeline including the Eastleigh 10k which has been scheduled for July, the ABP Southampton Half Marathon in September and the Great South Run in October.

He’s also signed up for Bournemouth Beach Race in early may. That’s an event which he has won the 5k in twice before, so there’s plenty to look forward to for Trev from a running perspective.

He and his partner Gemma also have a baby on the way so there are certainly some exciting times to come this summer. His victory in the New Forest Off-Road 10k could well be just the beginning of a cracking year ahead for Trev.