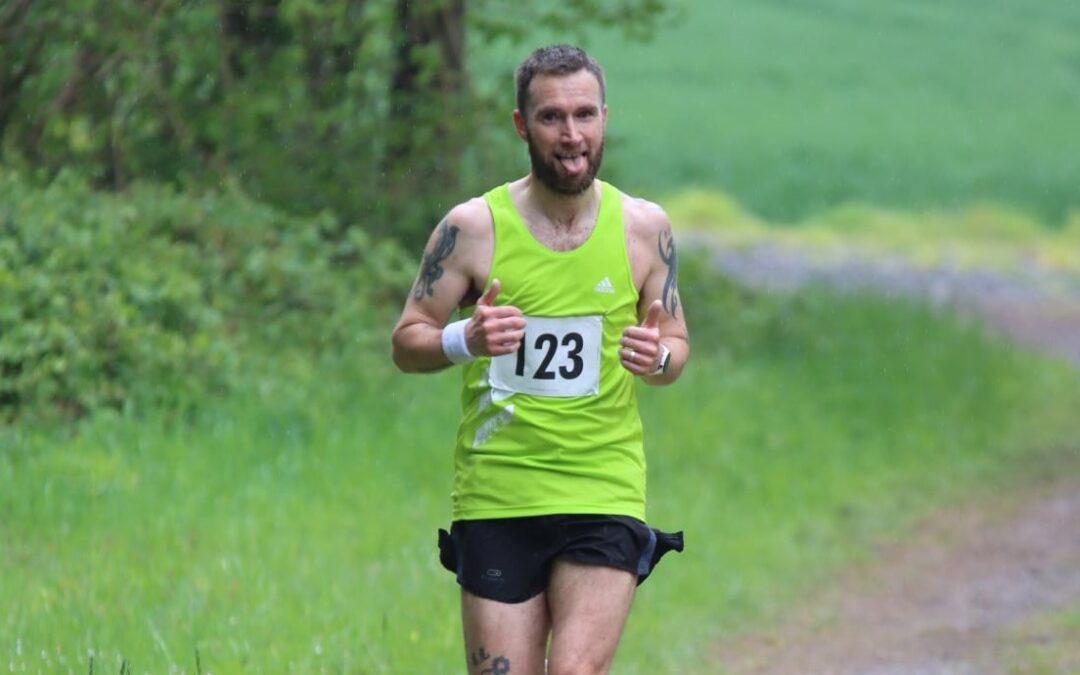 Held on a 3000 acre private estate at Manswood, in the heart of rural Dorset, the Bluebell Bash was an attractive prospect for anyone looking to sharpen their off-road speed.

The route was of an undulating and mixed terrain persuasion, featuring footpaths and bridleways heading through woodland and over rolling farmland. It was very much a countryside escape.

The event included both a 10k and a Half Marathon race and there was Bournemouth AC involvement in both, with Trev Elkins going in the 10k and Stu Glenister in action in the Half Marathon.

Stu started off quite quickly in that race, getting through the 10k point in 41:53 but he faded a bit over the second half of the race and ended with an average pace of 7:25.

It was actually Poole Runners man Sean Hogan who picked up the victory in the ABP Southampton Half Marathon, completing the course in 1 hour 11 minutes and 16 seconds.

It was three weeks on from the Yeovilton Easter Bunny 10k for Trev, which he completed in 37:46. It wasn’t quite as quick as his fastest 10k of 36:44 which he did at Eastleigh in March but it was still a decent run on a course which wasn’t the fastest.

When the Bluebell Bash 10k race began, Trev took it slowly at first, easing himself into it. He was in the top eight at that point after a 6:22 first mile which was mostly uphill. 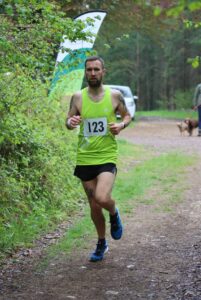 Cranking the pace up a notch for the second mile, he then caught the runners who were in first and second place and motored ahead. From that point on it should have been plain sailing for Trev but unfortunately it didn’t go quite according to plan. 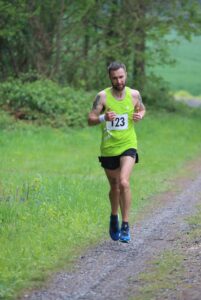 Someone had pulled off one the arrows at a crucial point in the race, leaving Trev with a choice of two directions. He chose the wrong one and ended up veering off course. Realising he must have gone wrong, Trev double-backed and waited for the next runner to come past. 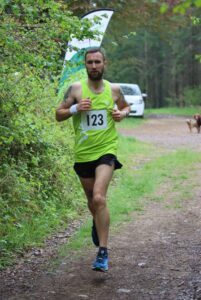 That was Zoe Sheffield and luckily she knew the route back. Trev then ran with her until he saw an arrow and then pulled away. Cruising in for the win in an official time of just over 45 minutes, it hadn’t quite gone as smoothly as it should have for Trev.

He’d ended up running 7 miles, so the wrong turn had cost him a fair bit of time. Despite that though, he still managed to get the job done and win the race so from that perspective, it was a great result for Trev. 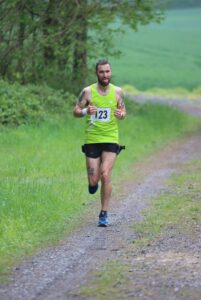 Zoe took the runner up spot, arriving around 20 seconds after Trev. Then it was Jon Fine coming in to take third place in 48:50. A total if 132 runners successfully completed the 10k race.

With the extra distance included, Trev ended up getting through 436ft of elevation and he got round in an average pace of 6:21. Calculating that he would have finished in around 38 and a half minutes, it was frustrating not to get the time that he deserved, but still, it was a good win all the same. 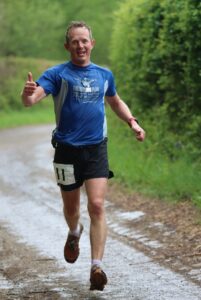 In the Half Marathon race, Stu Glenister crossed the line in 1 hour 42 minutes which was enough to see him claim 8th place in the overall standings. That was out of field of 62 runners. 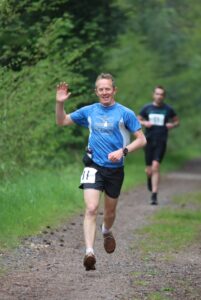 Stu gives a wave to the camera as he heads past

The winner of that race was Matthew Bentley who negotiated the course in 1 hour 28 minutes. Russell Bennetts took second place in 1:31, with Ross Edwards coming in in third in a time of 1 hour 34 minutes. 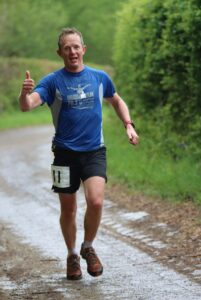 After all his injury woes, Stu was just pleased to be back out there competing again and managing to put in a couple of decent half marathon performances, back-to-back, definitely represents another step forward on the road back to full fitness for him.

Next up for Trev it was a the Clanfield Challenge 12k which was a race he finished 4th in back in 2018. Four years on from that, he would be looking to better the time he produced that day of 49:36. 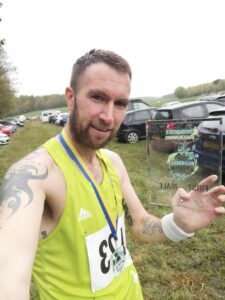