Trevor Elkins ramps it up at the Romsey 5 Mile Run 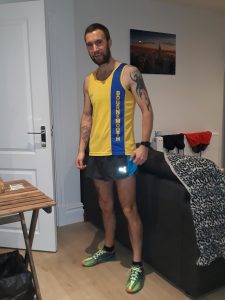 The Romsey 5 Mile Run is set within the majestic grounds of The Broadlands Estate, once home to The Earl Mountbatten of Burma, and is known for being one of the fastest and flattest 5 mile races in the country.

It was a race that Trevor Elkins had targeted for his first time under 30 minutes for a 5 miler. It was always going to be a tough ask though, as it means a sub 6 minute mile average pace. Having recently upped his mileage quite significantly though, Trevor felt like he was in good enough shape to at least give it a go. 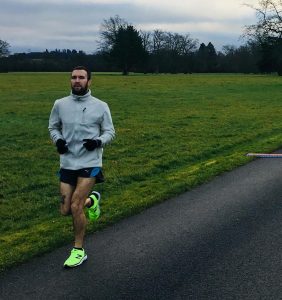 Conscious of the difficulty of the task he had ahead of him, Trevor was desperate to get off to a good start and went through the first mile in 5 minutes 50 seconds. His pace slipped a bit in the second mile but he was still on course for the time he was looking for.

The third mile contained a section of badly maintained pavement, which was so rough it felt like going through a never ending pothole. It was a two lap course and Trevor actually had to go over that section three times.

This did slow him down quite significantly and he went through miles 3 and 4 at around 6:30 pace. He now knew that his chances of achieving his target time had gone out the window. 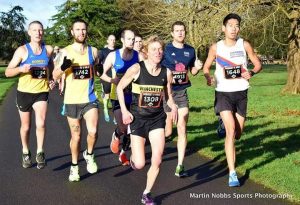 He did manage to pick it up a little in the last mile, managing a 6:15 minute mile, consequently crossing the line in a time of 31:01. Although it wasn’t quite the time he was hoping for, it was still a decent performance from Trevor and gives him something to build on.

In a field of 914, Trevor crossed the line in 39th place, which is still a result to be proud of and it put him 7th in the male 30-39 category. His average pace for the run was 6 minutes 13, which would have pleased most people but for Trevor, it left him feeling slightly disappointed.

Sometimes, as a runner though, you do get those days where it just doesn’t quite click and you don’t feel you have achieved maximum potential. That may have been for case for Trevor on this occasion but he will have the opportunity to redeem himself next weekend as he goes in the Avon Valley Railway 4k; a race he won last year in a course record time of 15:09.