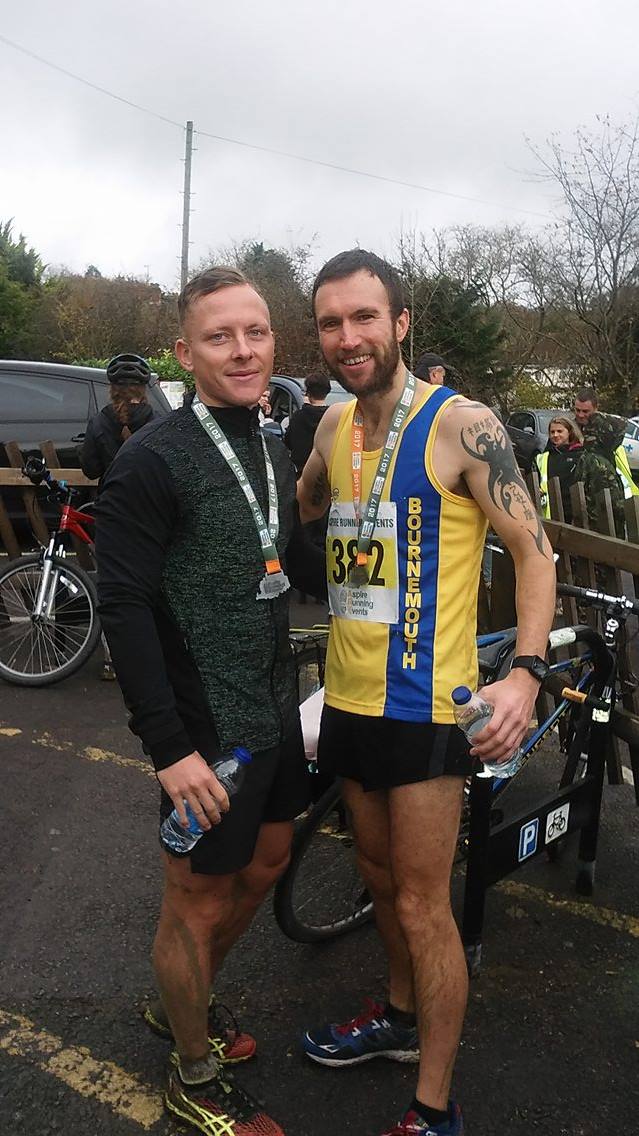 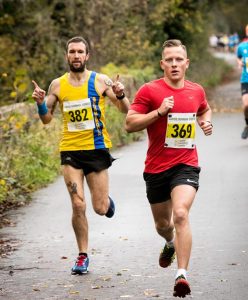 On the same weekend that many BAC members were slugging it out on Butser Hill in an extraordinary Hampshire League Cross Country fixture, Trevor Elkins was engaging in a race of his own that was very similar to a cross country race.

Trevor had ventured over the Bristol for the Avon Valley Railway 10k. Having done quite a bit of running over in Bristol and Bath over the last couple of years, the area wasn’t entirely alien to him and he had had some strong performances over that way in the past. The races tend to be pretty well organised and fun as well. 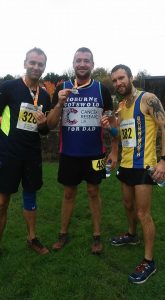 The first 2k and the last 2k of the course were on concrete, running alongside the Avon Valley railway line. The other 6k was over fields and land in the area. It was over that sector of the course where all the fun and games occurred.

Trevor was feeling strong for the race and was in confident mood as proceedings got underway. At first he was in around 8th or 9th place as many of the other competitors got a bit carried away and sped off.

Trevor stayed composed though, looking to conserve energy for the later stages of the race. By the end of the first 2k, he was neck and neck with the race leader. They then headed down into the valley and the complexion of the race took a significant turn.

As they hit the off-road sector, the course became very muddy and slippery. Trevor had opted for road shoes instead of trails, since he knew that 4k of the route was on tarmac. 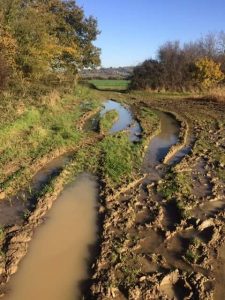 Although the slippery surface was difficult to negotiate, Trevor kept the pace up, jockeying for position with Brad Cox, who was in the lead. Even though Brad had trails on, he was still slipping around a fair bit but he eventually managed to open out a gap over Trevor as he wrestled to stay on his feet. 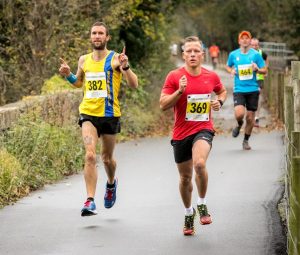 As well as the muddy, slippery ground, there was also a few inclines to contend with. Some sections were also waterlogged and meant ploughing through a 50 to 250 metre area of water. It seemed like to Trevor that the more he waded into the water, the more it slowed him down as his trainers sank into the mud. 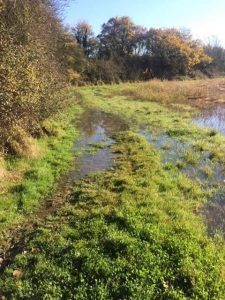 At the 8k stage the route went back ono the road and Trevor was able to start making gains on Brad again as the mud and water on his trail shoes began to weigh him down. There was still quite a big gap between the two though and in the end, Trevor decided to settle for second place. He could see that there was a pretty big gap between him and the third place runner so he could afford to ease off the pace a bit by that point. 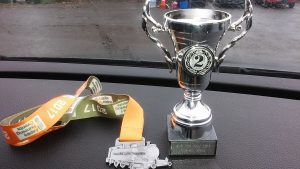 The trophy Trevor picked up for finishing in 2nd place overall

As he reached the finish line, the clock had just edged of the 44 minute mark, giving him a time of 44:04. Whilst this may not sound a particularly fast time for  10k race, when you factor in the difficulty of the terrain, it was actually a very good effort indeed. 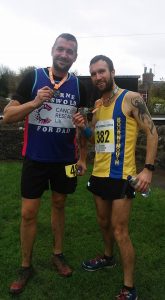 Trevor ran very well to secure a superb 2nd placed finish in a time of 44:04

A lot of the runners had slipped over in the fields and were caped in mud. it was a miracle Trevor had managed to stay upright in road shoes. He was thinking about the last time he had been in a similar race and had collected so much mud and excess weight on his trainers that it slowed him down as the race went on and he lost the man he was tracking, who had opted for road shoes. Trevor was not prepared to risk making that same mistake again. 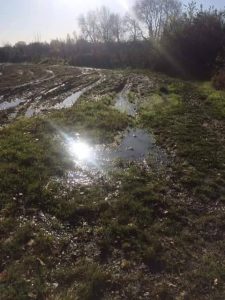 After some heavy rain in the run up to the race, the condition of the course was always going to present problems

He ended the race 53 seconds down on the winner, Brad Cox, who’s finishing time was 43:11. Brad is a very accomplished runner and does have ultra training in him, so to be up there vying for the top spot was an achievement in itself for Trevor. 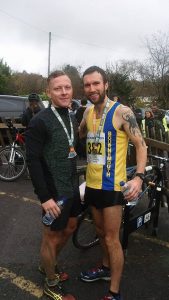 1st and 2nd: Brad and Trevor jostled for the lead throughout the race with Brad eventually sealing the win