Trev’s got 99 problems but a beach ain’t one 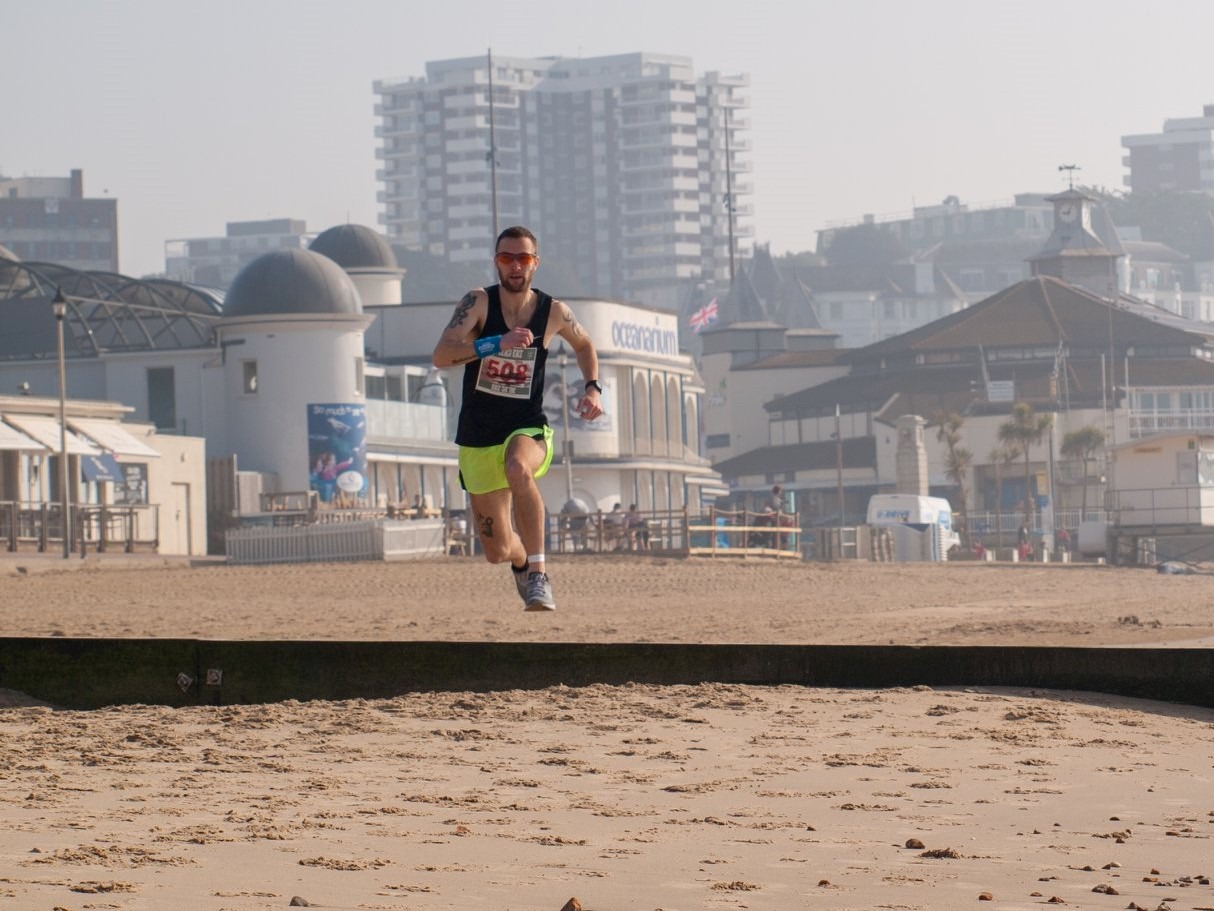 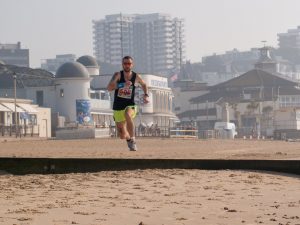 Although he was due to be competing in the 10k race at the ABP Southampton event, in a last-minute change of plan, Trevor Elkins decided to opt for the Race The Tide Run from Bournemouth Pier instead. And it turned out to be a decision he would not regret.

The Race The Tide Run was a Beach Race over a 5k distance. It is actually classed as an obstacle race, due to the requirement to manoeuvre over the groynes after each section of beach.

Trev’s late change of plan was brought about by the after effects he was feeling from his day out on the previous day when he went to Paultons Park for his niece’s birthday.

That entailed plenty of rollercoasters and playing around and he was thinking that it wouldn’t be the best preparation for a fast 10k. As a result, he ended up playing it safe and going for the 5k Beach Race.

The route for the Beach Race was along the shoreline of Bournemouth Beach heading in the Sandbanks direction towards Branksome Beach before turning back. The 5k was a one lap course, starting and finishing on the west side of the pier.

The low tide provided reasonably hard sand to run on. The race featured a number of groynes that had to be negotiated. Most of those were no more than 2 to 3 feet high though and could easily be jumped or stepped over. The race was organised by Offbeat Events.

With virtually the entire race being sand, choosing the right footwear was imperative. At first, Trev was going go for his ‘feather light’ Asics Piranhas.

After Google Earthing the route though, he realised he’d need a slightly heavier, stronger shoe for the climbs and rocks down at Branksome Chine. In the end he went for his Nike Downshifter 7’s, which turned out to be ideal.

Trev was out of the blocks quickly once the race got underway and registered a very quick first kilometre. He decided to temper his pace a bit after that fearing that he might get a stitch. He was building up a good lead though, pulling away from the chase pack by around 30 seconds per kilometre. 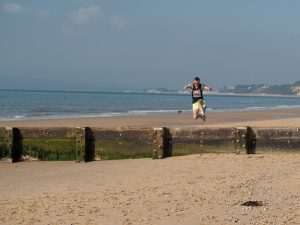 Looking at how he leaps over the groyne here, perhaps Trev Elkins should be recruited for the hurdles

By the time he crossed the finish line, Trev had built up a lead of over 2 minutes on his closest adversary, crossing the line in a super quick time of 20 minutes and 18 seconds. It also turned out to be a new course record, which Trevor was very pleased about.

Laurence Stevenson of Littledown Harriers took 2nd place in 22:21, with Nick Sims claiming 3rd in a time of 22:35. Trev was particularly pleased to finish 3 minutes ahead of Ross Wayne of Purbeck Runners who came in 4th in 23:25. Ross is a low 18-minute parkrunner and was beknown to Trevor from other low profile, short distance races in the past where the pair have duelled for a trophy.

This was to be Trevor’s day though and he took home the trophy and for the glory of victory. Well, the trophy is in the post actually, but either way, he won it and that’s the main thing.

Trev is now hitting a good patch of form after he’d previously finished 13th in the Bournemouth Bay 10k in a superb time of 38:43. No doubt they’ll be more some more good performances to come for Trev as he builds up to his target race of the Vitality London 10,000 at the end of May. 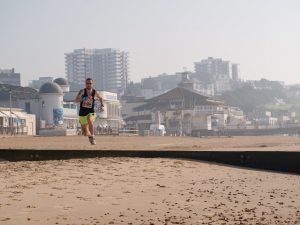 It was a convincing win in the end for Trev Elkins, who had an advantage of over two minutes over his nearest rival