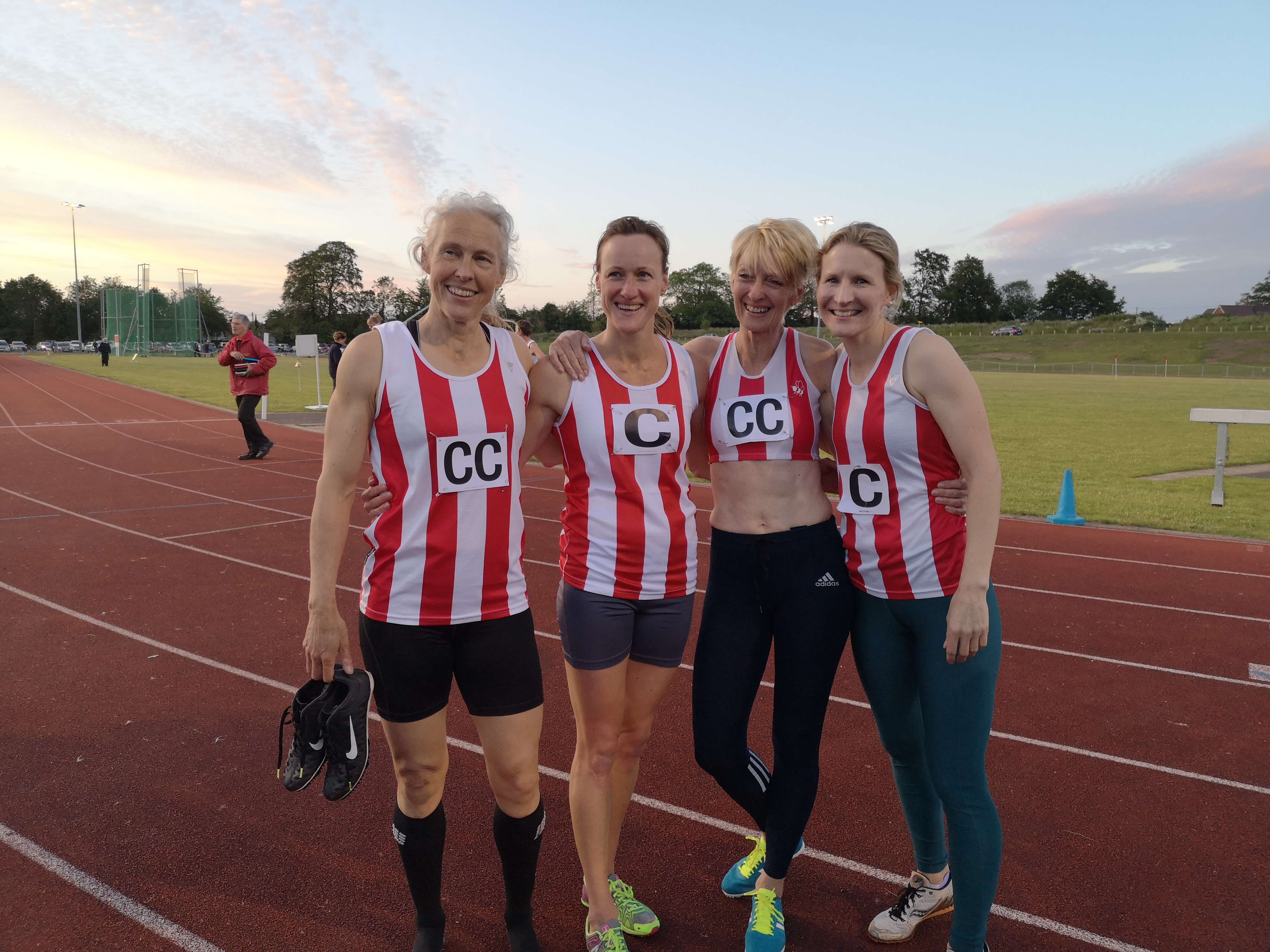 Andrew Sheerin won M35 Hammer and was 3rd in Shot. He impressed all with some big warm up throws in the Hammer and was on top form as usual. We are looking forward to seeing some more PBs soon from the muscular, throwing man.

Janet Dickinson competed mainly in the younger W35 age group.  She won the Hammer, 100m and came a close second in Javelin.  It was another first place for Janet in W50 High Jump.  Only taking limited attempts at all these events as they followed each other in close succession.  In fact the High Jump and Hammer took place at the same time so Janet had to switch between throwing and jumping.  Fortunately they were next to each other to facilitate this. 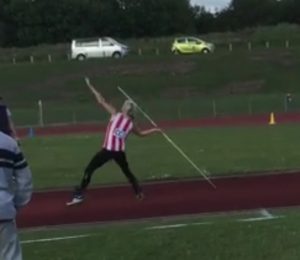 Janet Dickinson W50 throwing the Javelin after just winning the 100m. She went on the win Hammer and w50 High Jump before running the 400m leg in the relay.

Joy Wright had an excellent evening, winning the W35 400m by a significant margin. She won the High Jump and came a near second in W35A 100m into a stiff breeze. Again the High Jump was cutting it fine due to a late start and Joy just managed to secure a winning jump before running almost 200m to the relay start. She was delighted to be back from long term injuries and illness. 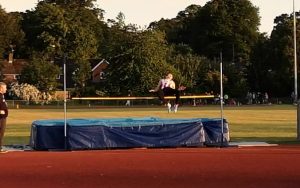 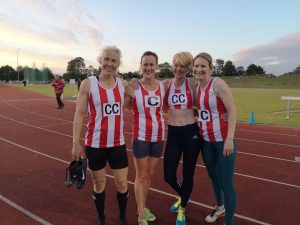 Winning Medley relay team pictured.  Becky Mulley,  Tracey Bezanze along with our Joy and Janet after the final race.  All did many individual events as well.

Congratulations to Southampton ladies winning the match by 6 points, ahead of Winchester. There were fantastic performances all round.  Well done to the men’s team on an excellent second place.

A win puts the ladies team in the driving seat for the league. A victory at Aldershot on the 8 July will mean an automatic place in the finals in Kent on 1 September.

It was a fantastic evening throughout.  Well done to everyone that competed, officiated, managed the teams and provided tea and cakes!