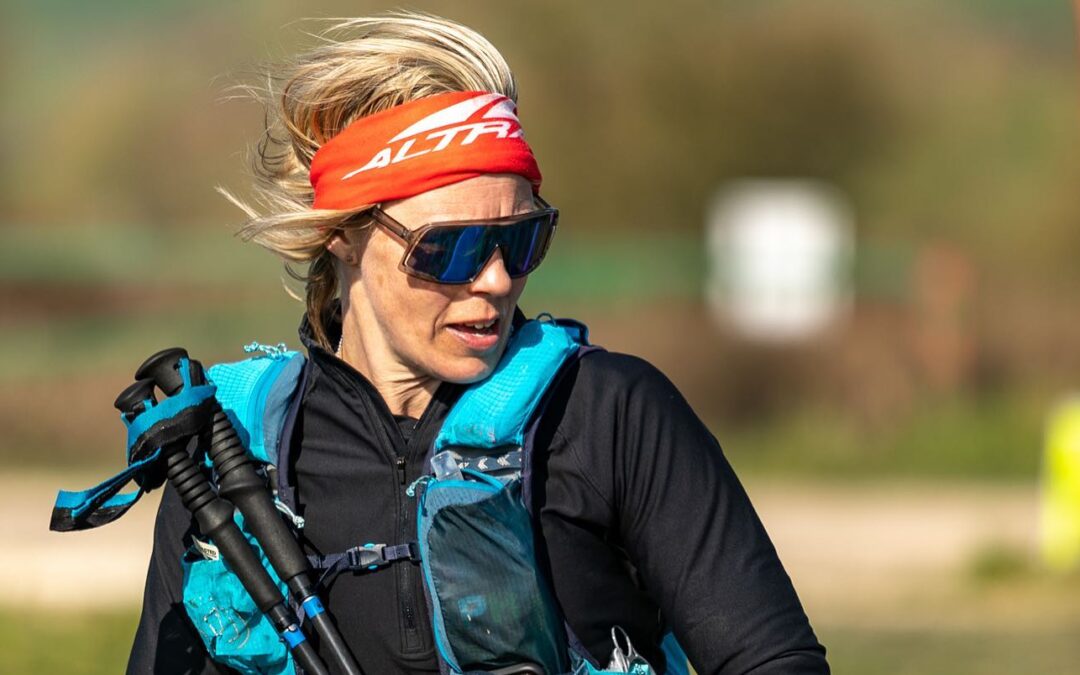 Undoubtedly one of the most picturesque and iconic stretches of coastline in the country, Lulworth Cove is situated on the South West Coast Path and starts out at the infamous Durdle Door.

It’s a fantastic place for trail running but the climbs are insanely tough and will sometimes reduce even the most hardcore off-road runners to walking pace.

The route for the Lulworth Cove Trail Challenge heads out towards Weymouth before peeling off at Osminton Mills. It then leaves the coast path for a bit before joining the upper coast path and heading back towards Lulworth Cove.

After that it is onto the second leg of the challenge which is heading off in the other direction towards St Albans Head and Poole. It then follows the coast path through some M.O.D land before turning off the coast path and loop back round to Lulworth Cove.

With such big hills, the views are of course spectacular. The tricky thing is, you have to make it to the top before you can enjoy them in all their glory.

The 2022 edition of the event actually featured all four distances on both the Saturday and the Sunday. They were a 10k, a Half Marathon, a Marathon and an Ultra Marathon which was 53km. The total elevation for the Ultra is 2300 metres and it’s an immensely tough and unforgiving route.

That didn’t put Linn Erixon Sahlström off though and she was well up for the challenge. As were other Bournemouth AC members including Simon Hearn, who took part in the 10km race. 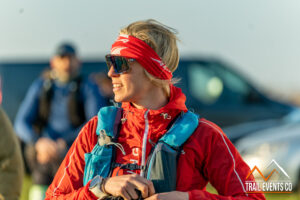 Linn Erixon Sahlström was in action in the 53km Ultra Marathon

Returning to the Ultra running scene at the Centurion Running Autumn 100 in Goring, Linn had been away from it for a couple of years after suffering a dramatic fall at Snowdon.

It was the Autumn 100 that very much reignited her competitive edge and made her realise that she still loved ultra running and she was still capable of thriving in that sort of environment.

She’s now training for her next 100 mile race which is will be the Centurion Running South Downs Way 100 in June. That’s where the Lulworth Cove Ultra Marathon came into play.

Even though it was a pretty extreme race in itself, the Lulworth Cove Ultra was to be one of two training runs Linn intends to do before the South Downs Way 100.

Instead of taking it slow and steady though, she wanted to give those hills a good push. The weather looked lovely on the day but the sunshine was deceptive because of the wind.

Initially, Linn took the back of the leading lady, Rebecca Carver. Rebecca’s pace was pretty fierce though and after 10km, Linn had to let her go. She’s experienced to know what she can and can’t do in order to see a race like that through to the end.

After the loop towards Osmington it was then back along the coastal path, all the way past Kimmeridge, and that was into gale force headwinds. It was the wind that made it a real battle, or more so that the hills. 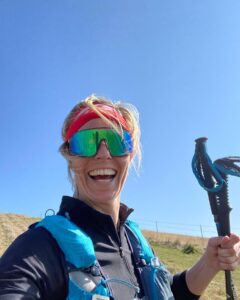 Linn loves all the spikey bits around Lulworth Cove and knew the challenge she was in for but many of the other runners were surprised by their ferocity.

Although she tried her best not to slow down, at times it felt to Linn like she was running in slow motion. When they traversed inland at Swyre Head around 35km in, the wind came in at an angle and finally offered a bit of assistance. By that time though, the legs had already taken a real beating. 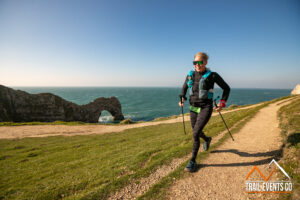 Linn heads past the iconic setting of Durdle Door

The final push home was bliss though but with the distance coming up at 54km and the elevation gain reaching 2500m, it took Linn 30 minutes longer than she was expecting to complete the course.

Her official finishing time was 6 hours 44 minutes and 35 seconds, which put her in 8th position overall and saw her take the 2nd female spot after Rebecca Carver who actually finished 2nd overall in a time of 6:02:44.

Only Ryan Whelan was strong enough to be beat that time and he secured a resounding victory getting round in a time of 5:15:30. John Holley took 3rd place in a time of 6:03:34. 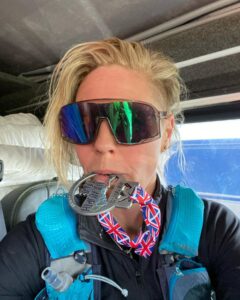 Linn was actually only 12 seconds behind the man who finished 7th in the overall standings and that was Matt Lay. Her previous 100 mile race showed that even in a race of such a long distance, the margins can be very fine. In that one she finished as 3rd placed female by just six seconds over the woman who ended up 4th.

The next female to come in after Linn at the Lulworth Cove Ultra was Gillian Seaton and she crossed the line in 7:39:35 to take 11th place overall and first over 50 female. There were 32 starters on the Day 1 Ultra and 30 of them successfully negotiated the course.

Linn found it to be a fun route but it would have been better if the the signs had been placed better. Aside from that though, it was a great day out that really took most of the runners to the limit, including Linn. The extreme winds had been a game changer and made it a full on, on-stop, airhead experience. 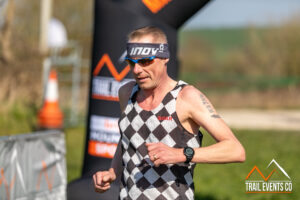 Buoyed by his excellent half marathon PB at Cambridge, Simon Hearn ran well In the 10km race on Day 2 of the Lulworth Cove Trail Challenge. Getting round in a time of 1:07:20, Simon was third fastest in the field, based on gun time, although effectively it was 2nd as the guy in front of him had a dog.

The winner of the race was Antal Farago and he whipped round the course in 55:27. Then it was Jonathan Pike who registered a time of 1:05:23. Daniel Fielding started five minutes later but his chip time did actually make his second quickest in 1:03:42. 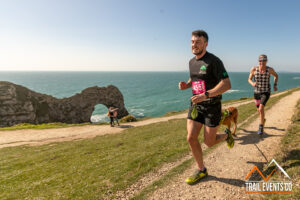 Simon chases Jonathan Pike who had his dog with him

Grace Haskins was first female and 5th overall, crossing the line in 1:13:24. There were 43 people taking part in the 10k race that day.

Simon was happy to receive a trophy through the post for 2nd place and to then receive another trophy a couple of days later for finishing as first male over 50, so it was quite a lucrative race for him. 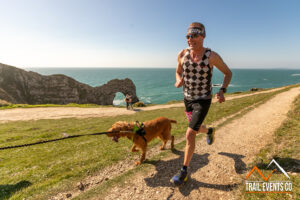 Simon heads past the stunning backdrop of Durdle Door

The Ultra Marathon had certainly served its purpose as a really good training run for Linn and answered a few questions she had. She now has to recover as quickly as possible before her next race, or training run, which is a 60km trail one in Sweden.

It will be her first race on home turf since she left Sweden back in 2011 so she is very excited to return. She knows some of the other ladies who will be running as well and they are very speedy so her goal is to just enjoy being at the back. After all, she prefers to be the tortoise rather than the hare.