Ups and Downs for Toby Chapman at Ultra Pirineu 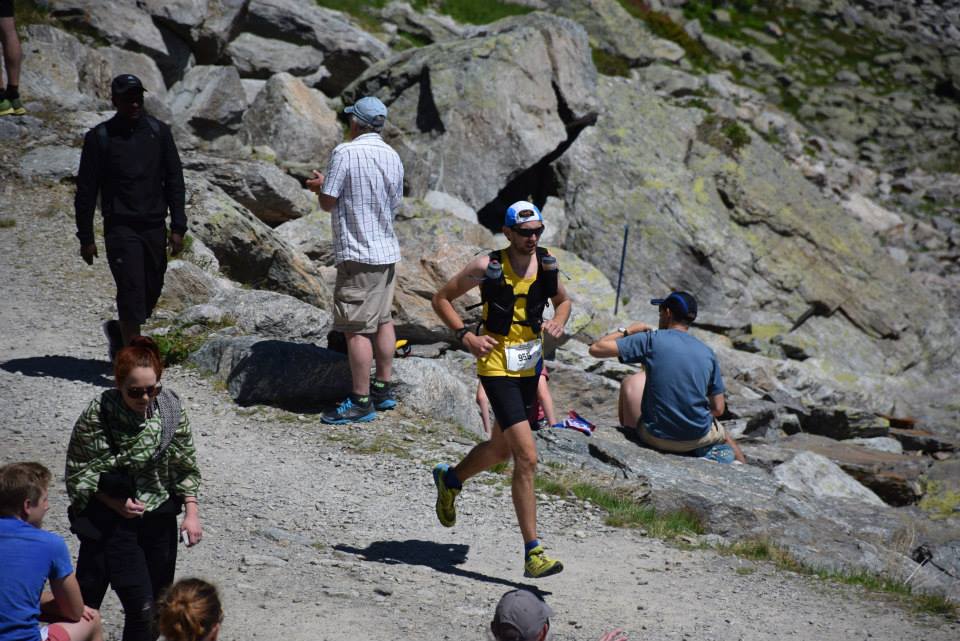 The Saloman Ultra Pirineu is a 110km mountain run held in the magnificent Cadí Moixeró Natural Park in the Spanish Pyrenees. The race is famed for its colossal 6,800m elevation gain linking eight different mountain huts. In fact, the slopes are so steep, they mostly entail hiking up, rather than running and even that is a very tough ask for the average runner.

The race starts and finishes in the small town of Bagà, which is near Barcelona. The route combines high mountain passes with urban areas and carries a capacity field of 1,000 runners. The setting is spectacular with breath-taking scenery and magical sunsets.

Toby is no stranger to tough mountain ultras having recently entered the Mont-Blanc Marathon 80km race. He managed almost 50km before being forced to abandon his quest due to sickness. By that time he’d been running for over nine and a half hours.

He was hopeful that the Ultra Pirineu would be a bit more runnable and would suit him better, despite being further in distance. Either way, he was primed and ready and determined to give it his best shot and leave everything out on the slopes of the Pyrenees. 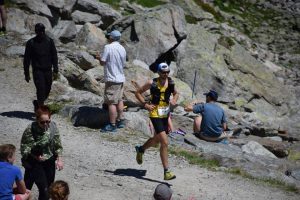 The race started on Saturday 23rd September at 7am. It was an elevation gain of 1000m to the first checkpoint, which was at Rebost. This was 7.6km into the race. Toby arrived there in just under 1 hour 25 minutes which put him in 323rd place.

After that, a further 924m of climbing took him to Niu d’Aliga, taking the distance up to 13.7km. He’d now been racing for 2 hours 37 minutes and was in 253rd position.

It was mostly downhill to the next checkpoint at Serrat Esposes. He’d now covered 28km and the fact that this was a runnable section helped Toby gain several places. He was now in 199th place, having been going for 4 hours 33 minutes.

After a short uphill stretch, it was then downhill again to the next checkpoint at Bellver. This was at the 39.6km mark and Toby arrived in 5 hours 44 minutes. He was now in 172nd position.

He then had to ready himself for a further 10km of climbing before reaching the next checkpoint at Cortals. This took the total elevation gain to 3,268m and Toby had been going for 7 hours 31 minutes. He had now moved up to 140th place

The following stoppage point was just over 60km into the race.  The elevation was now up to 4,181m and Toby had been racing for 9 hours 38 minutes. The route then continued uphill for a few kilometres before working its way down to Gosol.

Reaching Gosol meant Toby had now covered 73km and had arrived in 11 hours 54 minutes. That put him in 162nd place. By the time he set off on the next stretch it was after 7pm.

It was then onto the penultimate pitstop at Estasen. This was 82km into the race. Toby hit this point at 13 hours 41 minutes. He was now in 148th place. The total elevation gain was now up to 5,093m.

This left 18km to go to the finish. The next checkpoint was at the 99km stage. Upon reaching this, the finish line really would been almost in sight. Sadly Toby never actually made it that for. He was forced to pull out at the 96km point suffering from severe dehydration. 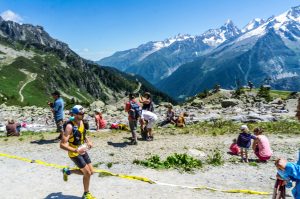 Toby made his way through the hellacious peaks of the Cadí Moixeró Natural Park to complete a total of 96km and an elevation gain of almost 6,000m

Whilst it was gutting to get this far and not make it to the end of the race, there was just no way he could continue. His body was shutting down and sadly he had no option but to withdraw.

Despite registering another DNF, Toby was able to see the positives of the race and was pleased with his performance. It was also a great learning experience and the more of these types of races he does, the more he’ll master the nuances of staying hydrated and getting the right nutrition and rest.

Plus completing 96km with such a huge elevation gain will be a massive confidence booster for Toby as he now knows he can do it. If he’d just got his hydration levels right he would probably have made it to the end. Races like this can hang in the balance on aspects like that and it’s so important to get it right.

Only 603 out of the 1000 people who started the race actually made it to the end, which gives some indication of how tough it is, even for experienced mountain ultra runners. The physical demands on the body are just so extreme.

It hasn’t put Toby off though and given the courage and determination he possesses, there’s no doubt he’ll continue with his foray into challenging mountain ultra races that can push him to the absolute limit and beyond.

After a valiant effort leaving him so close to the finish, Toby will be determined to take on another mountain ultra and race and get end next time