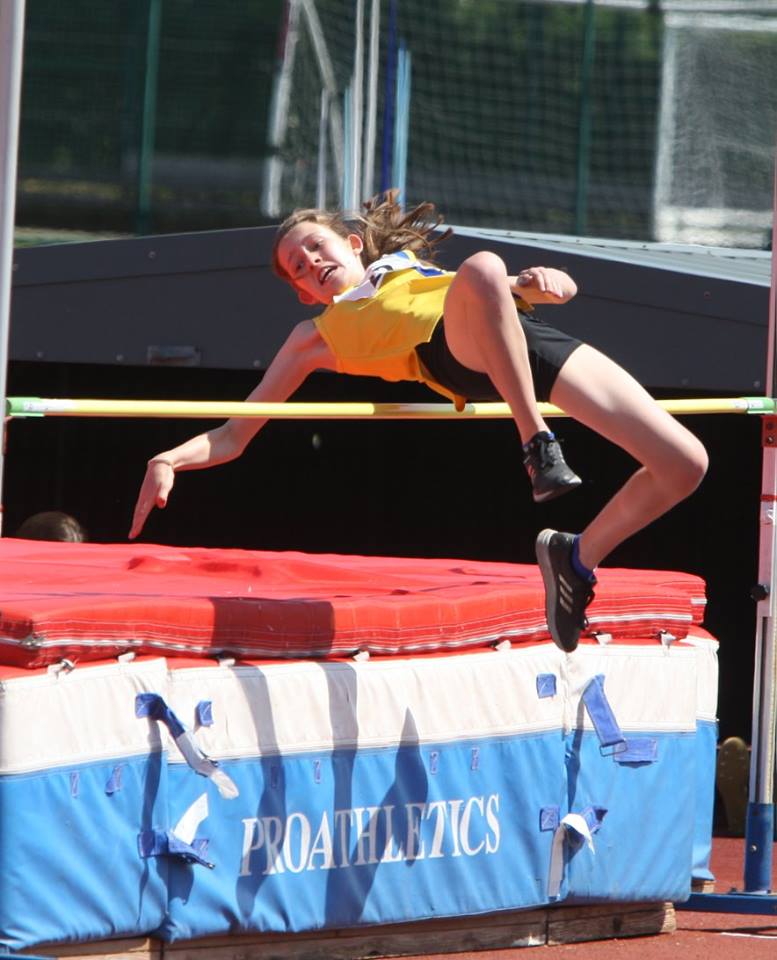 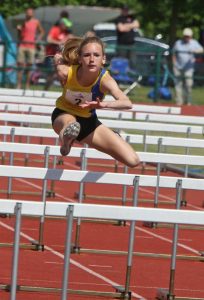 Our second of four competitions took place on Saturday at Winchester. The sun was shining and everyone was in good spirits. First on the track was Joe Wilkinson, his first ever hurdle race, feeling nervous he executed the race safely and managed to finish 3rd. Next up was his big sister Mia who showed him exactly how to hurdle, almost effortlessly she cleared the hurdles in 12.5 a terrific PB for Mia. Oscar Ewen Matthews and Henry Phipp were busy competing in the long jump, both jumping exceptionally well with Henry gaining a PB! 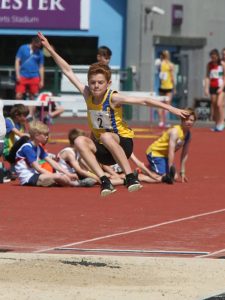 With little rest for Oscar he was ready to run his 200m along with Aayan Kar. Great races to watch with Aayan gaining a PB. The next race was an athlete we all enjoy watching, Amelia Verney was on the 200m start line. Amelia never fails to deliver on the track running a magnificent 200m 25.3 putting her 1st in the country for 200m!!! Following Amelia was another amazing athlete and one to watch, Keon Dzuda who ran 200m in 25.6 PB!! 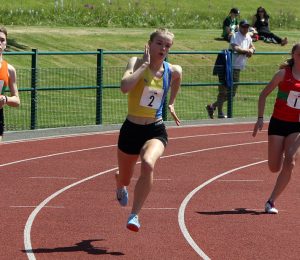 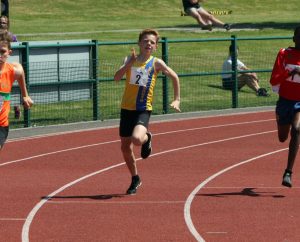 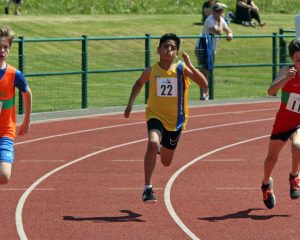 Over on the long jump was Lana Blake who jumped an incredible 5.25m PB and Tamika Douch jumped 4.76m, terrific jumping girls! Back on track was Oscar and Daniel Armstrong running their 800m, Oscar ran a superb race followed by Daniel in the B string who executed a perfect race sitting comfortably behind the leader waiting to pounce. 75m to go and Daniel dropped down a gear and power past to finish in 1st place and PB! Following the boys 800m was Abigail Phillips who ran a super 800m 2:44.1 PB! Finally Morgan Sommerseth ran a great 800m coming 2nd 2:26.0 PB! 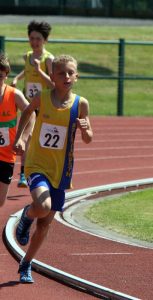 Anya Sandell again stepped in for the high jump and cleared 1.15m. This was Henry Phipp’s first competition and after his great long jump he followed with jumping 1.15m in the high jump followed by throwing 5.66m in the shot putt. Super effort Henry and welcome aboard! 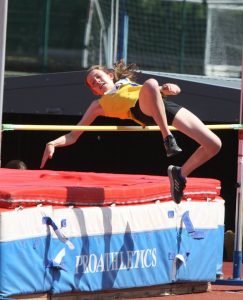 After lunch it’s the sprints, first up 75m and Mia Armstrong running a PB 11.3! Daniel Armstrong ran a great 100m so did Aayan Kar. Next on the track was Amelia and she flew down the 100m straight 12.5! Then it was Lana’s turn and she kept her nerve after three failed gun starts! Eventually Lana also flew down the track 12.9! Next up was Tamika 13.7 and Isabelle 13.3. Great result all round. Keon followed the girls down running a breath taking 12.2 PB! Keon has had an awesome competition! 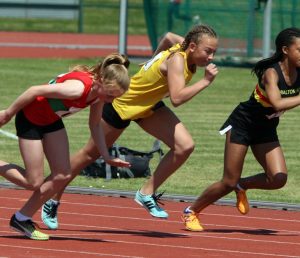 After all this excitement we watched Abigail run her 300m and another PB for Abi 45.4! Followed by Jasper who has come back from injury and ran a respectable 47.3. The final track races are under way with Isaac Sandell starting off the 1500m and ran a great race in hot and sticky conditions. Martha Preece and Neve East ran a super 1200m. Martha smashed her PB 4:11.8 and Neve who is new to competition ran an amazing 4:13.9. Finally Jasper ran an excellent 1500m race after coming back from injury!

So our U15 girls relay were an all Bournemouth team and the smashed the BAC record which is truly tremendous. Well done Amelia, Lana, Isabelle and Tamika, great team work!! And we won overall with 580 points !! What a good day 😊

Photos by Mike Gorden, thanks!