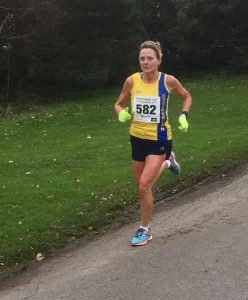 This one may have gone under the radar a bit but Yvonne Tibble finished as first lady in the Imperial Series, which culminated in a superb victory at the Larmer 10 back in March.

To qualify to win the Imperial Series you have to finish all three 10 mile races in the set, which are the Lychett 10, the Bournemouth 10 and as previously mentioned the Larmer 10. Then the times of those who have completed all three are then added together to make one cumulative time. That time then decides where you are in the standings at the end.

Amazingly, Yvonne finished in 28th place out of 197 who completed all three races in the series. This was a phenomenal achievement for Yvonne and her cumulative time made her the top lady on that list.

Yvonne finished the Lychett 10 in 1 hour 12 minutes and 59 seconds which made her 5th female on the day. Then at the Bournemouth 10 she was the fourth lady to finish with a time of 1 hour 13 minutes and 25 seconds. At the considerably tougher Larmer 10, Yvonne was the first lady finish in a time of 1 hour 21 minutes and 40 seconds, capping off a very memorable series in an ideal way.

Yvonne was the only BAC runner to complete all three races in the series. She was also the only around when they gave out the prizes to hear the Imperial Series organisers thank Bournemouth AC for organising the Bournemouth 10 that took place on 26th February. 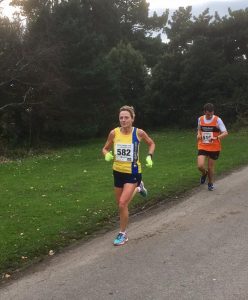 Yvonne sealed the series win after victory at the Larmer 10