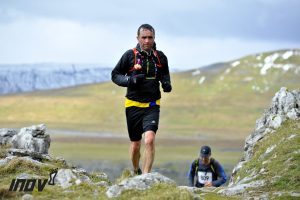 Damian Boyle about to conquer Ingleborough with Whernside in the background

Some results from the weekend not yet available, but this will be updated when they are, so PLEASE COME BACK in a day or two. Please see updating in  italics. 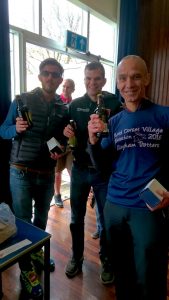 The 8th (of which BAC athletes have won five) North Dorset Village Marathon, which took place on Sunday 1 May, impeccably organised, as ever, by Gillingham Trotters, was a successful race for BAC, with individual and team wins.  Jon Sharkey (2.39.55) regained the title he took at the inaugural marathon, by winning outright, way ahead of even the first of the relay teams.  Next BAC were Simon Way (2nd overall in 2.47.50) and Anthony Clark (4th overall in 2.51.59), completing the winning team in the open competition.  It was a pleasure to see Simon finishing the marathon so strongly after a scare two weeks ago, when he pulled out of the London Marathon, and hats off to Anthony, who completed a gruelling few weeks which involved his successful runs in the Anglo-Celtic 100k Plate (in which Anthony was competing for England) and the London Marathon. With a remarkable display of loyalty to his club, Anthony ran in the North Dorset Marathon to support BAC, despite everything he had done so recently, this being an important Dorset Road Race League event.  The same can be said of Andy Gillespie, who completed the marathon despite not being in top form, having completed the Jurassic Coast Marathon (actually three marathons in three days) not that long ago.  Although BAC didn’t field the full DRRL team of five, nevertheless having four finishers automatically places BAC above teams with three or fewer competitors, and could have a significant effect on the result, so well done to everyone!  As yet, the marathon results and DRRL placings aren’t available, but this report will be updated when they are. 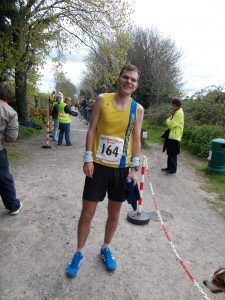 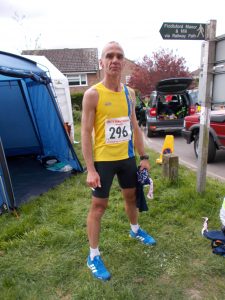 Meanwhile, further north, two of BAC‘s Ultra Runners were in action – it was great to see ‘Bournemouth AC‘ in the results of their events! 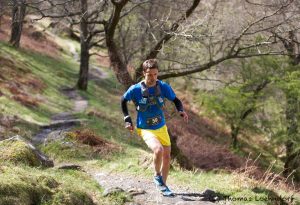 Jez Bragg pursues the leaders in the Hoka Highland Fling

In Scotland, Jez Bragg ran the ‘Hoka Highland Fling‘, a 53 mile trail race along the southern stretch of the West Highland Way, from Milngavie (near Glasgow) to Tyndrum.  Congratulations to Jez, who, of the 625 finishers, was 6th in 7.38.58.  Prior to the event, there was a report about it in the ‘I’ newspaper, which mentioned Jez as one the favourites, such is his fame.  99.9% of us would be ‘over the moon’ with such a performance and result, but, for Jez, whose training has been affected recently by some ill-health, it may not be entirely satisfactory.  We don’t know, but if that is the case the only way back to the top is never to be satisfied, and certainly, as far as we’re concerned, this was an amazing performance which continues to mark Jez out as one of the leading Ultra Runners around – and he’s one of ours!!  For a fascinating report of Jez‘s run see www.jezbragg.blogsport.co.uk. 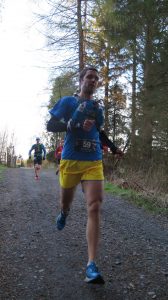 Meanwhile, in Yorkshire, Damian Boyle was tackling the Yorkshire 3 Peaks race, a tough challenge taking in Pen-y-Ghent (2262 ft), Whernside (2374 ft) and Ingleborough (2370 ft) on the 23.3 mile course.  This year, the challenge was even more tough because of the conditions, which included hail and snow (deep on Pen-y-Ghent) and slippery surfaces, particularly on Whernside.  So Damian, who finished 215th of a total of 703, and has run the race a few times before, was delighted to run a PB of 4.07.28.  Well done!

Just as an update to the report on the London Marathon, many congratulations to Steve Way, Jacek Cieluszecki and Toby Chapman, as it has now been confirmed that BAC have won the bronze medal as the third team.  Also many congratulations to Sanjai Sharma, who, following his run in London, is now ranked number 1 V55 in the country over the marathon distance.  As Sanjai‘s time is almost 4 minutes quicker than the second ranked athlete, it is highly likely that Sanjai will complete the year with his number 1 ranking. 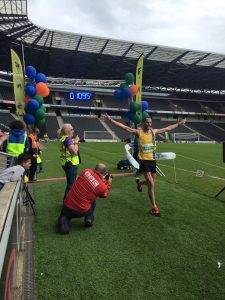 Steve Way‘s return to form, hinted at in the London Marathon, was further demonstrated in Monday 2 May, when Steve won the Milton Keynes Half Marathon in 1.09.49.  Steve was first of a total field of 2216.  For more information about the HM and Steve‘s current training and form see www.steveway.co.uk. 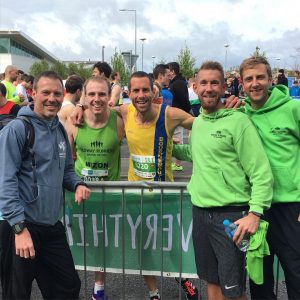 Everyone wants to have their photo taken with Steve Way – and why not?! 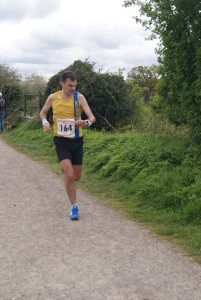 Jon Sharkey confirms that he’s about to better his previous NDVM time! 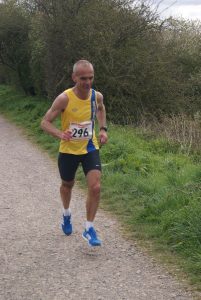 Simon Way about to finish the NDVM 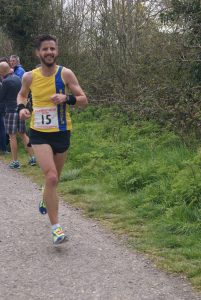 Damian Boyle about to conquer Ingleborough with Whernside in the background