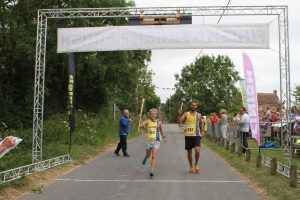 As Team GB collected medals galore in Rio, nearer to home another Olympic hero was being remembered and honoured at Shapwick with the Charles Bennett Olympic Mile (CBOM) on Saturday 13 August.  The sun shone, the cakes were delicious, and with races taking place at 15 minute intervals, followed by medal presentations, the atmosphere was tremendous.  Many thanks to the Mayor of Wimborne, Councillor Sue Cook, and to Chris Bennett, who is Charles Bennett‘s grandson, who were kind enough to come along and present the medals.  This was a series of mile races, for all ages and abilities, around the village of Shapwick, the birthplace of Charles Bennett, which proved a huge success, thanks to the hard work and organisational ability of Jez and Gemma Bragg, both members of BAC, and residents of Shapwick, who wished to continue what is becoming a tradition of celebrating the village’s Olympic hero every Olympic year. The tradition started in 2000, when the first CBOM was organised by the late, but very much remembered, Brian James, and, although continued by the Shapwick residents at a local level since then, the next large-scale event came about in 2012, the year of the London Olympics. However, the success of the 2016 CBOM can be measured by the fact that the number of runners taking part increased to 180 from the 152 who competed in 2012.  Charles Bennett, born on 18 December 1870, won the 1500m at the Paris Olympics in 1900, becoming the first Great Britain track & field athlete to be an Olympic Champion.  He is remembered in Shapwick at the Charles Bennett Memorial Green, at which details of his achievements are recorded, and a restored headstone marks his grave in Kinson Cemetery – he died on 9 March 1949.  More information about Charles Bennett can be found at www.shapwick.com.  The CBOM consisted of races around a measured mile course, with separate races for Shapwick residents, U10 boys and girls, U17 boys and girls, a wheelchair race, a mens’ combined Junior, Senior and Veterans, and a similar combined race for the Women, a ‘Public’ race for anyone who wanted to ‘have a go’, and an Elite race for sub 5 minute men and sub 6 minute women milers.  The Elite race was won by James Thie, who travelled all the way from Cardiff to take part, in a time of 4.19.  James is the current World Masters Indoor Champion at 800m, 1500m and 3000m, and is the Welsh Record Holder for the Indoor 1500m and 2000m.  His achievements include 4th IAAF World Indoor Champions 2004, and 6th (2005) and 9th (2007) at the European Indoor Championships.  James is currently Head Performance Coach at Cardiff Metropolitan University, coaching, over the years, numerous medallists and finalists.  James has a mile PB of 3.57.71.  BAC athletes who competed at Shapwick were Steve Way, running in the Elite Race as final preparation for the Ultravasan 90k in Sweden, Jud Kirk, Dave Parsons and Mark Annis, who ran in the Mens’ Race, Paul Chapman, who ran in the Public Race (Paul, for the rest of the afternoon, was assisting Daniel Webster, who produced all the results), and, of course, Jez and Gemma Bragg, who carried the Olympic Relay torches in the Village Race (full results are available at www.shapwick.com).  Many more BAC athletes helped with smooth running of the day, and thanks are due to Jim Bailey, who provided an entertaining and informative commentary throughout the afternoon.  But the final word really must go to the Bragg team, Jez and Gemma, without whose inspiration, followed by hours and hours of hard work, the CBOM 2016 would never have happened at all, never mind being the success it undoubtedly was. 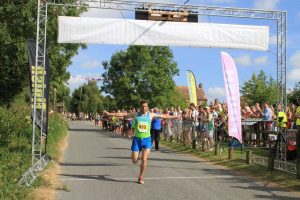 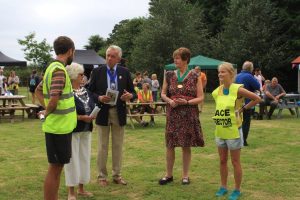 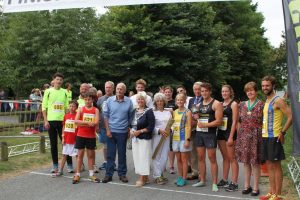 The contestants in the Village Race with Chris Bennett and the Mayor of Wimborne, Cllr Sue Cook 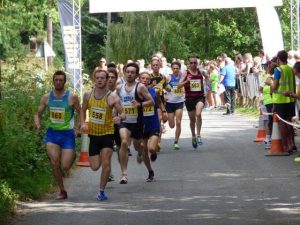 The Elite Race gets under way 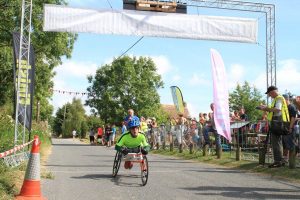 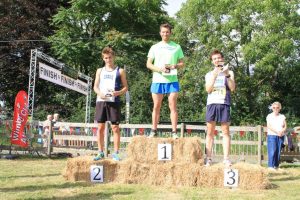 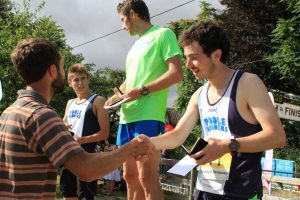 Jez Bragg presents the Bronze medal for the Elite Race to Daniel Mulryan, with James Thie (Gold) and Andrew Smith (Silver) also on the podium 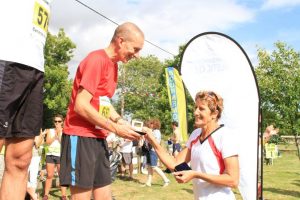 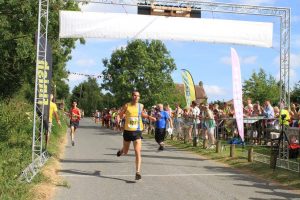 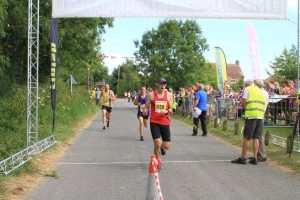 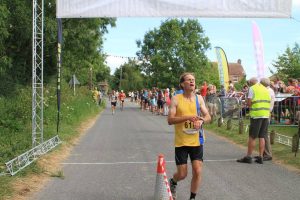 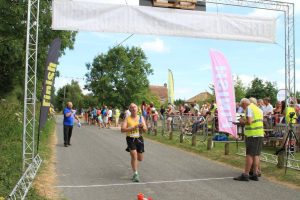 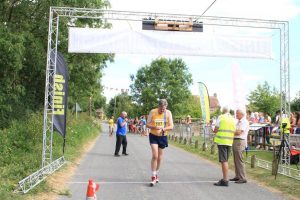 BAC athletes also assisted in the running of the event………………….. 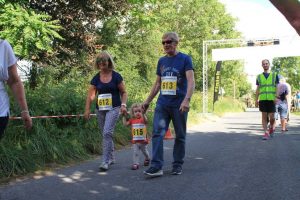 Max Catterall was the essential ‘sweeper’ throughout the afternoon 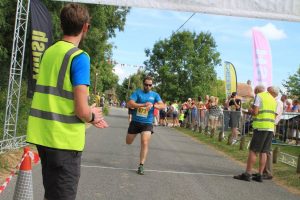 Toby Chapman provided invaluable assistance at the finish throughout the event