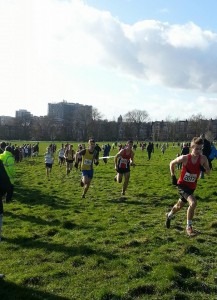 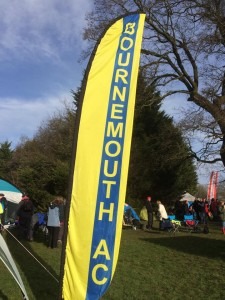 Many congratulations to Anthony Clark on his selection to compete for England in the Anglo-Celtic 100k Plate, to be held in Perth, Scotland, on 27 March 2016.  Anthony is continuing what is almost becoming a tradition of BAC athletes forming part of the England team, with Steve Way and Jon Sharkey (twice) having competed for England in the last two years.   It is very pleasing that Anthony‘s Ultra credentials have been recognised by the selectors, for instance by his win in the inaugural Ox Ultra last year.  He will be joined in the Anglo-Celtic Plate by Paul Navesey (Crawley AC),  Nathan Montague (Swindon AC) and Chris Singleton (Barlick FR).  We wish the entire team good luck and every success.

Also selected for international duty was Zac Kerin who, for the second time, has acted as a jumps coach for a GB/England team.  Having successfully coached the GB jumps squad at the World U18 Championships in Colombia, South America, last year, Zac travelled with the England team to the Elan International Meeting in Bratislava on 31 January, as team coach to three senior and one U20 triple jumpers.  In their competitions, Nathan Fox and Sineade Gutzubre were second, and Naomi Ogbeta, in her final jump, created a new British junior record.  Unfortunately, Daniel Lewis had to withdraw after his second jump.  Zac had worked with Naomi in Colombia, and Naomi was delighted to see Zac turn up in Bratislava!  Nathan and Sineade (and Daniel) are all very experienced and established senior jumpers, coached at home by Aston Moore and Frank Attoh, very well respected world class jump coaches, so this was quite a challenge for Zac – a challenge which he met, as they all valued his help, and he has now been invited to act as the team jumps coach for British Athletics at the U18 European Championships in Georgia this summer.

Needless to say, we are very proud of Zac, and Anthony, and, of course, our Senior Ladies’ Cross Country team!