There have been numerous BAC wins and PBs in the Bournemouth and Poole Parkruns recently, together with a visit to one of the Kings Park races by BAC legend, John Boyes, visiting briefly from his home in France – more about John and the Parkruns later on.

The Kingston Lacey Running Festival took place on Sunday 8 June, consisting of 5k and 10k races and a Half Marathon.  Gemma Bragg flew the BAC flag at the event, finishing 10th of 224 finishers in the Half Marathon.  Gemma‘s excellent time of 1.32.23, on an off-road course, gained her a podium place as second lady.

Although not road-running, mention has to be made of the contribution BAC road runners to the club’s win in the BAL National League 4 at Mile End (wherever that is) on  7 June.  As a result, BAC, after two matches, are 3rd (of 6) in the League and, bearing in mind just how comprehensive was the win at Mile End, if this level of performance can continue throughout the season there is no reason why the talk of promotion in the Bournemouth Evening Echo report should not be realised.  Steve Way and Jacek Cieluszecki were 1st and 2nd overall in the 5000m, in times of 14.54.85 and 15.26.90 respectively, thus winning maximum points as winners of both the ‘A’ and ‘B’ string races.  Jon Sharkey was 2nd in the 3000m s/c ‘B’ and in the 1500m Rob McTaggart was 4th ‘A’ and David Long 2nd ‘B’.  Many congratulations to the entire BAC team on this highly creditable win which, unfortunately, is apparently not being reported on in full elsewhere on this website.

So to the Parkruns.  It was a pleasure to welcome BAC Life Member John Boyes back to Bournemouth on Saturday 7 June when he ran the Parkrun in Kings Park.  There is no space here to detail all John‘s achievements, but one of the most memorable of these must be his win in the Glasgow Marathon in 1984 in a time of 2.14.  Following a 2.17 run in London earlier, John had been picked to represent England in the Glasgow race, which doubled as an International competition, and was part of the winning England team.  The next year John went on to run his marathon PB of 2.13.20 in Holland.  The photograph shows John with BAC athletes at a training week organised by John at his home in France one of whom is, of course, Steve Way, BAC‘s ‘legend in the making’ and surely Steve must have benefitted greatly from his contact with John, who, along with his wife Kath, continues to provide training/activity holidays (or just holidays!) in a beautiful part of France details of which are available at www.pyreneanretreat.co.uk.  At the Bournemouth Parkrun, John, now M55-59 category, was 13th of a total of 156 in 20.37 (assisted by his dog, Robbie),  and 2nd in his category (to BAC‘s Jud Kirk!)

Staying with the Bournemouth Parkrun of 7 June, congratulations particularly to Emma Dews, 3rd overall and 1st lady, Brendon Meredith, 9th overall and 2nd JM15-17 and Elsa Charlwood, 16th overall and 1st JW11-14.  Also running, in addition to John Boyes, were Jud Kirk, 1st M55-59, Mike Cowham and Will Price.  The week before, 31 May, Emma was again 1st lady (6th overall).  Roy Long was 2nd in what was then a PB time for the course, and in 3rd place was Ross Smith, son of Barry Smith, in his day one of BAC’s star runners and now a coach.  Ross is clearly a ‘chip off the old block’ and has improved rapidly over the last few weeks as a result of regular participation in BAC training.  Ian White was 8th and very closely following Ian were two more BAC winning youngsters, namely Bridget Dence, who ran a PB for the course and was 1st in her age category (and 2nd lady after Emma), and Sebastian Hearn, also winner of his age category.  Two weeks later, 14 June, and again there was considerable BAC participation in the Bournemouth Parkrun.  Roy Long was again 2nd, and improved on his PB of two weeks earlier, and Emma, for the third week running, was 1st lady (5th overall).  Emma was followed in 6th place by Damian Boyle and 11th was Ian White.  Next BAC athletes were Jud Kirk, Steve Cox, Joe Price, Helen Ambrosen, Patrick White (Ian‘s son on break from university), Samantha Laws and Will Price.  It is interesting to note that on 14 June at Bournemouth 1st and 3rd were ‘unknown runners’.  Could either of these have been David Long, again running without his barcode??!  193 competed the Bournemouth course on 31 May, 156 on 7 June and 234 on 14 June. Meanwhile, in Poole Park, BAC were also achieving wins and PBs in the Poole Parkruns.  On 31 May Jon Sharkey was the winner, with Chris O’Brien 15th (of a total of 513). Chris went on to run the Poole 10k the next day.   The following week, 7 June, of the 489 finishers, Bridget Dence ran well to finish as 1st lady, 15th overall and a PB for the course.  The next week, 14 June, saw another BAC winner in the form of Jacek Cieluszecki, and in 5th place, of a total of 513, was Jamie Grose with a PB for the course.

Saturday 19th May saw BAC make the trip to Salisbury for the second Southern Athletics League match. After having finished last overall in the previous fixture at Plymouth, the team was looking to improve, despite a few withdrawals due to injury and exams. The sun shone down on a beautiful day, and conditions were ideal for both track and field alike.

Events began on the track with the 400m hurdles, with Sarah Kearsey and Danielle Marshall racing in the A and B sting, respectively. Kearsey finished second in 65.4secs, while Marshall finished 3rd in with a highly impressive 74.0secs for a debut performance.

The 800m followed with both of BAC’s men gaining PBs; Jamie Grose came 3rd in the A race with 2min 00.5secs, while David Flicos ran in the B race.

Next was the women’s 100m, with Kearsey and Jemma Bates both finishing third in the A and B races. The men’s race followed. Moinul Uddin came 4th in a highly competitive race, with a PB of 12.1secs, all the more impressive given he is in his first year of the under 17 age group, and was racing against senior athletes. Jamie Williamson, also an U17 gained a PB in the B race with 12.0secs. Ex-BAC athlete Peter Mitchell also ran as a non-scorer, gaining a PB of 11.2secs.

The 400m was next up. Bates came 3rd in the women’s race, while in the men’s race, Muiris Egan gave a master class in 400m racing tactics. In a close race, he overtook the Bracknell athlete in the closing metres to secure maximum points for Bournemouth.

This was followed by the 3000m, with Samantha Laws running in the women’s race, and David Long finishing a strong 3rd in the men’s race.

Next was the women’s 200m. Kearsey and Marshall both finished 4th in the women’s A-string and B-string races, respectively, and Bates came 3rd in the non-scoring race. Meanwhile for the men, Egan ran to a SB of 23.1secs in 3rd place in the A race and Uddin came 4th in the B.

BAC’s men amassed maximum points in the 1500m, with top spots in the A and B string. Rob McTaggart gained a season’s best of 4mins 07.1secs, while Grose gained another PB of 4mins 14.2secs. In the women’s race, Laws finished 5th.

Ian White came 3rd in the men’s steeplechase, while is the women’s race, Laws dug deep to finish 4th, in what was her 3rd middle-long distance event of the day. This event was sparsely filled, and so the points gained by these athletes were to prove highly valuable.

The final track events were the relays. The ladies’ 4x100m team of Anya Kay, Madeleine Smith, Marshall and Kearsey claimed 2nd spot, while the men’s team of Uddin, Karl Welch, McTaggart and Egan came 4th. The ladies’ 4x400m team of Janet Dickinson, Bates, Marshall and Kearsey struggled to keep with the pace of some strong opposition, finishing in 4th place. The men’s team also finished 4th, with Grose, McTaggart, Welch and Egan bringing the baton home. The efforts of these athletes, may of whom had competed in several events throughout the day cannot be faulted.

In the field, U17 Madeleine Smith put in very impressive performances, winning the A-string for both long jump and triple jump, leaping to 4.45m and 9.98m, respectively. Meanwhile Angie Spall claimed second place in the B-string long jump. White and Flicos competed in the men’s long jump, and later on Peter Briant and Flicos took part in the triple jump. Although these events were not necessarily the usual events of these athletes, the team was enthusiastic to pick up crucial points for the club.

In the ladies’ throwing events, Janet Dickinson was the standout performer, with PBs in several events. She won the A-string hammer with 33.77m (PB), while Anya Kay won the B-string. In the men’s event, Briant came 4th in the A-string and White came 3rd in the B-string.

Both Dickinson and Kay came 2nd in the discus for the A and B-sting, respectively. Both had very impressive throws; Dickinson threw a PB of 26.40m, and Kay gained an SB. Meanwhile, both Briant and Flicos competed in the men’s event.

In the womens’ javelin, both Dickinson and Spall threw well to come 3rd and 2nd, whilst Briant and Flicos came 4th and 2nd, respectively.

Thanks must of course go to the officials who accompanied the team; Wynne and Ray Munden, Robin James and Hazel Bates, all of whom helped with the running of the event.

All in all, the team put in a lot of effort, beating Bracknell to 3rd spot overall by a mere 5 points. This slim margin was gained by athletes competing in events which were not their natural choice to earn a few points for the team. Hopefully at the following competitions, the turnout will be even stronger, and BAC can perform to the level that it is truly capable of.

The above report was written using results from thepowerof10, which can be verified using the following link: http://www.thepowerof10.info/results/results.aspx?meetingid=103518. Many apologies if I have missed anyone out, and if any of the information is incorrect, please do not hesitate to contact me so I can rectify it! (I can usually be found at the track, when not at university, or alternatively contact me on Facebook) 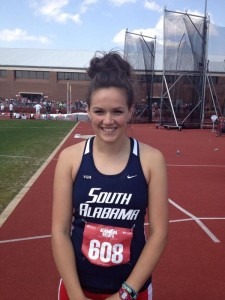 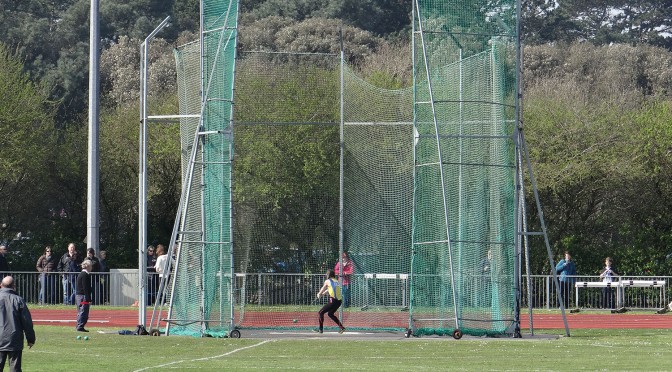 Results of the Bournemouth AC John Rumbold Open can be found on the Power of 10 website and here: Open_quadkids_results. Our thanks go to all the athletes, supporters, officials and volunteers who made the event a great success. 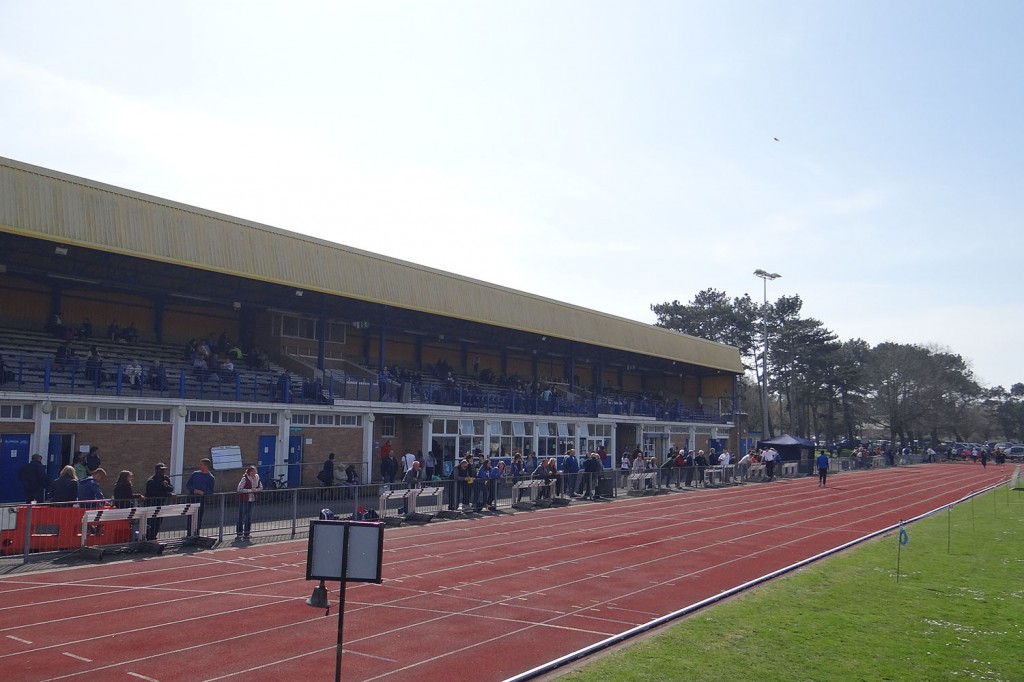 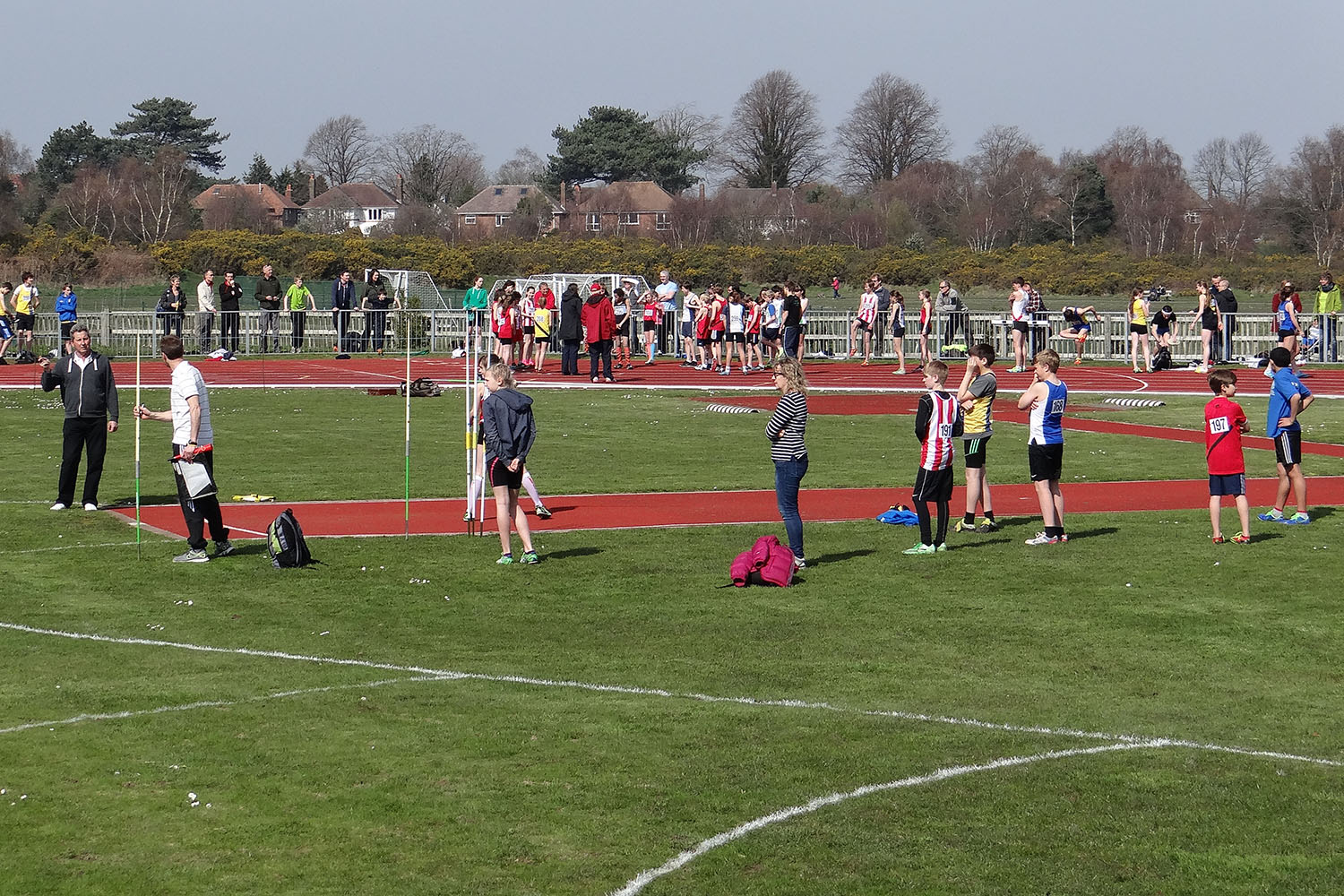 There aren’t any posts in this section yet 🙁